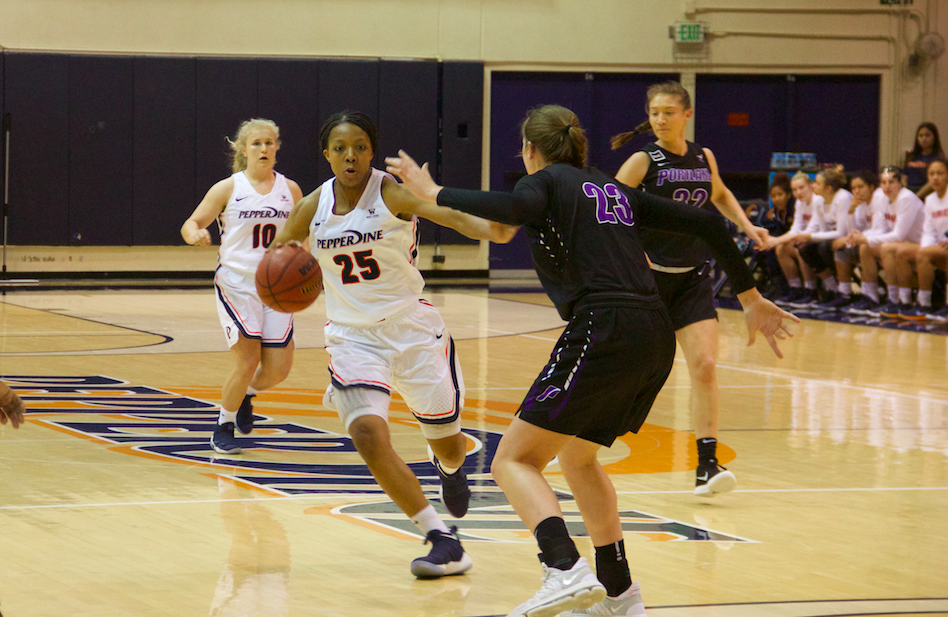 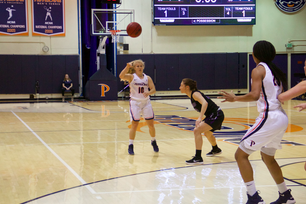 The Waves battled the Pilots in a close one to begin, with the score tied at 19 after the first quarter. By the end of the second, the Waves led, 39-36 before falling behind in the third quarter by five, 63-58. The deciding fourth quarter came down to the final minute.

With one minute remaining in the fourth, the score was tied, 77-77, but Robinson-Bacote buried a two-pointer to give Pepperdine the lead, 79-77. 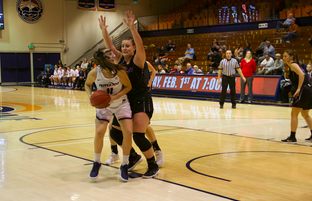 Portland was fouled with 21.5 seconds left and made one free throw to cut it to 79-78. Jacobs returned the favor, making both shots at the free throw line, extending the lead, 81-78. Portland was fouled again. Portland sophomore guard Kate Andersen closed the gap by making the first shot, but her teammates failed to rebound the intentional miss on the second shot, leaving the score at 81-79.

With 4.5 seconds remaining, Fecske successfully drew another foul for two free throws. Fecske made both, securing the victory for the Waves, 83-79. 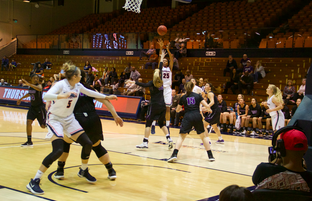 Pepperdine faced a tough loss during their next game on the road against the Pacific Tigers. The Waves tailed for all four quarters, ultimately losing, 73-84.

The Waves allowed the Tigers to score 17 points off of turnovers and fell short on the defensive end. With seven steals and 37 rebounds for the Tigers, the Waves were only able to hold a lead for two minutes throughout the game.

Robinson-Bacote repeated her strong offensive display, scoring a total of 31 points for the second game in a row. She also led the team on the defensive end, collecting eight rebounds.

On the final minute of the Portland game: “We started off really slow but we picked it up defensively and that’s how we got back into the game,” Robinson-Bacote said. “It was just the mindset of doing whatever it takes, getting on the floor, scoring, and rebounding. Whatever it takes to win, we are willing to do. The minute is really nerve-wracking because you don’t want to make any mistakes. When you play to the best of your ability, it usually turns out in your favor.”

On the Pacific Game: “We’re going to have to come out and have a strong defensive effort,” Head Coach DeLisha Milton-Jones said. “We have to rebound very well. Pacific beat us last time. We let their will outpower us the entire game. Now, we have to come out with a sense of urgency so we can walk away with a win on the road.”

Pepperdine hits the road for their next game against San Diego at 6 p.m. on Thursday, Feb. 8 before returning home to face rival LMU on Saturday, Feb. 10 at 1 p.m.