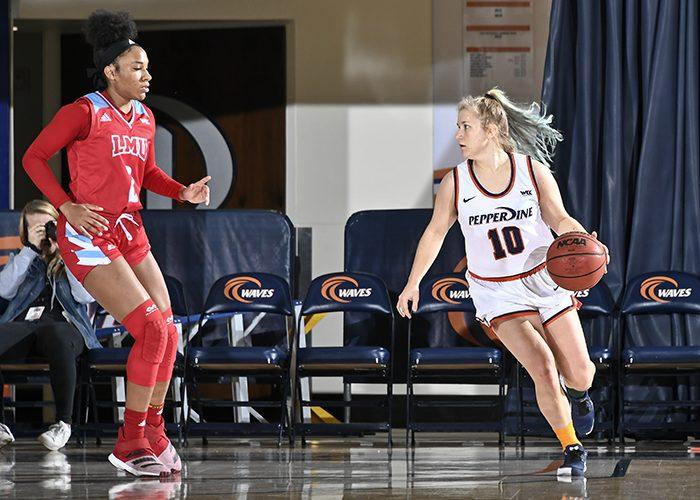 Despite 26 points from Paige Fecske, the Lions pulled away in the fourth quarter, jumping to a 10-point lead at the 5:40 mark.

Fecske, a senior guard, scored the first five points in the game, taking a three-point lead over the Lions. While the Lions held a 21–13 lead going into the second quarter, the Waves were able to cut the Lions’ lead to one by the half.

Throughout the third quarter, the Lions tied and recovered their lead until Pepperdine guard Malia Bambrick tied the game in the last 30 seconds of the third quarter. Loyola Marymount junior Chelsey Gipson made a three-pointer with 10 seconds left in the half, giving the Lions a 61–58 lead going into the final quarter.

“I think we transitioned well,” guard Barbara Sitanggan said. “We tried to push the ball. Obviously, they have key players, so I think we needed to lock in more on their one key player.”

While the Waves were able to come within one point of the Lions at the 1:41 mark, the Lions used their momentum to bring home the win. Stanley scored 16 points overall to lead LMU to victory.

Even though the Waves lost at home, guard Mia Satie said she saw this game as a way to support a cause greater than herself, no matter the score.

“Australia is and always will be my home, and I hate to see the devastation that has been caused over these past few months,” Satie said. “The fires went under the radar for so long, and a lot of people didn’t know about them, so I wanted to also bring that awareness to people in America.”

Through the Australian Red Cross, Satie was able to organize with Pepperdine Athletics fundraising and awareness efforts through flyers, videos and promotional tools. 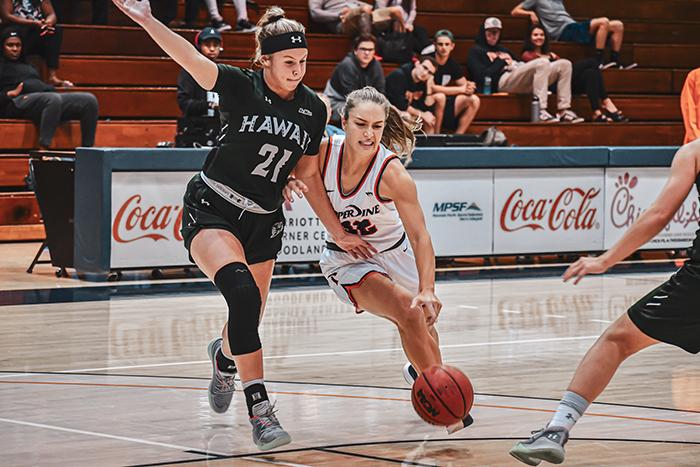 Satie drives in a Nov. 15 game against Hawaiʻi. She did not play against LMU. Photo courtesy of Sarah Otteman | Pepperdine Athletics

“I wasn’t home in Australia, and I felt helpless while everyone was going through so much back home,” Satie said. “I saw that DJ [Metallica] from Miami Men’s Basketball had done something similar, and I saw that he raised a lot of money for those affected, and I thought I could do the same because Pepperdine is such a strong community.”

While forward Monique Andriuolo and Satie’s homes in Australia remain unaffected by the fires, according to Sitanggan, their teammates support them by acting as resources.

“Just being there for them [Australian teammates] and just constantly checking in on them,” Sitanggan said. “None of their homes have been affected, but having this game to support them and knowing that there’s an outlet is really nice.”

Dowling said the Waves are more determined than ever for the Jan. 23 away game against Gonzaga University. 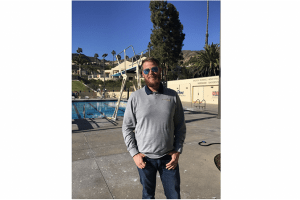 March 2019 file photo of Joe SpahnAs the 4–9 Swim and Dive team nears the end of their season, they are adjusting to a change...
Copyright 2018 Pepperdine Graphic
Back to top