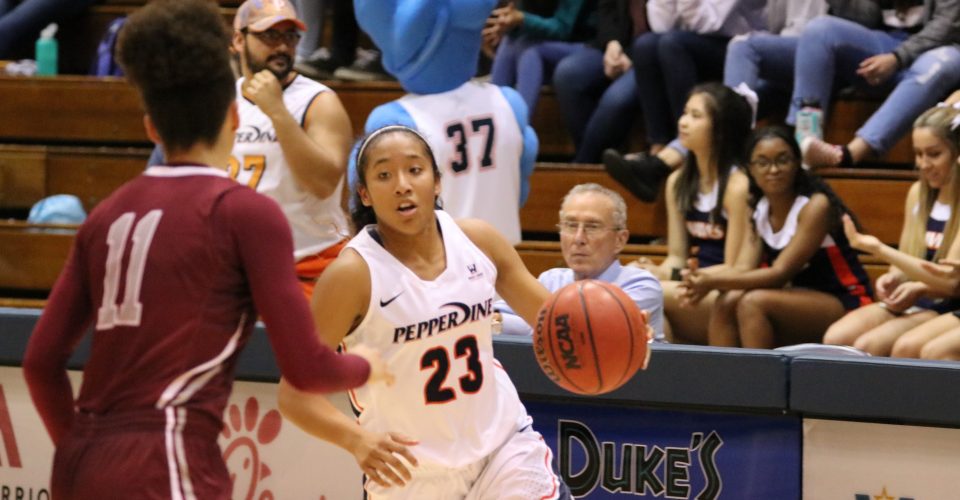 Pepperdine Women’s Basketball beat the Santa Clara University Broncos 74-48 Thursday, Jan. 10. The Waves, led by freshman Malia Bambrick’s 25 points, improved to 9-6 overall and 3-2 in conference play, while the Broncos dropped to 8-7 and 1-3 in the West Coast Conference.

This was the first of three straight home conference games for the Waves, with San Francisco and Loyola Marymount coming to town Jan. 12 and 19, respectively.

Pepperdine got off to a slow start, trailing by five halfway through the first quarter. But thanks to a 6-0 scoring run, the Waves ended the quarter leading 13-12.

“I think the thing that allowed us to have that slow start is whenever teams play zone you want to take a moment to kind of see how you can maneuver through it, and once we found our rhythm within it, it was lights out,” first year Head Coach DeLisha Milton-Jones said.

The score went back and forth for the first five minutes of the second quarter, before Pepperdine went on a 15-6 run to end the half with a 33-25 lead. Junior Deezah Battle scored five of her 10 points during that run.

“We just continued to push the tempo,” Battle said. “We really had to pick it up on the defensive end to get our offense going, and that’s how we ended up pulling away.”

The third quarter saw the game slip away from the Broncos. Pepperdine had a 12-0 run on their way to outscoring Santa Clara 24-8 in the quarter. Bambrick’s nine third quarter points made it her most productive quarter.

Pepperdine outscored Santa Clara 17-15 in the fourth quarter and achieved their largest lead of the game with 4:19 left at 72-38. The game ended 74-48 after the Broncos eight point comeback fell short.

The win puts the Waves in third place in the West Coast Conference, and gives them a 3-1 home record on the season.

“Anytime we can win a conference game, whether you’re on the road or you’re at home, it’s always huge,” Milton-Jones said. “And now that we have this momentum behind us, I’m hoping this win will spark a fire that will burn throughout the next two we have at home.”

Senior Yasmine Robinson-Bacote extended her double-digit scoring streak to 15 games with her 16 points and is looking forward to two more games at home.

“I think, especially now that we’re home, we’re comfortable,” Robinson-Bacote said. “We’re able to be around familiar things, we’re no longer on the road and in unfamiliar places, so I think it’ll be great for us overall just to be able to get back to what we’re comfortable with and playing in front of people that are here for us.” 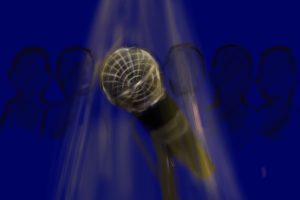 Art by Ally Armstrong This past week, the Pepperdine Presidential Search Committee announced the five finalists for the position....
Copyright 2013 Jupiter Premium Magazine Theme
Back to top