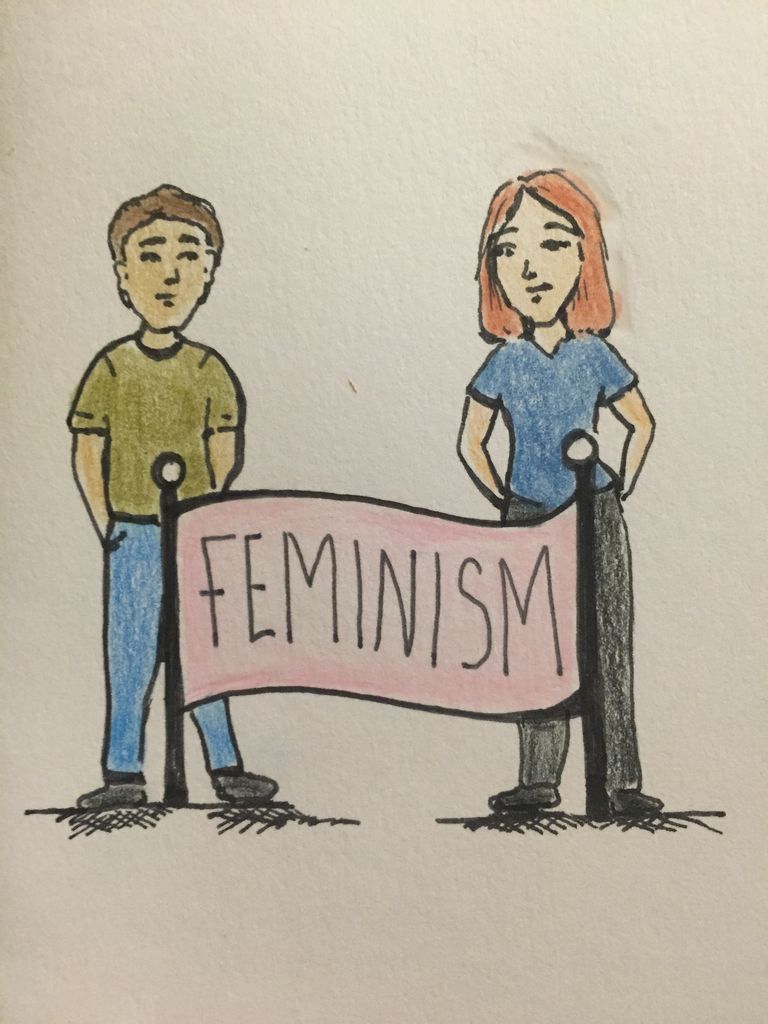 Full disclosure: I am a feminist. You may have picked that up from the title, but I’m saying it again, because it’s an incredibly important part of my identity. It’s right up there with being a Christian and being a filmmaker in ways that I identify myself. And since it’s so important to me, I have a tendency to talk about it. A lot.

Well, not really. In fact, in recent years, women’s political freedoms have actually taken a step backward. Several politicians want to ban abortion without any exceptions, even in cases of rape or if the mother’s life is in danger. They think that the existence of a fetus is more important than the life of its mother. In short, they don’t care if women die, as long as babies are born, according to an article published by MSNBC on Aug. 7, 2015 “GOP candidates: Ban abortion, no exceptions” by Irin Carmon.

But what if women don’t want to get pregnant in the first place? Too bad, because an employer can decide not to cover birth control through a company insurance plan because of religious reasons, according to Robert Barnes in The Washington Post in the June 30, 2014 article “Supreme Court sides with employers over birth control mandate.” Just birth control, by the way; there’s nothing out there about companies not covering Viagra or other male-targeted medications.

Never mind the fact that many women take birth control for medical reasons, like polycystic ovary syndrome, an incredibly painful condition that can have severe repercussions on a woman’s health. Never mind that if abortions are banned even if the mother’s life is in danger, birth control might end up saving a woman’s life. It’s becoming increasingly more difficult for women to have autonomy over their own health and sex lives, and there is no male counterpart to this problem. None.

There is also the continued existence of the pay gap. There’s the fact that most high-paying jobs are dominated by men, even though qualified women exist and are trying to get hired. Check out how 7 percent of Hollywood directors are women, and how studios simply won’t hire women because they’ve decided that women can only direct romantic comedies, according to the Jan. 13, 2015 Variety article “Number of female directors falls over 17-year period, study finds” by Brent Lang.

There’s the fact that domestic violence still exists, with women making up 70 percent of victims killed by an intimate partner, a statistic that has not seen much change since the ’90s, according to the 2009 Bureau of Justice Statistics factsheet.

Women do not have more rights than men, not in America, not in Europe and especially not in developing nations. This is a huge problem, one of the biggest problems facing modern society. Half of the world’s population is affected — how can it not be a pressing issue?

But many people still don’t want to hear about it. Some think it’s boring, or they can’t do anything about it, or they read an article about feminism last week, so why should they read another? I’ll tell you why. It’s because the problem hasn’t gone away. There’s a lot of apathy about feminism in developed countries, led by the erroneous belief that suffrage has somehow done away with all other problems that women face. This is simply untrue. If you need proof, just turn to the Internet, where mentions of female equality are often met with at best, hostility, and at worst, rape and death threats, according to the April 23, 2015 The Guardian article “Women are silenced online, just as in real life,” by Fiona Martin.

But I won’t be silenced. You’ll continue hearing about my feminist beliefs until the problem is fixed. And I’m not going to apologize for it. If you don’t want to hear about feminism, walk away. Just know that the problem I’m talking about is you.