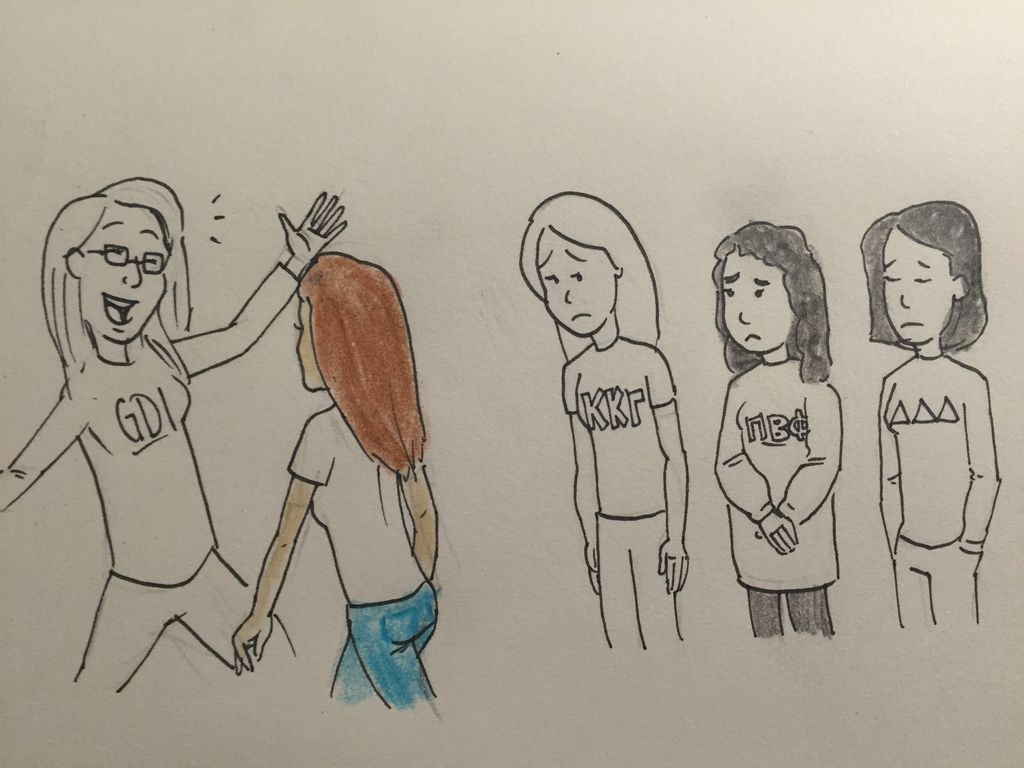 When I came to Pepperdine, I fully planned to rush — I even paid my pre-registration fee. But for some reason, I decided against it. As I reflect on the years I’ve spent at Pepperdine, I’m confident that this decision was the right one.

When I decided not to go, my opportunity to be in a sorority closed, putting me in the “independent” category with all of the other students who chose to do the same.

Indeed, I’m what they call a “GDI,” meaning “God d— independent,” an acronym that happens to be telling of my reason for deciding against Greek life — I’m too independent for the organized system that Greek life practices. Everyone’s different, but for me, joining a sorority isn’t necessary or ideal.

My independence is of utmost importance to me. I was willing to risk the possibility of missing out on the exciting social life that sororities and fraternities offer to maintain as much freedom as I could throughout college.

However, everyone is different, and for some people, joining Greek life may have been the best decision they made in college. But every decision comes with a sacrifice, and in my case, I was willing to sacrifice a portion of my social life to preserve my independence.

Additionally, I’ve never wanted to be identified with one specific group, because that seems to set a precedent — or possibly a restriction, depending on how one sees it — to not mingle with those affiliated with groups that are not my own. I want to be identified based on my own actions and values, not those of a particular group.

In the end, I didn’t want to be identified as a Theta or a Kappa or a DG, because whether we want to admit it or not, those names come with stereotypes that are often false.