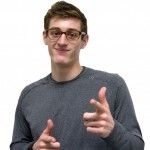 Something happened to me this weekend that nearly crossed the threshold of human experience into another transcendent plane of reality. I’m fairly certain that no one moment in the days and years to follow will ever eclipse the range of emotions I felt in this singular thread of time.

I was sitting in the front row, enjoying the Theatre Department’s presentation of “Bus Stop” — which was a fantastic play, just superbly acted by everyone in the cast — with a friend of mine.

About an hour and a half in, one of the show’s most dynamic characters reaches his moment of self-actualization, and the tears are beginning to flow like root beer at a Chuck E. Cheese. At this juncture of the play, which by all means could be referred to as “the climax,” a grandmother sitting next to me leans over to her husband and shouts (like they were in the front row of a Def Leppard concert and not in a silent black box theater) “LOOK AT HER LEGS!”

Alas, one of the characters in the play had on pantyhose with perfectly normal stitching lines running up the back of her leg. For the woman sitting next to me, though, this stitching was an egregious oversight that was taking her out of the moment and transporting her out of the 50s and back into 2013. Unfortunately, her exclamation did the same for everyone else in the audience. The others in the crowd joined in a giant collective gulp of terror, and the one brave soul who sneaked a soda in choked up the contents in their mouth.

Even the actors on stage stumbled a bit at the loud noise coming off stage left. This wouldn’t have been that big of a story though, if not for what came next — because it was a game changer.

This grandmother’s feeble husband leaned over to her and said something along the lines of, “Honey, I think you might have said that a little too loud, sweetheart. Everyone’s looking.”

Aw, what a sweet and gentle guy, right? Wrong. Because she replied, without an ounce of remorse or prior reflection, “JUST DO WHAT I SAY!”

My eyes were grapefruits. I looked like a nocturnal tarsier on acid.

This exclamation was at least three times louder than the outburst before, and it caused me, sitting next to her, to break out into a giggle fit. What a response from that sassy senior citizen! Here she was, with the opportunity to apologize for her previous indiscretion, to admit she’s lost control of her speech volume in the waning years of her life, but no — she doubled down. And that was brave as hell.

What’s the lesson here? Is it to keep quiet when people are acting their hearts out? Is it to have common courtesy and admit when you’re wrong? Or is it, perhaps, to grab your faults by the throat and own up to them, like an albatross turned into fashion accessory around your neck?

This moment left me speechless. I don’t know the lesson. What I do know is that it was one of the funniest things that has happened to me in a long time. So, for that, all I can say is thank you.

Seven classes everyone must take

Seven classes everyone must take

Every major, in my humble opinion, has tremendous value and can offer something worthwhile and unique to the professional...
Copyright 2013 Jupiter Premium Magazine Theme
Back to top