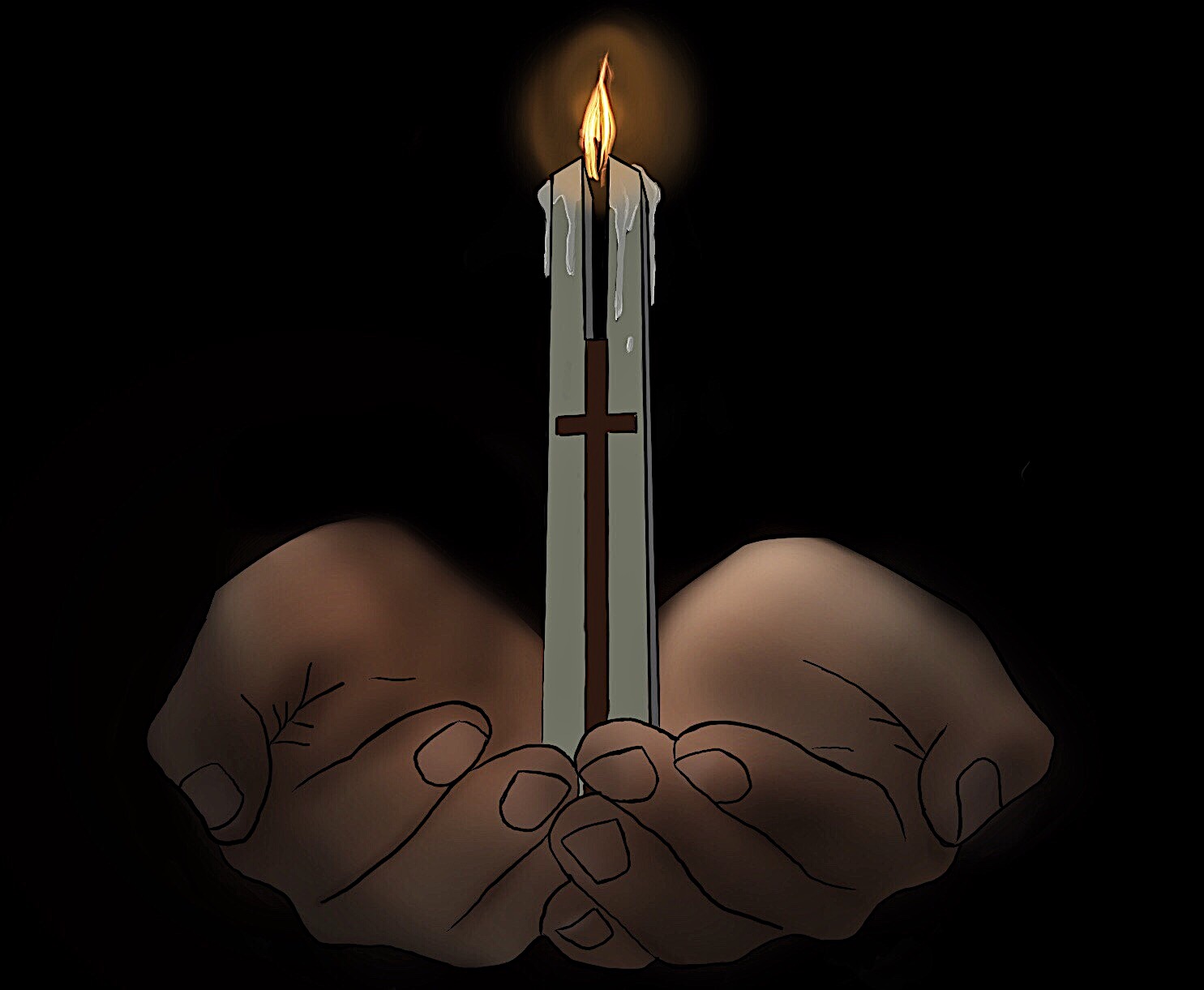 Editor’s Note: The following was written by University Chaplain Sara Barton in the
week following both the Borderline shooting and the Woolsey fire.

I sit on Pepperdine University’s Malibu campus as the Santa Ana winds relentlessly pound us for yet another day. This is day six since a man with a gun terrorized our students, killing our first-year student, Alaina Housley, and 11 others at Borderline Bar and Grill. This is day five since the Woolsey Fire burned through hundreds of our neighbors’ homes and threatened our campus and town. I watch in awe as a Los Angeles Fire Department helicopter pilot navigates high winds to expertly hover over the pond of reclaimed water on Alumni Park for about 60 seconds, withdraw 2,500 gallons of water and take off to drop it on a fire along Malibu Canyon Road. Our firefighting heroes still fight. Woolsey fights back.

The mother of one of our students rushed from Arkansas to Los Angeles as soon as she heard that her daughter survived the Borderline shooting. They settled down for the night at a hotel in Calabasas, only to be evacuated due to the fire. Another set of parents drove from Washington to be with their daughter who was also at Borderline, only to be stuck a few miles away in Santa Monica while she sheltered in place at Pepperdine as Woolsey raged through the night.

One wave knocked us down, and then another wave hit before we had time to recover. But we know what it’s like to be Waves. In normal times, it makes for an arguably creepy mascot and plenty of corny metaphors, but in times of trial and sorrow, the Wave is an opportunity. I pray that we will live into our name like never before on the journey before us. We have been knocked down, and we will never be the same.

We will not be overcome. Indeed, we will rise again. For we are Waves — not just those of us at Pepperdine, but all of us, as human beings made in God’s image, have the power to overcome. Like waves on the sea, we go on and on, as we are conquered and achieve victory. This is not some trite self-help message or prosperity gospel. History and theology and science attest that somehow, despite all the challenges we face, humans find a way to overcome great obstacles.

Yale professor and theologian Willie Jennings says God’s merchandise is expensive, but not in the way we often associate with Malibu. God’s costly merchandise is peace, hope and joy. For those of us who want to overcome life’s waves of sorrow and own God’s merchandise, we have hard work to do that no amount of money can buy. Advertising may promote the mall’s merchandise as the answer to life’s problems, but it’s time to take back what advertising says about life and call it out as crap.

The work before us begins now. Let’s first admit that peace, hope and joy can be consistent with great sorrow. Avoiding sorrow only perpetuates sorrow. Even though everything in us wants to avoid it, there’s no way through sorrow except straight through the middle.

Some of the most peaceful souls I have known were those who experienced great violence. Sarah Bizzu Schewe, a Ugandan woman whose parents were killed when she was a teenager, refuses to let her peace die with them and resists despair by greeting everyone with “Shalom.”

Civil Rights activist and preacher John Perkins endured racism and physical beatings in jail cells, and yet he does the hard work of resistance against hate as if he owns stock in hope. In fact, John and his daughter Priscilla were among the first to call with a word of hope for Pepperdine when they learned about the violence our students endured.

Katie Kilpatrick, one of my former students, knew the worth of God’s merchandise, and that became clear as she angled her diseased and cancerous body against despair and toward joy. When she died, people spoke of her inexplicable joy.

Jesus, an insider to God’s merchandise, taught us that suffering will not have the last word and showed us how to overcome. Admittedly, it takes concentrated discipline and practice to follow him. I think you could say it takes focus akin to a helicopter pilot who can land on a pond in high winds and fight fires for several days straight.

And now, Alaina Housley’s family is teaching us the same lesson. From their first public responses, Alaina’s parents’ message was clear: Alaina’s voice can live on and help us make a change, and that change will be the hard work of human kindness. While donations and peace vigils can help, they won’t make the long-term change that’s needed.

Change will come when human beings are kind and sincere, when they look up from technology and get involved in each others’ lives. The Housleys are encouraging us to stop the next senseless act of violence by being there for each other in community with peace, hope and joy.