Where do all the points go?

It’s always a hot topic of conversation, especially at the beginning of each school year. Generic, frustrated exclamations can be heard all over campus:

“I seriously ransacked the HAWC every day for a week last year, and I still had a million points left. If they carried over to this year, I wouldn’t have even had to buy a meal plan.”

It’s a question everyone asks. Why can’t meal points roll over?

According to the Associate Dean of Students Brian Dawson, it’s simply because that money is needed to cover both the University’s and Sodexo’s overhead costs.

“Whether you come in and use your points or not, Sodexo has still hired their employees to be there,” Dawson said. “If students don’t use those meal points, the staff still shows up, and the food’s still ready to go. It’s kind of a guessing game, but they’ve been doing it for a lot of years so they have it pretty finely detailed.”

Dawson said that of the money students spend on meal plans, about 83 percent goes to Sodexo, and about 17 percent goes to Pepperdine to cover all costs for supplies, appliances and facilities. “Overall, the meal plan is not a money-maker for Pepperdine,” Dawson said. “It’s a break even. So we’re thinking about how to give the best service to students but keep the cost at a minimum.”

Up until last year, Dawson said, the 250 meal points that do roll over between fall and spring semesters didn’t exist. Sodexo generally wants to raise up the cost of meal plans, he said, “but for the most part, for people who serve students, we want to keep it as low as possible.”

Dawson said that it was also due to student demand that Pepperdine switched about a decade ago from an all-you-can-eat system to an a la carte system. On an all-you-can-eat system, Dawson said, students paid for a certain number of meals each week and paid a flat fee to enter the dining services regardless of what they ate, which is why the dining area in the cafeteria still has turnstiles. In an a la carte system, students pay for each individual item they purchase, whether they want just a banana or a full meal. “I think our students are so involved in so many things, that this is a big grab-and-go culture,” Dawson said. “And so I think students value that and getting exactly what they want.”

But some aspects between the systems have remained the same. Regardless of what system is being used, there is still a certain amount of money necessary to cover all the operations, according to Dawson. “If students still don’t use all of it, it’s their choice, but we’re going to have to end it at some time during the year.”

Dawson said all points roll over between fall and spring semesters. A meal plan for the year works from approximately Aug. 1 to May 1. This year, unlike last year when students could use all their leftover points for summer, only 250 will roll over — with meal plan B, which is 1500 points per semester, or greater.

Dawson said meal plan B was designed as a base minimum of what students living on campus would probably need. The plan is designed for 10 meals per week.

But another important factor of the meal plan system is the number of food venues on campus, Dawson said. With 10 different places on campus that serve food, he said the administration needed to determine what the required minimum amount would be to keep all of the venues open, including paying salaries, maintaining supplies and paying for facilities.

“People could make the argument that if we only had two venues open, we could lower the meal plan a lot,” Dawson said. “But the flip side is that we’re also trying to provide really good services. So what do you want to cut out? Should we cut out the HAWC, Jamba, La Brea? If we wanted to lower [the cost of meal plans], we would have to start having those conversations.”

Dawson said these are the reasons that meal plan B is a minimum requirement for students living in designated freshman and sophomore dorms, unless they qualify for an exemption.

Dawson said he realized that the plan doesn’t work for all students and that, this year, there were about 20 exemptions. He said Housing and Residence Life checks to see if students didn’t use all their points the year before, looking at what they had in the beginning of spring since many students drain their points by lending their cards or buying unnecessary food just so the money won’t go to waste.

When students consider why their meal points don’t roll over between the years, they should think of their meal plans more like a gym membership than a gift card.

In California, there is a law that gift cards never expire. “Unfortunately, we’re not selling gift cards, we’re selling a program, a meal plan,” he said.

There is a benefit to purchasing a meal plan, though. Dawson said students using their meal points to pay can’t be taxed, which saves them nearly 10 percent since when people pay with cash, they are taxed. Dawson said that, though he hasn’t heard of any push to change the system, if there is a desire for a change, then students should voice their opinions.

“As administrators, we’re here to serve students,” Dawson said. “If students want it done a different way, we’ll look at it. Right now, we’re looking at off-campus meal points because students are pushing for that. It’s our job to look at what students want, the cost, how to put it in place, if it’s good for students and if it’s good for Pepperdine. If the answer is yes, then we’ll look at implementing it … If there is something you students want to see, we are open to hear it. We’re receptive to figure out what works best for you.” 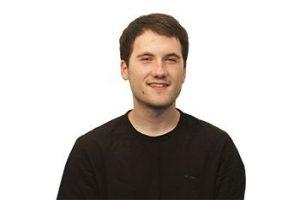 The Emergency Operations Committee is among the few groups on campus that hopes never to see its policy in action. But behind...
Copyright 2013 Jupiter Premium Magazine Theme
Back to top