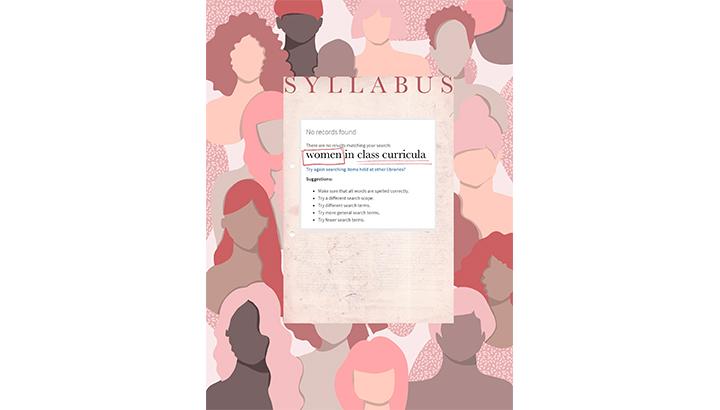 While academia has made great strides to include women’s voices, most syllabi are still centered on male perspectives, especially in the Pepperdine Humanities Department.

For many of the current professors, the syllabi from which they learned often excluded women. English Professor Julianne Smith said in her undergraduate years at Abilene Christian University, professors didn’t include material written by women in her classes.

“Awareness of having women’s voices is sort of an emerging sense that something was just not right,” Smith said. “After I graduated, I was looking at the textbook and I thought, ‘Wait a minute — there are no women in this book.’”

While Pepperdine professors continue to revise their syllabi, students said they believed more action needs to be taken to include women in their education.

Loretta Hunnicutt, professor of history and women’s studies, said she includes women from different cultural backgrounds in her lectures. For example, she begins her American history class by focusing on the contributions of Native American women.

“When you actually look at what kinds of roles women played in American history, you find out they were really pivotal,” Hunnicutt said.

Hunnicutt acknowledged that men have written most historical material and documents from their own gendered perspective.

“It’s not all conspiracy,” Hunnicutt said. “Sometimes it’s the easiest to document — the white man’s history. They were the most educated, so they left behind the most records. And so historians just take the easy road, the low-lying fruit.”

“It gives a really interesting opportunity for people to actually compare notes about their own experience, which is something I think people don’t do enough,” Shultz said.

He said his own professors introduced him to women’s poetry, and said he believed reading women’s poetry opened up another side of the world he hadn’t seen before.

“Suddenly, I’m reading this entirely different canon that my initial classes hadn’t introduced me to at all that showed me different ways of doing things,” Shultz said.

Great Books, a four-semester set of classes centered on the canon that greatly shaped Western history, includes few female authors in its syllabi. The colloquium’s brochure on its website mentions a total of 27 authors, only three of whom — Emily Dickinson, Mary Shelley and Maya Angelou — are women. However, Jane Austen has been the lone female author students traditionally read.

Shultz said his students often ask if Austen’s work is considered a great book because she conveys her messages more sincerely than the authors they have read up to that point.

“You get someone like Kant, who we read before Jane Austen, and he’s almost bullying you with logic,” he said. “Then you read Jane Austen, and suddenly, it’s this human story. One of the things that makes her such a fantastic writer is that she doesn’t have to beat you over the head.”

Only 30% of students said they believe that their classes at Pepperdine have sufficiently taught them about women across history or literature, according to a Currents survey of 221 students. A much higher percentage of women (53%) recognized the lack of inclusion, compared to less than 38% of men.

“[Women’s contributions] would be hugely beneficial to study because that’s an area both in writing but especially in history that I at least haven’t had a lot of contact with,” Heard said.

Even though there is an ample number of women playwrights, men have written most of the works included in her major’s syllabi, senior theatre major Catherine Bigelow wrote in an email.

“It leads to the female members of the class feeling as though their work is not as valid,” Bigelow wrote.

“Women are not always represented well, especially in works written by men long ago, but at least we discuss how the women are written poorly and that minimizes the cognitive dissonance,” Duffield wrote. “Women aren’t always well-represented in modern fiction either, so discussing this builds my ability to critically analyze what I see around me. The struggle is ongoing.”

While students and professors have diverse perspectives on including women in syllabi, one thing is clear: To understand women’s roles in shaping the world, academia must examine women’s contributions. Doing so will create a deeper understanding not just of women in the humanities but also the world as a whole.

If It Isn't Intersectional, It Isn't Feminism 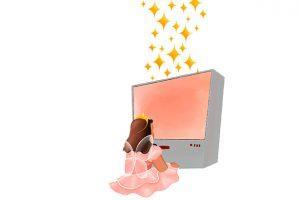 Art by Madeline DuvallIn a world where girls have historically been limited in opportunities, diverse and powerful female...
Copyright 2013 Jupiter Premium Magazine Theme
Back to top