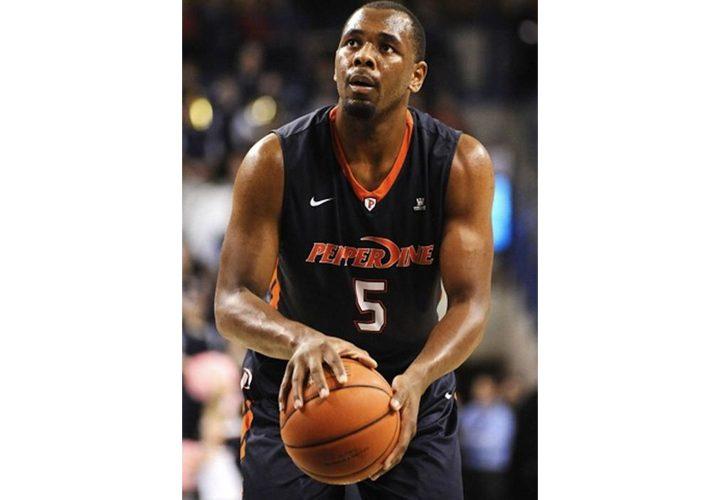 After a decorated college career, Stacy Davis occupies quite a few places in the Pepperdine Men’s Basketball record books.

At the time of his graduation in 2016, he was the program’s all-time leading scorer (1,786 points) and second all-time leading rebounder (994). The bruising power forward also ranks top-five all-time in free throws made and attempted, games and minutes played, and double-doubles (over 10 points and rebounds in the same game).

Davis also stood out among his peers in the West Coast Conference. With three All-WCC first-team selections and one honorable mention, he was the first Wave to make an all-conference team in all four seasons of his career.

Since leaving Malibu, Davis has carved out an established career playing professionally overseas, signing for teams in Ukraine, France, Mexico, Slovakia, the Philippines and Finland.

In the first installment of a “Where Are They Now?” series involving former Pepperdine student-athletes, the Graphic caught up with Davis in Hungary via Zoom, where he is waiting to return to play post-pandemic with his new team, Alba Fehervar.

Davis said his life and career since Pepperdine has moved quickly.

“It’s been a blur, but it’s been a blessing,” Davis said. “I’ve gotten to travel the world. My daughter was born right after I graduated, so I’ve been growing with her. It’s been a whirlwind.”

Unfortunately, the nature of Davis’ job means he can only see his family in stages. Because Davis is unmarried, his girlfriend and daughter are only allowed to be in Hungary for 90 days out of the year.

“I want to try to space it out,” Davis said. “I didn’t want to have them out here for the first three months, and then they go back and I’m here for another seven and I don’t get to see them.”

Despite his cemented status as a Pepperdine great, Davis said his new career path makes him feel like he has “two separate lives.”

“When you go from country to country — say you go out and get something to eat, or you and your friends go to a bar to relieve some stress — these people don’t know you from Adam,” Davis said. “They don’t know who you are at home or who you are back in the States. Even your teammates only know you in this medium as a basketball player, and what they’re seeing is how you operate in a different country.”

When he arrives in a new country, Davis said he tries to immerse himself in the culture, particularly when it comes to food. Davis, who loves to cook, has tried a number of exotic foods abroad, such as reindeer in Finland, which he said was “incredible.”

“I’m down to try anything once,” Davis said. “It’d be wrong of me for them to tell me to try something and I don’t. I’m limiting myself. And I’m already here in the country for nine to 10 months, so I might as well try it. I might like it.” 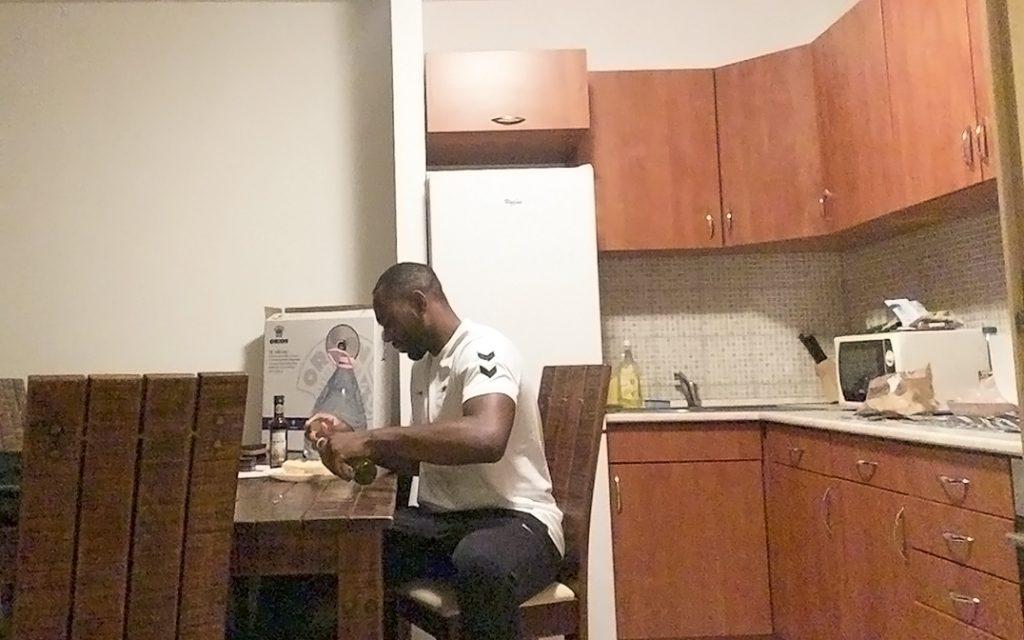 Davis prepares a meal in his kitchen in Hungary. During his global career, Davis has had the opportunity to try many exotic and regional foods, such as reindeer. Photo by Ali Levens

Hungary is the latest country for Davis, who agreed to a contract with Alba Feverhar in June and began practicing with the team last week. After his 2019–2020 season with Finnish team Nokia was shortened due to COVID-19, Davis is very thankful to have a place on a roster.

“In terms of stability, this has been a very interesting summer for me,” Davis said. “Obviously, there were going to be some financial ramifications around the world [due to COVID-19], so securing a job early was paramount.”

In order to be seen by the large network of international teams in sometimes remote countries, Davis said the key is signing with an agency that puts him in touch with other contacts.

“If you sign with an American agency, they typically have what I’ll call a middleman — which is like another agent that has a connection with certain teams or certain leagues,” Davis said. “Let’s say a team in Hungary says, ‘Alright, for next year, we need a shooting guard who has to be at least six-three, has to be a mid-range shooter and can play the pick-and-roll.’ […] They say that to the Hungarian agent, who tells the American agent what he’s looking for, and the American agent responds with anybody that he might be representing,” Davis said, adding that the “middleman” agents are talking to multiple agencies at once, so competition is fierce.

Foreign players tend to sign short-term contracts in Europe or Asia, and Davis himself is on his seventh team in his seventh country since 2016. He said navigating new environments, or “being able to introduce yourself over and over and over again,” is a challenge he has to face frequently.

“I wouldn’t say it’s stressful, it’s just something that comes with the territory,” Davis said. “It’s an interesting aspect of the job, but you get used to it. It is what it is.”

Another reason why Americans playing internationally become so well-traveled is the limited number of international roster spots allotted for each team — a rule usually instituted for competitive balance reasons.

Nokia, where Davis played last season, had five available international spots, while Alba Fehervar has only four. For other teams in Ukraine and the Philippines, however, Davis was the only American player.

Aside from the obvious cultural difficulties, David said being on a team as the only American also brings an intense pressure to perform immediately. He was cut by Filipino club TNT KaTropa after just four games so the team could sign another American.

Davis said his year in Ukraine — during which he was the only American player and in his first year out of college — was his toughest year professionally.

“There was definitely a language barrier there,” Davis said. “I’m 22 at the time, just turned 22 in October. I’m the only American on a team with guys who were 28, 29, 30. [They] had kids and families. I had a daughter on the way, but she was going to be an infant, so it was just different.”

Davis also said the maturity of his new teammates meant that they didn’t feel the need to socialize as a team like college players did.

“You go from college, where everybody’s the same age and you can go out and build relationships, and then I’m inserted into this ecosystem where after practice everybody goes to their families,” Davis said. “There wasn’t any, ‘Oh, let’s go over to such-and-such’s house and play video games, or play cards or hang out.’ […] Depending on where you’re at in the world, that’s typically how it goes.”

Now a few years into his international professional career, Davis is putting up numbers that echo his prolific college totals. For Nokia in 2019–2020, Davis was the leading scorer with 18.1 points per game and the second-leading rebounder with 6.6 rebounds per game. Davis also led the team with 32.4 minutes played per game, meaning he was put on the court more than any other player. While he has yet to play a game for Alba Fehervar, he is listed as a starter on the team’s depth chart. 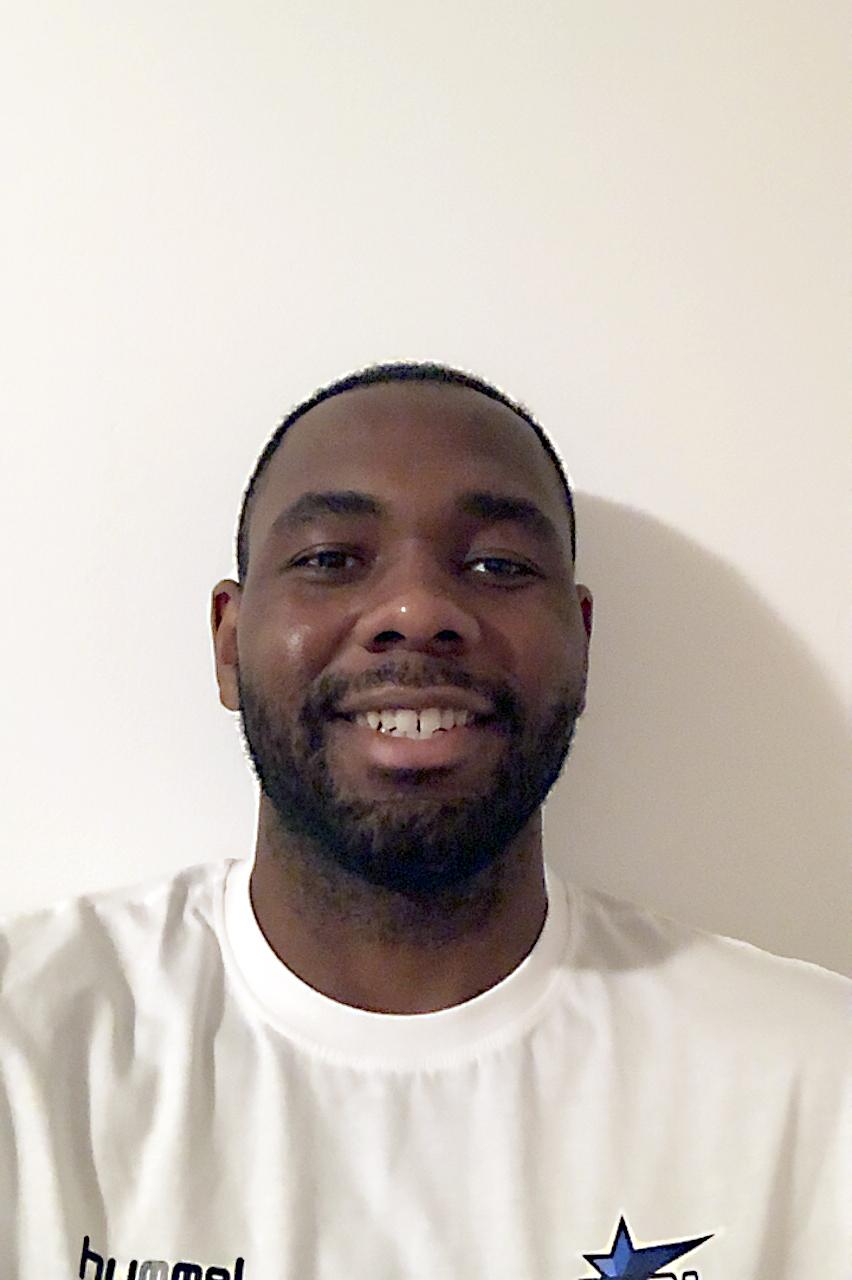 Davis smiles at his new home in Hungary. After a standout 2019 season for the Finnish team Nokia, Davis joined a Hungarian team, Alba Fehervar, as a starting forward. Photo by Ali Levens

A key difference between European basketball and NBA basketball is that in European leagues, there is no defensive three-second violation; European teams can have their big men permanently stand in the paint under the hoop, unlike American teams, which require players to rotate.

“The NBA is structured to create offense, whereas European basketball is more structured as a complete game,” Davis said.

Because of the still-elite talent in European leagues and the lack of emphasis on offense, Davis said that points in Europe are harder to come by.

“A guy averaging 17 or 18 [points per game] is basically the equivalent of averaging 25 to 28 in the NBA,” Davis said. “You have to think, in Europe, they can just sit in the paint, so if you have a 7-footer or a big, he can protect all the drives [to the basket].”

Four and a half years after his graduation, Davis remains one of, if not the best, statistical Pepperdine basketball players of all time. But his most illustrious Waves record is under threat.

Davis said that he has a “pretty good relationship” with Ross, working out with him a couple times and giving him advice if Ross ends up following in Davis’s footsteps overseas.

“[I’ve been] letting him know how things would work if the NBA didn’t pan out immediately — what to expect from playing in Europe at a high level, which he will do,” Davis said.

Davis said the relatively short period of time that he will have the scoring record is a testament to the Pepperdine program.

Although Pepperdine has undergone a coaching change since Davis graduated, replacing Marty Wilson with Lorenzo Romar, Davis said he credits the new coaching staff with making him feel welcome.

“Coach Romar and his staff have done an impeccable job,” Davis said. “They’ve opened up the campus to me and other alumni.”

Davis said he returns to the Pepperdine gym from time to time to shoot or work with Pepperdine’s strength coaches, adding that it was a “resource” to have access to facilities stateside.

Although he has ended up a long way from Malibu, Davis said he has no regrets about his professional career.

“I wouldn’t change it for the world,” Davis said. 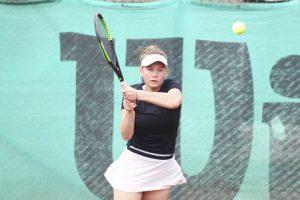 Freshman Taisiya Pachkaleva hits a backhand at a tennis tournament in the summer of 2019. Pachkaleva joined a stellar Pepperdine...
Copyright 2013 Jupiter Premium Magazine Theme
Back to top