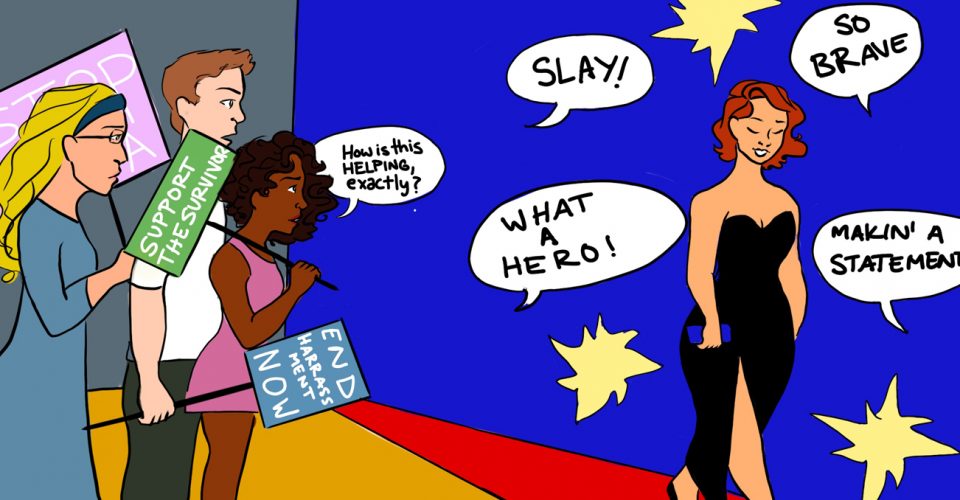 Nearly all of the attendees at the recent 75th Annual Golden Globes wore black on the red carpet and caused the hashtag #WhyWeWearBlack to go viral on Twitter. “Time’s Up” started this movement to bring attention to the power imbalance that allowed the current culture of sexual abuse and harassment to be excused. Even though this demonstration was done with good intentions, it ultimately distracted from the goal of creating a more positive environment in the American workforce. Bringing about change depends on actions, not appearances.

The group campaign “Time’s Up” pushed the idea to wear black to the Golden Globes. Many women in the entertainment industry started the movement to support those who don’t have the platform or resources to speak out about the harassment they have received. They thought that creating a “blackout” at such a public Hollywood event would bring more attention to the current workplace climate.

Talk of who was or wasn’t wearing black or “Time’s Up” pins distracted from that topic, creating unnecessary drama. When three attendees came to the red carpet dressed in outfits that weren’t black, people online ridiculed the women, according to Olivia Petter in her article “Golden Globes 2018: Actresses who didn’t wear black are now being trolled online,” published Jan. 8 by the Independent. In the same article, Blanca Blanco, who wore a red dress, said “The issue is bigger than my dress color … shaming is part of the problem.”

Meher Tatna, president of the Hollywood Foreign Press Assistant, said she wore red because black was culturally unacceptable in India, where she grew up. Tatna supported the “Time’s Up” movement and said she “hope[s] that this is a time of profound change,” according to Lesley McKenzie in her article “This is why Hollywood Foreign Press Assn. President Meher Tatna didn’t wear black,” published Jan. 7 by the LA Times.

Women are more than what they wear. For a long time, women have been judged for their appearances. The “Time’s Up” movement is about looking past clothes and make-up and seeing the people underneath. Bringing attention to what people are wearing, regardless of the intent, takes away from the point that this Golden Globes was trying to push.

Clothes didn’t bring about this change in attitude toward sexual harassment. People’s actions did.

When some Golden Globe attendees walked down the carpet, they emphasized “why” they were wearing what they were wearing, not who designed their outfits. Celebrities such as Emma Watson, Meryl Streep, Amy Poehler and Michelle Williams brought activists as their plus-ones, praising them in interviews on the red carpet. Some of the most notable speeches of the night, such as Oprah Winfrey’s, were centered on the “Time’s Up” movement.

Winfrey said we will overcome this injustice in the workplace “because of a lot of magnificent women … and some pretty phenomenal men, [are] fighting hard to make sure that they become the leaders who take us to the time when nobody ever has to say ‘Me Too’ again,” in her Cecile B. Demille Award acceptance speech. People like Winfrey are actively pursuing change, not just hoping that their outfits will do the talking for them.

During the Golden Globes, people like Winfrey instilled confidence in those who watched them on television screens; the clothes that the attending celebrities wore had nothing to do with that.

Change starts with action. Mentor others that don’t have great opportunities. Support those who have experienced injustice and listen to their stories. Actively fighting discrimination will advance equality much further than if people merely change their clothing. 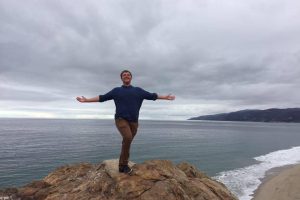