We Came. We Saw. We Burned Calories. 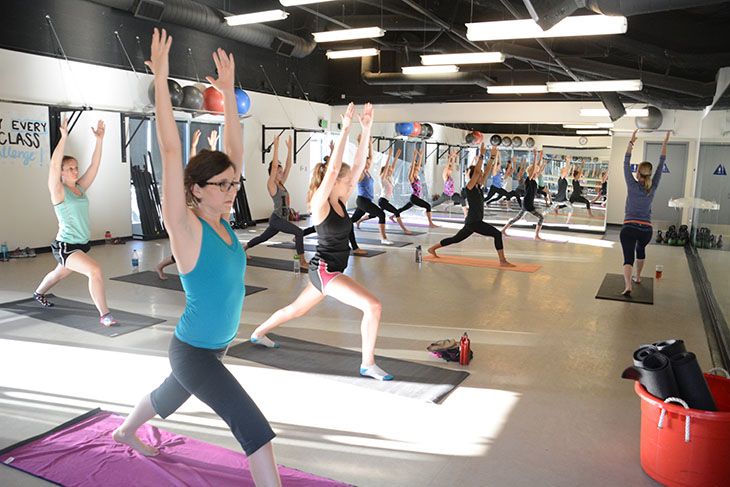 Early risers and night owls alike can find their groove with Campus Recreation’s Group Fitness Schedule. With nearly 15 instructors (and did we mention four different types of yoga?), workout classes begin as early as 6 a.m. and end as late as 8:50 p.m. Individual classes cost $5 per session, but for those ready to make a long-term commitment, the semester-long pass offers unlimited classes for only $60.

If you missed last week’s trial of free classes, it’s not too late to get your head in the game. We’ll catch you up.

For a sweat-drenching, high-energy workout, cardio kickboxing with Mike Bash is definitely the place to be. As a first-timer, I was a little nervous I wouldn’t be able to keep up with the kickboxing moves, but as soon as Fetty Wap’s “My Way” blasted through the speakers, I knew the next 50 minutes were going to be fun.

The playlist was great, but the teacher, Mike, was even better. The class moved quickly, as Mike constantly varied routines with a combination of jabs, cross-hooks, sidekicks and squats to work out different muscle groups. Just when your legs started to burn, Mike shouted out encouragement and made you smile as he incorporated hip-hop shimmies between his punches.

Whether you have never taken cardio kickboxing before or are ready to enter the ring with renowned kickboxer Giorgio Petrosyan, the fitness studio on Tuesday, Wednesday and Friday afternoons will be well worth your time.

Searching for a unique way to spend some time in religious devotion on Sundays? Look no further than sacred yoga, a new fitness class this semester meeting on Sunday evenings, led by Seaver alumna and fitness enthusiast Cecily Breeding.

“My goal with this class is to demystify yoga,” Breeding said after leading her first class of the semester. “I think still, even as mainstream as yoga is, there’s a lot of misconceptions about it: Some people think it’s a religion. It’s not. Some people think Christians can’t practice yoga, which isn’t true.”

As promised before we began, the class moved at a slower pace and was a great introduction to the practice of yoga for a newcomer such as myself. Breeding made a point to inform participants that they could move at their own pace, and she was quick to offer modifications for both beginner and advanced participants.

Breeding also did a fantastic job of introducing a spiritual side to the practice, seamlessly weaving scripture and biblical theology throughout the class and ending with a brief meditation that included mindful goals for the week ahead.

The unique blending of movement, relaxation and biblical theme makes for a wonderful study break. This unforgettable and rejuvenating spiritual experience will leave students feeling relaxed, renewed and ready for the week ahead.

It’s never a good feeling hearing an alarm go off at 5:27 a.m. The last thing one wants to do is roll out of bed, pull on a pair of yoga pants in the dark and go burn some calories. The moon was still out when I hurried into Zumba class five minutes late. I had one goal and one goal only: to be a hot and sweaty mess for my 8 a.m.

Resident director and instructor Kristyn Hernandez was sensitive to the ungodly hour, warming up the class with some upbeat numbers and ample opportunities to shake a tail feather. It’s hard to scowl while rolling your booty around and watching yourself do it in a room full of mirrors.

While the steps were simple to follow for a Zumba amateur, they got my heart rate going. Soon enough, I was smiling at my graceless reflection, thinking, “I’m having a good time,” which I didn’t think was possible before 8 a.m.

After a fair amount of salsa dancing (with a dash of hip-hop, perhaps?), Hernandez split the class into groups for core training such as rockies, squats and burpees. We rotated around the room armed with dumbbells, and thankfully, we could exercise at our own pace.

After some stretches and cool-down shimmies, Hernandez thanked and dismissed the class. There were no Zumba regrets on this end, as all my dreams were fulfilled; and my entire Spanish 252 class got to witness the post-Zumba glory.

Find your niche at the fitness studio; just grab your water and your Pepperdine ID and get ready to sweat.Visit the Campus Recreation website for more information on group exercises. 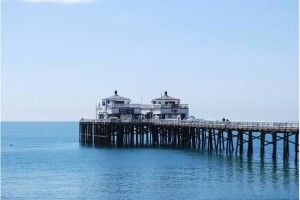 Photo by Veronica Johnson Applications for the City of Malibu Student Intern Program for the 2015-2016 academic year close...
Copyright 2018 Pepperdine Graphic
Back to top