Waves Roll Above .500 With Win Over Portland 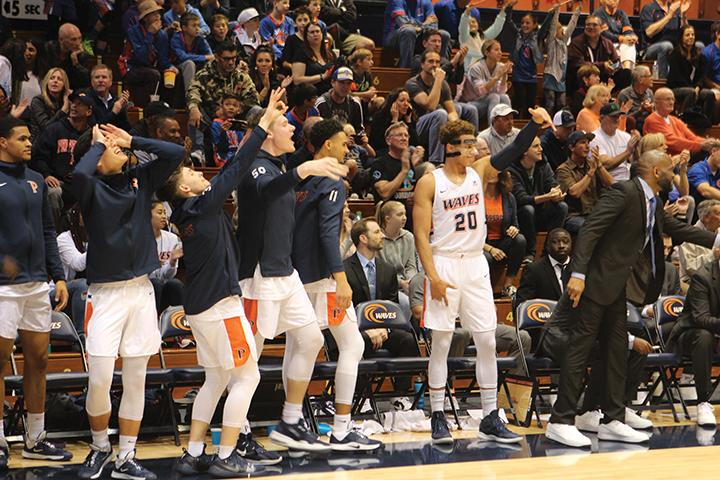 The Pepperdine bench reacts to a three-point shot in the first half of Saturday’s 80–69 win over Portland. Photo by Paxton Ritchey.

The two wins improved Pepperdine’s record to 11–10 with a 4–3 mark in West Coast Conference play that puts the Waves in a four-way tie for third place.

Pepperdine has now won four of their past five conference games, but Coach Lorenzo Romar said he saw a difference in his team’s performance this week.

“It’s true we’ve won four out of five, but I didn’t think we played right until the game against Santa Clara,” Romar said. “I thought tonight, for the most part, we came out and clicked again. So we’re hoping that we’re turning the corner and playing better basketball.”

For the Broncos, the loss dropped them to 16–5 (4–3 WCC) and snapped what had been a 17-game home winning streak at the Leavey Center.

Despite leading by six at halftime, the Waves needed a putback from Edwards with 50 seconds left to tie the game and send it to overtime. In the extra period, Ross hit a key three-pointer and made game-sealing free throws to clinch the win.

Down to a seven-man rotation due to injuries, the Waves had three players — Ross, Edwards and junior guard Skylar Chavez — play 40 or more minutes Thursday. But Edwards still said he was “feeling all right” afterward.

“I think, being a fifth-year senior, I’ve learned how to take care of my body a lot better,” Edwards said. “So [I’m feeling] better than I would be freshman year for sure.” 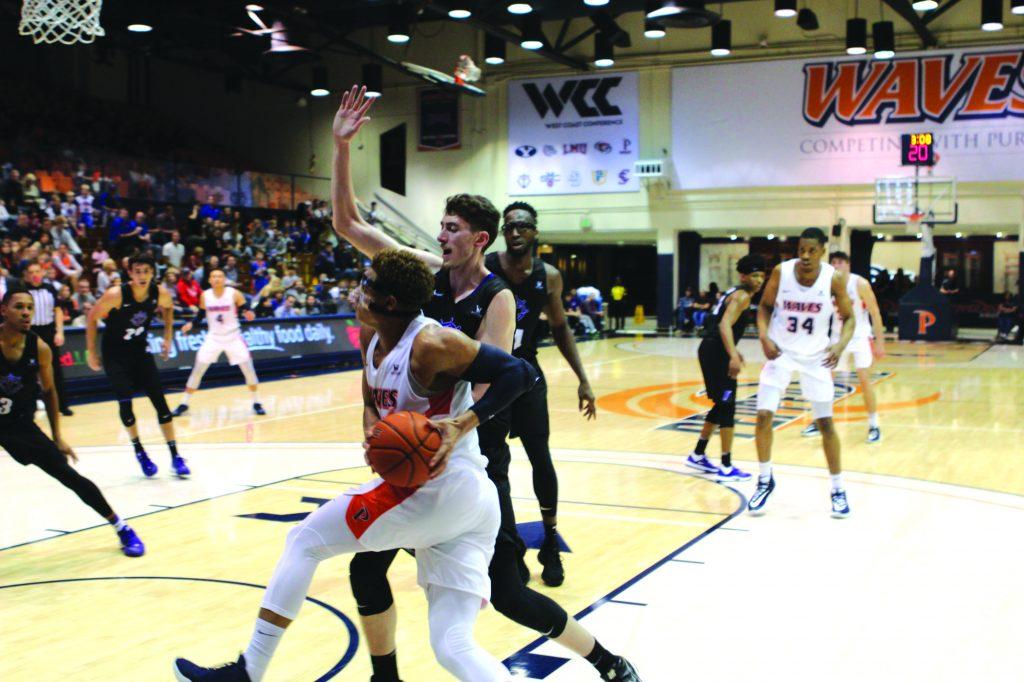 With Pepperdine taking the court less than 48 hours later against Portland, the Waves and Pilots were evenly matched at the start of the game. Two early Ross threes helped stake Pepperdine to an 8–4 lead, but Portland attacked with junior bigs Tahirou Diabate and Jacob Tryon, knotting the score at 20–20 with seven minutes left in the first half.

Then the Waves took control. Pepperdine went on a 13–0 run, punctuated by a three-point play off a jump shot from Ross. Many of Pepperdine’s points were sparked by sophomore guard Darryl Polk Jr., who ignited the Waves’ fast break with three first-half steals.

After a couple Portland buckets, Chavez scored eight straight points for the Waves to close out the half with Pepperdine up 41–24.

Edwards came out of the locker room on fire for Pepperdine, scoring the Waves’ first seven points after the break. Overall, 14 of Edwards’ 16 points came in the second half.

“I think in the first half, I was just rushing a lot of shots,” Edwards said. “Second half, I came out a lot more composed. I’m glad I was able to recover.”

Pepperdine led by as many as 21 with 14 minutes left to play, but Diabate and sophomore guard Takiula Fahrensohn spearheaded an extended Pilots scoring run that cut the lead all the way down to eight.

Edwards explained the learning process the team is going through to keep their foot on the gas in the second half.

“I think [we have to] not get complacent,” Edwards said. “We’re still maturing as a team — we’re not that old of a team or anything like that. So we have to learn to come out and know that they’re going to give a good punch, and we have to be ready for it and be able to respond.”

The Waves did respond, leading by double digits the rest of the way until the final score of 80–69. 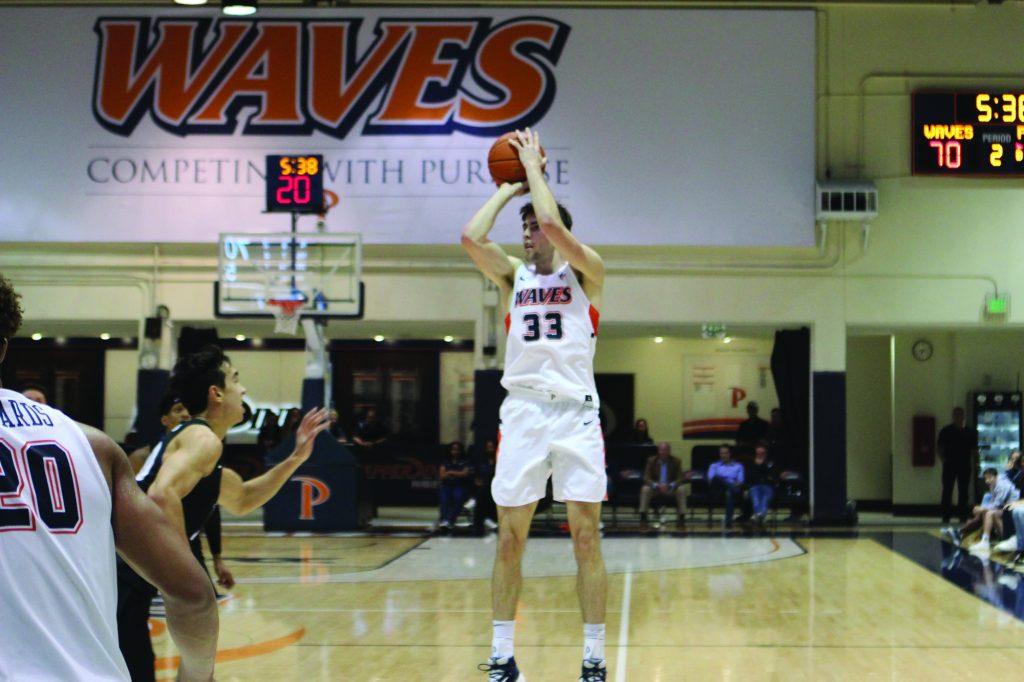 Chavez was the game’s leading scorer with 24 points, including five three-pointers. Ross had his streak of five straight games with 20-plus points snapped, but he still had 12 points to go with seven rebounds and seven assists.

“My role is to just do whatever I can for the team,” Polk Jr. said. “So we needed some assists at times, some steals, some defense, some rebounding, definitely. I take a lot of pride in doing the most I can.”

The Waves have two road contests this week — against Brigham Young on Jan. 30 and Loyola Marymount on Feb. 1.

In terms of what he’s looking for from his team, Romar said the opponent doesn’t matter to him.

“It’s no different if we’re playing No. 1 Gonzaga or a team nobody’s ever heard of,” Romar said. “We have to be our best.” 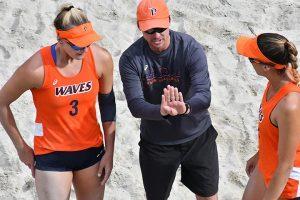