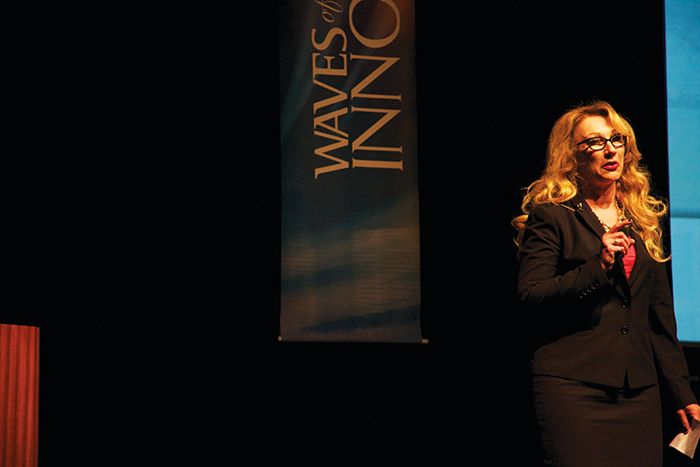 Waves of Innovation was launched last year to create an outlet where students, faculty and staff can share innovative ideas that can shape the future of Pepperdine.

After this year, Waves of Innovation will take a year off and proposals will open again starting spring 2016.

Six finalists from Phase I gave 10-minute presentations of their ideas. Three groups were awarded grants to move their ideas forward in addition to a People’s Choice award.

The finalists were awarded $4,000 in planning grants in Phase I to develop a proposal for Phase II, according to Waves of Innovation Committee Chair Lee Kats.

“With all due respect to my senior administrative colleagues here this evening, they would agree with me that the best ideas are coming from our students, faculty and our staff and you are going to see some of the best ideas on display,” Benton said. “I’m glad you are here and to be enthusiastically supportive of those who have put their ideas forward for our consideration.”

Interim Department Chair of Strategy, Information Systems and Decision Sciences at the Graziadio School of Business and Management, Mark Chun’s presentation of “Developing, Launching and Implementing a New Degree Program: Master of Science in Applied Analytics” was awarded $150,000. Practitioner Faculty of Organizational Theory and Management, Bernice Ledbetter’s proposal to establish the “Center for Women in Leadership” was awarded $148,000 for three years. Senior Derek Stoutland’s proposal for “The Financial Literacy Initiative” was awarded $109,000 in addition to the People’s Choice award.

The grant will go toward launching a new Master’s of Science degree in applied analytics, which will provide a full-time program offered on the Malibu campus in the fall of 2016. A fully-employed program for working professionals at Pepperdine’s satellite campuses will be available in the fall of 2015, Chun said. He also said that the program is typically a year long.

“There is a huge opportunity in the market to launch this applied analytics degree, and there is a lot of opportunity to develop our students to get really great jobs,” Chun said. 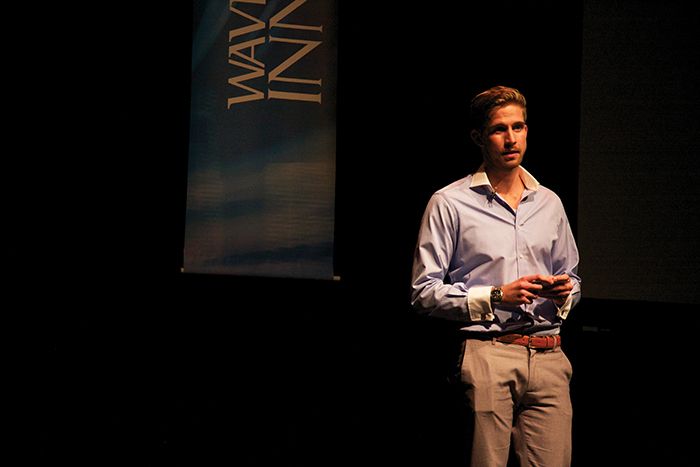 The details of the program are already determined, and the program is now awaiting approval from the university. The faculty already posses the expertise to launch the degree, Chun said.

The proposal began because of an “explosion that is happening with data in the industry.” But corporate executives do not know what to do with the data that is coming in, according to Chun.

“By 2018 in the U.S. alone, there will be about half a million jobs available for students who understand how to leverage this thing called big data and for students who know how to aid organizations in making better decisions,” Chun said. “Sixty-four percent of these jobs are going to require a Master’s degree.”

It will cost $335,000 in the first year to launch the degree program and costs to maintain the program from the second year and beyond will cost $195,000, according to Chun. In return, the program will generate annual revenues anywhere from $1.68 million to $3.38 million. This is if there are about 25 to 50 students enrolled into the program, paying $67,213 in tuition a year.

The program will develop students to be placed into prestigious local, national and international companies.

Center for Women in Leadership

The Center for Women in Leadership will provide a space for the development of leadership for women on campus, according to Ledbetter.

“Is there something Pepperdine can do to create more women leaders to move into positions of influence?” she said. “I think there is.”

Ledbetter said the center will focus on leadership development for students and staff primarily so that they can learn to lead effectively. Also, the center will engage the faculty in conducting academic research to contribute to the literature of this particular “emerging and important” field.

She said a survey administered to women across various high schools asking what women needed to enter a career, express leadership and feel successful garnered responses that expressed desire for programs outside of the classroom that focused on mentoring and skill development.

The center will have a one-on-one leadership fellows program, give access to industry leaders and serve as a network hub, according to Ledbetter.

The fellows program will be application-based, and students in high school can participate. Mentors will be from the senior level female leadership at Pepperdine, most of whom are alumni, according to Ledbetter.

The center will give access to industry leaders by hosting an industry roundtable where small groups of women can meet female industry leaders for the fields that the students are planning to go into. Career development, learning and coaching will be offered, according to Ledbetter.

The center will partner with career services and alumni relations to serve as a network hub by making use of resources that already exist on campus.

For it to have long term sustenance, Ledbetter said the center needs to be connected to an existing entity on campus such as Human Resources.

For financial sustenance, Ledbetter said they will partner with Offices of Research and Sponsored programs, who will actively look for funding. Also, she said she hopes that income will come from corporate sponsorships, gifts and grants. 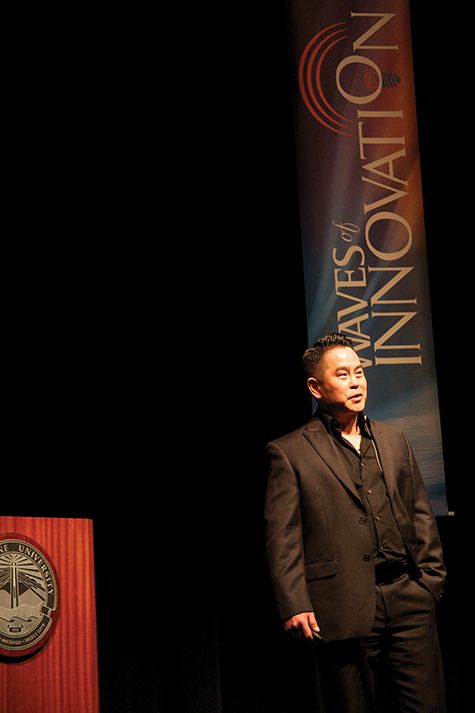 “Our dream is to support the development for all our women­ — staff, student, faculty combined,” Ledbetter said.

The program would begin either in the summer or fall, according to Ledbetter.

The Financial Literacy Initiative will execute a three-year plan that will offer financial courses and an office of financial literacy.

In the first year (August 2015 – July 2016) a first-year seminar course will be provided in the fall and BA 320, a personal finance elective course, will be offered in the spring, Stoutland said.

The first-year seminar will teach money management, budgeting, dealing with student loans, investing and life skills like putting down payments on homes, according to Stoutland.

The BA 320 course will give an in-depth analysis on budgeting and investing in a more thorough manner than the first-year seminar course, according to Stoutland. This course already exists but ceased to be taught because of a lack of funding and marketing issues.

The program will be fully implemented and the Office of Financial Literacy will be open by August 2016.

The office will allow for one-on-one coaching for personal finance. Also, students can create a financial life plan that they can update and use for the rest of their lives even upon graduation, according to Stoutland.

In the third year (August 2017 – July 2018) the Financial Literacy Initiative will be assessed of its progress and a case study of the program will be conducted.

Other groups that were not awarded grants for Phase II are the “Summer Success Series” presented by Brian Barrio and Lauren Reid, “Anchor Course” presented by Dusty Breeding and Laura Kalinkewicz and “Business Issue Analysis Competition” presented by Bin Luo.