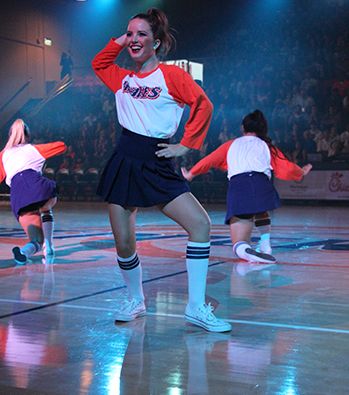 As the sun set over the horizon on Friday, Pepperdine began to buzz with sights and sounds. It was time for Blue and Orange Madness — Pepperdine’s version of a homecoming and the kick-off event for Waves Weekend.

Flashing blue, green, red and yellow lights emanated from the giant Ferris wheel and other classic carnival rides scattered across the Firestone Fieldhouse parking lot, while students grabbed their free Chick-fil-A dinners and Waves Weekend T-shirts. In addition to the rides, the carnival also featured booths with games set up by various student organizations and food trucks selling carnival favorites.

Students and families rode on the iconic “Pepperdine surfing wave” to take photos showcasing their best surfing skills in a truly Californian style. The giant “Blue and Orange Madness” letters on the grass next to the Fieldhouse also made for great pictures and, of course, Willie the Wave was always present for a photo-op. From start to finish, the carnival was alive with families and students enjoying the night as the smells of popcorn and sweets and the sounds of laughter filled the air.

Later in the evening, the carnival-goers all packed into Firestone Fieldhouse for the kick-off of the Men’s and Woman’s NCAA Basketball seasons. Although there wasn’t a game, students and parents were kept on their feet the whole time cheering for the numerous spirit activities and performances. Before the activities started, Pepperdine paid tribute to our country with an introduction of the ROTC program and a moving rendition of the Star Spangled Banner by Won by One.

To kick off the activities for the evening, the Pepperdine Pom Squad welcomed in the Men’s and Women’s Basketball teams and coaches as their friends and families cheered them.

Everyone in the Fieldhouse got to their feet during the half-court shot contest for a year of free tuition. Both a parent and a student were selected to attempt this feat for a stress-free financial year and both came relatively close, but the free tuition prize still remains untouched.

Women’s basketball showed off their skills with a few drills and a three-point shooting contest, while the men’s team divided up and played a quick 10-minute scrimmage game.

The evening also held some memorable performances by the Pom Squad who started off the festivities with an up-beat rendition of the Pepperdine Fight Song. The team kept the energy of the crowd up with their dynamic performance following the men’s basketball scrimmage. The crowd danced and cheered as the team showed off their skillful moves to popular music.

Toward the end of the evening, as the crowd’s energy began to dwindle, the Step Team performed. The minute the team entered the gym, the crowd immediately rose to their feet and roared with applause for the much-anticipated performance. The Step Team did not disappoint. With powerful music and incredible dance moves that kept in perfect rhythm to the music, the Step Team radiated energy with every move. They quickly got the whole crowd up and swaying to the beat with them. Their step performance was also a success, with every member keeping time with each other and showcasing a little bit of their personality in their moves.

“It’s really a rush, as soon as you get out on that stage and you hear all the screams and see everyone rising up in their chairs and just cheering,” Senior Step Team member Regan Garner said.

Throughout the whole performance it was clear that these women truly loved what they were doing and enjoyed sharing the experience as a team.

The evening ended as it started, with the sounds of laughter filling the air as students and parents took in all the beauty and enjoyment Pepperdine has to offer. 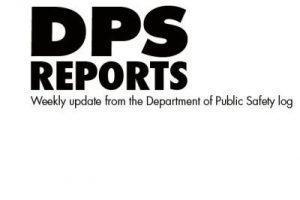