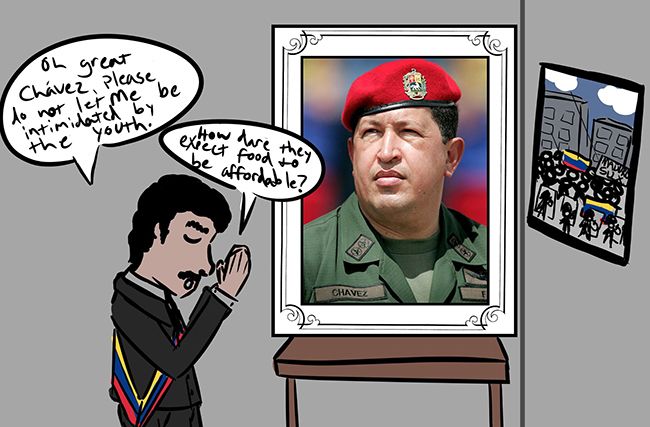 As he stood at the base of a statue of Latin-American revolutionary hero, Jose Marti, in a plaza at the heart of Venezuela’s capital city, Caracas, Leopoldo Lopez announced last Tuesday that he would surrender to the authorities. Thousands of supporters dressed in white surrounded him in support as he handed himself in to the National Guard. Lopez has been a prominent figure of leadership in Venezuela’s opposition movement, but President Maduro accused him of planning a coup and encouraging terrorism in the nation after the violent clashes that resulted from last week’s Youth Day student protests.

In his final speech, Lopez encouraged the Venezuelan people to continue protesting peacefully until the government consents to the demands of the Venezuelan people. He finished his speech by denying Maduro’s accusations and saying that his only intention is to bring about peaceful and democratic change to his nation.

Thousands of students in Venezuela went out to the streets for a peaceful march Feb. 12 against the current government under President Nicolas Maduro, President Hugo Chavez’s successor after Chavez’s death in March 2013. High inflation rates (in an article last week, The Guardian reported a 56 percent inflation rate, peaking as the highest in the world), growing shortages of staple goods and increasing crime and citizen insecurity are some of the people’s main concerns.

The government has accused the demonstration of being an attempted coup and referred to the protesters as fascists. At least three people have died since last Wednesday and more than 50 people have been wounded, according to reports last week from Reuters. Armed soldiers and military vehicles have been deployed by the government across Venezuela’s major cities, including its capital Caracas.

Reuters reported that troops have contained the anti-government demonstrators with tear-gas and water cannons. The government has shut down local news and media outlets, also blocking the cable signal of international news stations reporting on the demonstrations — social media, specifically Twitter, has been the only source of information from inside Venezuela.

Twitter Inc. reported to Bloomberg last Friday that the government also blocked all images posted on Twitter by users. Saturday, through a live nation-wide broadcast, Maduro ordered the expulsion of three U.S. diplomatic officials in Venezuela that he accused of supporting participants in last Wednesday’s alleged coup.

Venezuela’s elected president, Nicolas Maduro, has been in power since April of 2013. His mysterious political agenda and questionable past have been subject to international controversy since Chavez hand-picked him in 2012 as his successor.

After his victory last year, many “Birther” movements sprung up questioning his citizenship: Maduro did not provide the registry with an official birth certificate that proved he was a Venezuelan citizen.

The Venezuelan leader is said to have been born in Colombia and, despite the fact that his administration blatantly denied these claims, to this day, Maduro hasn’t provided his official birth certificate to the public. Technically, his birth place remains a mystery.

Maduro’s strong affinity and continual visits and meetings with Cuban leaders President Raul and former President Fidel Castro have also caused significant international and national speculation. Maduro’s close ties with Cuban politics date back to his days as a student in Cuba, where he was trained and educated under a scholarship that was financed by the leftist Socialist League.

Cuba’s interest in a strong alliance with Venezuela is understandable. The most recent reports from last year show that Venezuela provides Cuba with oil, accounting for two-thirds of Cuba’s entire oil consumption. Venezuela’s bountiful supply of this natural resource is part of the reason why it is one of the founding members of OPEC — the Organization of Petroleum Exporting Countries ­— and Cuba’s intermediary with this organization to siphon resources and funds.

Cuba is Venezuela’s biggest trading partner and, as Venezuela provides the small island with subsidies and oil, the Cuban government provides Venezuela’s armed forces with military training. According to a 2010 New York Times article, some 500 Cuban advisers hold important leadership positions within the Venezuelan armed forces.

According to a report last year from the Russian International Affairs Council, a non-profit international organization, soon after assuming power last year, Maduro traveled to Cuba, where he signed an agreement of cooperation wherein he agreed to spend $2 billion in conjunction with Castro for social development programs. This bold political move was considered by many as a public demonstration that, despite Chavez’s death, the Cuban and Venezuelan brotherhood and allegiance was still just as strong as it used to be, if not stronger.

Many American critics have expressed concern about Cuba’s vigorous influence on Venezuelan politics, especially after Chavez’s death. Political analysts have given Venezuela the title of ‘Cubazuela,’ a term which has become popular in political debates about international affairs and has inspired several books as well.

Right now Venezuela remains in turmoil as important political and public figures express their support for the anti-Maduro protesters through social networks. Through peaceful demonstrations and social network chains, Venezuelans in cities abroad have raised international awareness about Maduro’s violent transgressions against the Venezuelan people’s rights of freedom, information and safety.

Whether or not these protests succeed in dismantling Maduro’s authoritarian leadership in Venezuela, the student-led, anti-government peaceful marches of the past few days will forever be an inspiration and an example of the perilous fight for democracy and never-ending campaign for freedom that the citizens of an unjust nation must endure out of love for their country and passion to protect their basic human rights. 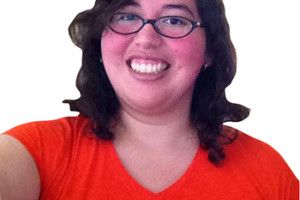 Everyone has heard it at some point: “I hate political correctness.” Usually it’s intertwined with an anti-censorship,...
Copyright 2013 Jupiter Premium Magazine Theme
Back to top