Editor’s Note: Opinions expressed in guest columns are those of the author, and publication in the Graphic in no way represent an endorsement of any opinions published.

Articles in the Graphic regarding the police killing of Michael Brown in Ferguson, Mo., and issues of structural racism compel me to write from the perspective of a Missouri native and as a sociologist.

While Melissa Hurtado and Joshua Gray provide similar perspectives on these events, Cote Keller provides another. A bit of sociology on the idea of perspective is warranted. While there is significant variation within racial groups in our country on many issues, we can discern general patterns. Over time and through experience, whites, blacks, Asians, Hispanics and other groups in our society develop a perspective that is widely shared among their members. Think of these shared perspectives as the interpretive lenses that individuals and groups use to make sense of both rare and commonplace events and environments. These perspectives are also important in making sense of everyday practices, such as the intensive policing that many of our fellow citizens in predominantly non-white communities experience. Often, groups disagree on the reality of a situation because they approach it from different, and incompatible, perspectives. The result is conflicting meanings of the “same” event.

Evidence for the differences in perspective has been shared in these pages, and is reflected in national opinion polling. For example, the Pew Research Center for the People & the Press reports that 80 percent of black, but only 37 percent of white respondents say the Brown case raises important issues about race. In addition, over half of white respondents have a great deal or a fair amount of confidence in investigations of the shooting, while 18 percent of blacks have that level of confidence. Clearly, blacks and whites do not share the same general perspective in this case.

Ferguson, Mo. is over 1,850 miles from Malibu, but we all have a role in understanding the perspectives that our fellow citizens bring to the events in that St. Louis suburb and other communities. A group of faculty, staff and students have set aside Elkins Auditorium on Wednesday, September 17 from 4 to 5 p.m. for a Convocation event on the issues raised by the police killing of Michael Brown and others. “Mike Brown’s America: Race, Policing and the Value of Black Life in America, A Christian Response” will feature Dr. Ira Jolivet, Dr. Dan Caldwell, Dr. Tomas Martinez, Dr. Joel Fetzer, Dr. Brian Newman, Dr. Ray Carr, Melissa Hurtado, Joshua Gray and myself, with discussions led by Dr. Emily Scott-Lowe, Tabatha Jones Jolivet and the faculty panelists. Come for the panel and stay for the 5 to 6 p.m. discussion groups to be held in the Plaza classrooms. Please join us for this conversation. 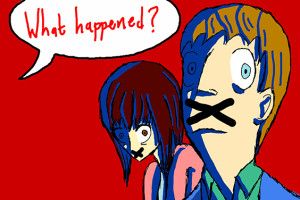 Art by Chris Chen Of the many lists that Pepperdine University has landed on in the past year, the list of schools under...
Copyright 2013 Jupiter Premium Magazine Theme
Back to top