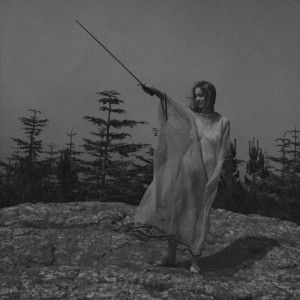 The 10-track sophomore record from the American–New Zealand trio continues to craft the band’s psychedelic indie rock sound by experimenting with myriad music genres ranging from 60s rock to classic blues and soul. Although the band takes influences from genres past, singer-songwriter and guitarist Ruban Nielson’s raspy vocals emote a more modern spin that’s reminiscent of The Black Keys’ unique funky rock sound. UMO’s lineup is rounded out by bassist Jake Portrait and drummer Riley Geare, who paired up with Nielson after he left The Mint Chicks.

UMO’s “II” takes the band’s signature psychedelic rock sound and runs wild. The album still incorporates Beatles-esque and classic soul vibes, but the trio mix that sound with a space-y sound that NPR.org deems to be “alien.” UMO’s sound is unique in that it’s difficult to pigeonhole them into an exact genre; they fit in everywhere yet don’t really seem to fit in anywhere at all. The band’s sound is constantly shifting on this album — dancing in and out of various genres — which makes for an interesting 40-minute musical and lyrical journey. One thing is for sure — UMO’s “II” underscores a less melancholic vibe and embraces a poppier, brighter sound.

“From the Sun” is the first track on the album and begins with a sweet guitar introduction that soothes and captivates the ear. The guitar rhythm repeats throughout the entire track and helps tie the song together. As the vocals layer in with their old-gramaphone vibe, the song takes on a 60s psychedelic rock sound that — paired with the lyrics — whimsically dances around and creates a pleasantly funky opening track. What makes the song even more captivating is its simplicity; UMO doesn’t mix in tons of bells and whistles like with some of the other tracks on the album. The instrumentation, vocals and lyrics create the atmosphere of the song and highlight the trio’s musical talent.

Another great song on the album, “So Good at Being in Trouble,” embodies what NPR.org calls “vintage soul.” The vocals on this track channel the likes of Ray LaMontagne and James Morrison with their raspy vocals and soul-infused rhythm and focus more on simplicity than on experimentation. Beautifully simple, the lyrics really shine on this track because Nielson’s vocals are much more of the focus, and the lyrics are ridiculously catchy. The track is smooth, and its soulful rhythm with subtle indie folk nuances gives the song a unique flavoring that sets it a part from the other tracks on the record. It’s a welcome change of pace and one that UMO should look into exploring more on albums to come.

The best way to describe “Opposite of Afternoon” — another track on the album — is to label the track as Beatles-esque. The guitar instrumentation is the driving rhythm throughout the song, and, paired with the vocal melodies and simplistic drumming, the song springs up from a time where the British rock of the 60s ruled the airwaves. The upbeat track is an exceptionally built song — lyrically and musically — and flexes the band’s versatility and genre-hopping propensity. UMO moves flawlessly through the 60s era British rock and yet manages to keep the sound timeless and fresh. The band has a real knack for using simplicity in their favor, and “Opposite of Afternoon” is another great example of that talent.

Veering away from any identifiable genre, “Secret Xtians” moves toward a more indie rock sound yet manages to avoid being labeled in any particular direction. The track is a catchy, upbeat rock song that carries sprinklings of 90s era grunge rock and highlights Nielson’s raspy vocal quality. The underlying rhythm has a bit of a soulful funk to it and, together with the vocals, creates a subtle psychedelic rock vibe that exemplifies one of UMO’s tried and true characteristics. As the last song on the album, “Secret Xtians” is a perfect wrap to a unique compilation of sounds.

Unknown Mortal Orchestra’s “II” is a good album with some amazing tracks. Their ever-shifting sound isn’t for everybody, yet they do possess a few songs that fit into a more comfortable mainstream sound. UMO’s unique brand of far-out psychedelic indie rock is exemplified in their latest album and reveals the band’s musical fearlessness when it comes to taking risks. The trio flex their musical talent in their second album, hoping to bypass landing in a sophomore slump and instead rocket toward a successful album release.