Indian Student Association and Rotaract International are the two new clubs that began this semester.

“We are just really trying to make sure there is a space on campus for every student to feel like they have a voice and a place,” Inter-Club Council President Grace Wisbey said. “So if that means creating more clubs in promoting cultural awareness or for people to find their homes, then we’re really super stoked about that.”

Both of the clubs set goals for this semester and addressed the purpose of their club.

The President of the Indian Student Association is junior Rahool Arun, who said the main goal of the club is to spread awareness, education and fun.

“Our major goal and purpose here on Pepperdine is to educate you guys on our rich culture and heritage,” Arun said. “We are here for you guys, so whatever you guys want to learn about our culture please feel free to let me know.”

Although this is the goal, Arun said he wants to kick off this semester with a few events and bring awareness for some Indian festivals.

“The outcome I want from the events is just enjoyment and coming out of it learning something valuable,” Arun said.

The Diwali celebration event will have food and performances, Arun said. The event will be free of charge.

Diwali is a festival that originates from Ramayana an Indian epic poem that portrays a prince by the name of Rama that rescues his wife by fighting demons and overcoming obstacles. When Rama returns, the people light up the entire town. It is a basic story of light conquering darkness, Arun said.

The club began last year when Arun wanted a group where he could connect with the rest of the Indian community on campus, he said.

“Last year I thought about having a group where I can connect with the Indian population at Pepperdine, so I thought, what better way than to actually start a club and get people to interact with our culture,” Arun said.

Arun said membership is not limited to Indians.

“That is a common misconception. The Indian Student Association is for Indians and non-Indians alike. It is for anyone who has a flair for learning the Indian culture,” Arun said.

The Club is planning to have a Cultural Heritage Night at the Caf next semester, Arun said. 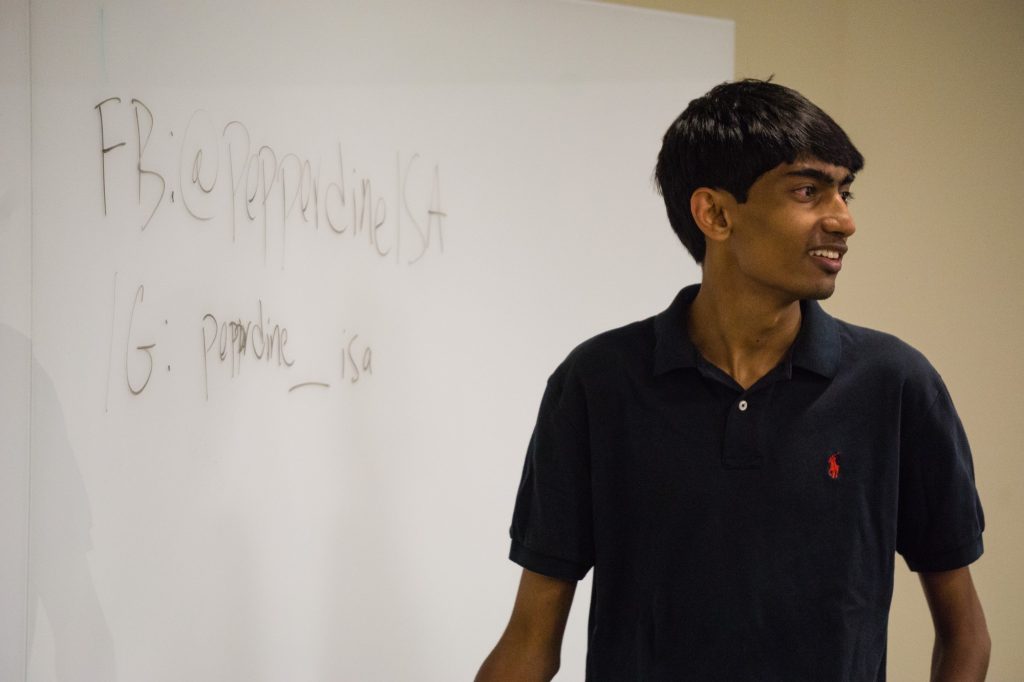 The first focus is to build international business connections. The Rotary clubs are known for doing charity for the respective community they are located in. Rotaract would achieve this focus by having its members establish relationships with professional members of Rotary clubs in other countries.

“I only need to go to one person to reach the other person so there are only two degrees between each member and any professional Rotary club member around the world,” Mac Callum said.

Mac Callum said the club’s goal is to establish connections with 160 countries.

The goal for this semester is to increase awareness for the club, find potential ambassadors who can establish connections with Rotary clubs of other nations and increase membership, Mac Callum said. The goal for next semester is to hold more events.

According to the Rotary Club, a requirement is that a member must hold or be retired from a professional, proprietary, executive, managerial, or community position. Therefore, the members of the club would be establishing connections with people who have professional experience and skill.

Anyone can be a member of Rotaract International, Mac Callum said.

Process of Becoming a Club

Initially, Wisbey sits down with students to hear their ideas and lets them know how to prepare for the club application, Wisbey wrote in an email.

A logistical requirement students should have before creating a club is to have a faculty or staff as an adviser, at least 10 students on the club roster and a constitution and by-laws, Wisbey wrote.

At the end of each semester, students are given an opportunity to apply for an official club status at Pepperdine. The link to apply will be given by the Inter-Club Council, Wisbey wrote.

Wisbey wrote that a committee from the Student Activities reviews the application and either accepts or rejects the club and the club will be notified of the decision.

If approved, the final step is that the club will need to send two representatives to Leadership Conference either in the fall or spring in order to access funding from the Inter-club Council, Wisbey wrote. 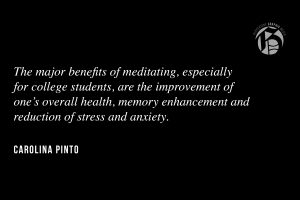 There are some negative preconceived notions about meditation. Some think it is sitting down in a lotus position, while others...
Copyright 2018 Pepperdine Graphic
Back to top