“We previously notified the community about an incident on September 17, 2012 regarding a suspicious person, later identified as Hank Lee, who chased and harassed women on Res Road on the Malibu campus. The individual has no affiliation with Pepperdine, and was taken into custody by the Los Angeles County Sheriff’s Department for a mental health evaluation and involuntary treatment. We have credible evidence that while in custody Lee made threats against the Pepperdine community. Specifically, he stated his intent to ‘impregnate women at Pepperdine’ and ‘kill anyone who gets in his way.’ Although it appears that he was in a delusional state when he made the statement, we want to be thoughtful about community safety and ensure the community has all relevant information.

Lee remains in custody, but may be released soon. We will notify the community when his release date becomes known. The University is working with law enforcement and has secured a restraining order against Lee, prohibiting him from coming on any University property. Public Safety will be watching for him; he should be considered dangerous. If he is observed on any Pepperdine campus, call 911 immediately, then call the Department of Public Safety at 310-506-4441 (or extension 4441 on campus). An important aspect of community safety is all members remaining vigilant and looking out for one another.

If you have questions, or to report suspicious activity, you may contact Public Safety 24 hours a day:

Security escorts are available by calling the Department of Public Safety at 310-506-4442.

Photographs of Lee and his vehicle type are attached to this message; his description appears below.

This information can also be found on Pepperdine’s emergency information web site at emergency.pepperdine.edu.” 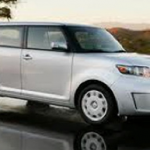 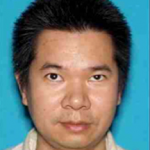 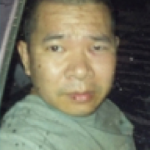 Pepperdine’s Public Relation Office sent out an email to the Pepperdine Community:

“On September 20, 2012, we informed the Pepperdine community about an incident regarding a man who groped a female student near the Terrace Parking Lot on the Malibu campus. This individual was later identified as Isaac Yasharal. Yasharal has no affiliation with Pepperdine and was taken into custody by the Los Angeles County Sheriff’s Department. We have learned that Yasharal has now been released.

Yasharal was warned that he is prohibited from coming onto campus, and Public Safety is watching for him. He should be considered dangerous. If he is observed on campus, call 911 immediately, then call the Department of Public Safety at 310-506-4441 (or extension 4441 on campus). An important aspect of community safety is all members remaining vigilant and looking out for one another.

If you have questions, or to report suspicious activity, you may contact Public Safety 24 hours a day: 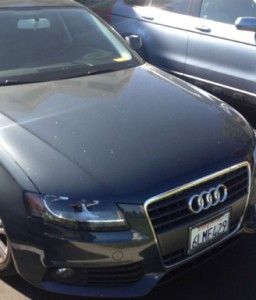 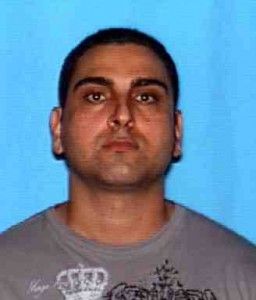 In separate incidents last week, L.A. County Sheriff’s deputies arrested two men on campus not affiliated with the university. In response to the arrests, the Housing Office and DPS sent emails to announce an increase in campus patrols.

In the same week on Thursday afternoon, an adult male groped a female student near the Terrace parking lot, close to Facilities Management and Planning. Once DPS and L.A. County Sheriff’s deputies responded, they conducted a campus search for him. A DPS officer found the man, and L.A. County deputies arrested the unidentified man for sexual battery.

Freshmen Kellen McGee, Kelsey Sundman and a female student who asked to remain anonymous were walking back to their dorm after returning from a sorority event at Malibu Yogurt when Lee approached them at the bottom of the Rho stairs.

According to the students, Lee began a conversation with the students while walking on Greek Row. He started playing with the anonymous student’s hair and asked if the women could “see him” in the dark. They said they thought he was a student and didn’t take his questions seriously.

McGee said this was when Lee began acting odd.

“He gasped, like ‘you can see me?’” Sundman said. “I thought at that point maybe he had a learning disability.”

Lee asked more questions, including what ethnicity he was. This was when they became uncomfortable and began to ignore him.

They said he grew more aggressive with his questions and followed them to their dorm, Banowsky.

A male student near Banowsky saw the interaction and walked over to the three students and Lee. According to Sundman, the male student warned the women to go straight to the HAWC so the man wouldn’t know where they lived.

As they walked away, people in Banowksy then opened the door and urged them to go in.

At the time, a the male student chase Lee away from the dorm.

According to students in Banowsky, Lee had been in their dorm earlier that night.

DPS located Lee after McGee alerted them about the incident. He was taken into custody for a psychological evaluation by the Lost Hills Sheriff’s Department.

DPS believes Lee had arrived on campus following cars through the entrance of Malibu Canyon Road. His car was impounded following the arrest.

Though rumors spread that the man was under the influence of drugs during the incident, university spokesman Jerry Derloshon said that Lee may have suffered from a psychological disorder instead.

The campus then took action to ensure the safety and well being of those involved.

“The university gathered around the students involved in the event and offered assurance and comfort and all that was appropriate to offer in the wake of this stranger coming onto campus and raising a level of concern among our students,” Derloshon said.

Derloshon also applauded the girls for taking quick action in a serious situation.

“Pepperdine is known to be a very safe campus. You would think that that would result in a sense of complacency setting in, but that was not the case and the students responded. I think everyone should remain always diligent and observant of the surroundings whether they’re here on campus or somewhere else. We are lucky to have such a good public safety team. We cannot be complacent,” Derloshon said.

McGee and Sundman said they felt fine and that the event would make them think differently about traveling at night.

“Honestly, I probably won’t go out at night much anymore,” Sundman said.

McGee and Sundman also said that they wanted to thank the male student who had helped them.

DPS responded to the incident as well, telling students to be more careful.

“Although this was an isolated incident posing no ongoing safety concerns, it’s a good opportunity to remind students to be aware of their surroundings,” said Deputy Director of DPS Dawn Emrich. “Always report suspicious activity immediately by calling the Department of Public Safety 24 hours a day.”

Malibu Music Awards rocked the stage at the Malibu Inn