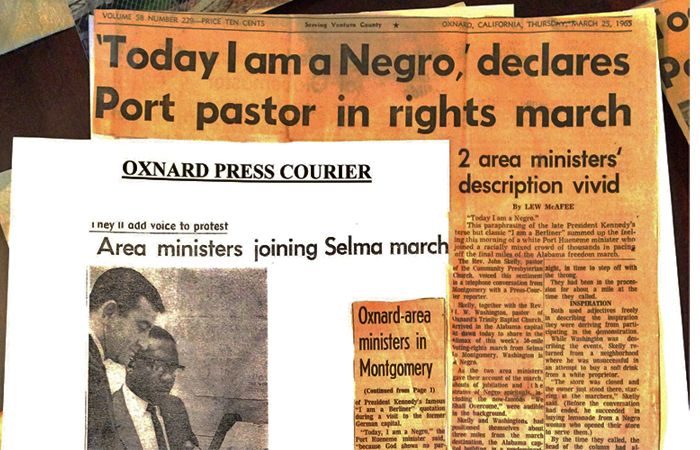 I was the president of the Oxnard-Port Hueneme Ministerial Association at the time of King’s invitation. My close advisors cautioned me about my participation. My best colleague and friend, the Chief of Police, had memos from FBI Director J. Edgar Hoover stating that Martin Luther King had communist leanings. The input I received was, “Don’t go.”

I saw King as a modern day prophet who was leading all of us — black and white — out of the wilderness of hate, separation and injustice. He was, at the time, my scholar pastor, the Christ centered student of Mahatma Gandhi, the supreme leader of non-violence.

King had earned the right to be trusted.

Preparations for the Selma March were shown on TV. Excitement was being generated across the country. It was time for me. By Sunday, the first day of the extended Selma March, I announced to my congregation that I was under deep conviction, and that I was going to participate in the last day of the march to Montgomery, Alabama. I also received an open invitation from the Santa Barbara Presbytery, a body of 30 area churches to represent the Presbytery. I shared with the congregation that I would take leave on a Wednesday and would be in the pulpit that Sunday morning.

My salary at the time was $4,200 per year and I did not have the $165 for the plane fare. I had a $25 gift from one of my members. My supportive wife, Una, encouraged me as she handed me the $165 she had saved for a much needed washing machine. And knowing my temper, as she handed me the money she said, “Please, do not talk back.”

After the worship service on March 21, 1965, Richard Bard, the most respected gentlemen of our congregation, as well as all of Ventura County, shook my hand with a strong grip and placed three $100 bills in my hand. Then, he whispered in my ear with a concerned smile, “Be careful, John, and here is your bail bond money if needed. I pray that you are not arrested and you will come back safe.”

At that moment I realized the impact of my decision. Hundreds had already been arrested.

My money was in hand, so what else did I need? I had my black suit, white shirt, tie, walking shoes, my new black trench coat and my camera with five rolls of 35mm Kodak film (Editors Note: In the 50 years since the march, John said that the photos he took that day have been lost, probably in one of his various travels). That was all I needed for the one day trip to march with Martin Luther King!

The airplane left Burbank-Hollywood airport at 6 p.m. and included several clergy persons and Hollywood personalities, including Dennis Hopper. The bond of friendship and purpose was established as plane loads of marchers arrived at the Montgomery Airport around 6 a.m., Thursday, March 25, 1965. This was the final day — the climax of the Selma March!

The March had been going on for four days as thousands from across America began to come for the last day of the march. Included in the group were students and faculty members of my graduate school, San Francisco Theological Seminary. Their sacred purpose was to set up camps each day along the rainy road that was finally protected by the soldiers that President Lyndon B. Johnson federalized.

We were bused a short ride to St. Jude Catholic Church School yard, an expansive area where the marchers gathered for the final climax day of the march.

Rain was coming down in a slow drizzle, I had not slept, so I began to look for a place to rest. I asked a Negro boy if he could show me where the boys gym and restrooms were. He took me there, and I saw an empty shower stall and asked the boy to stand guard over me while I rested. I slept for an hour. Fully refreshed, I thanked the boy with a modest gratuity and he responded with his thick Southern drawl, “You are welcome, sir.”

The five-mile conclusion of the march to Montgomery was beginning to assemble with dignitaries and key leadership pastors at the head of the line. Martin Luther King was at the head of the throng gathering, and more still arriving by plane, bus and car load.

I was trying to get my bearings to find my rightful place among the thousands. As I was walked carefully around the puddles of water, I saw a group of kids in the center of the school playground surrounding my new friend, Dennis Hopper, who was graciously hanging out with them and signing autographs.

Beyond Dennis Hopper and the kids was Dr. Theodore Gill, president of my seminary, standing in the mud, being interviewed by CBS. I was a senior when Dr. Gill took over the presidency of the Seminary in 1959. After the interview, I walked up to Dr. Gill, shook his hand and thanked him for his leadership. He thanked me also, as his eyes rested on the large orange in my hand that was part of my box lunch. I asked him if I could share the orange with him. With his winsome smile he said, “Yes!”

Gill then rushed to his place in the great procession that began with the emotions, tears, joy and hope in the belief that a new nation of equality for all was being reborn. 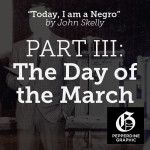 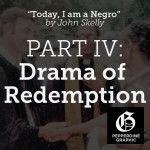 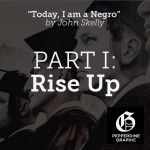