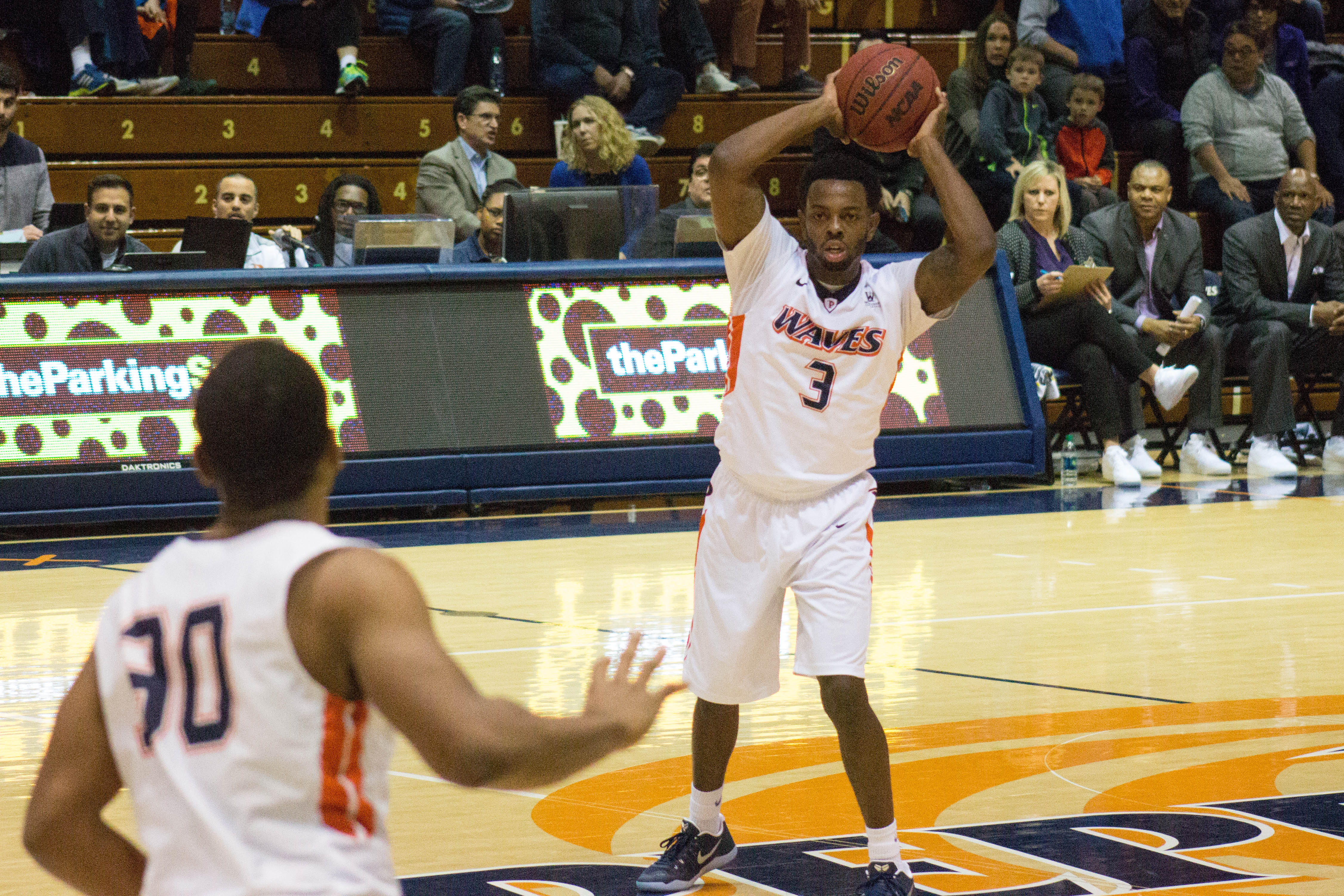 33-0, and Other Depressing Numbers — Kyle Cajero

Pepperdine’s 96-49 loss to Gonzaga wasn’t the most painful, but it sure was the ugliest. Another superlative worth noting: The 47-point loss was the worst in program history against the Bulldogs, according to sports-reference.com. The loss extended the Waves’ drought against Gonzaga to 33 games.

That graf would probably sum up the game, but the margin of victory doesn’t do justice for the shellacking. Gonzaga overwhelmed and outperformed Pepperdine in virtually every statistic. The Bulldogs won the battle of the boards by a resounding 44-32, their assist-to-turnover ratio was an excellent 21-9 compared to Pepperdine’s atrocious 6-13 mark and 11 of Gonzaga’s 13 players scored (this includes walk-ons).

Oh, and the Bulldogs led for the entire game.

It took Gonzaga 23 minutes and 40 seconds to score 50 points. The Bulldogs’ bench scored 46 of their 96 total points (three short of Pepperdine’s total scoring output). Gonzaga scored 62 of its 96 points in the paint. Pepperdine had only eight more points (49) than Gonzaga had made field goals (41).

You know those movies where the protagonist is suddenly in somebody else’s body? You know, like Big or 17 Again or the timeless Kevin Spacey vehicle Nine Lives? Let’s focus on that last one for a second: In Nine Lives, Kevin Spacey magically transforms from a powerful New York businessman into a cat. I know, the fact that the Oscars didn’t come calling is a travesty.

Anyway, the Pepperdine Waves seemed to make a similar change in between beating Portland 78-60 and getting manhandled by Gonzaga, 96-49. My guess is they magically transformed into the basketball team of Clackamas Community College. Before I get too deep into this, let’s make one thing clear: Obviously, you’re going to play a lot worse against arguably the best team in the nation compared to some random mid-major school. Still, the difference in play from the Waves’ three starring seniors, Lamond Murray Jr., Jeremy Major and Chris Reyes, was stark.

Just looking at their scoring, this might not be noticeable. All three still reached double digits against the Bulldogs, and Reyes actually scored one point more. Unfortunately, that obscures the truth: The trio simply looked comfortable and dominant against Portland. Playing the Pilots, both Reyes and Murray Jr. snagged at least ten rebounds. Major was shooting 50 percent from behind the arc, including some snazzy fadeaways.

Meanwhile, two nights later, just the presence of Gonzaga seemed to intimidate the three. Sure, Murray Jr. got a bit more relaxed in the second half and started to score a little more fluidly, but Major’s shooting was all over the place. It’s almost as though the mere presence of Gonzaga’s Polish giant Prezemek Karnowski scared the senior guard into taking some ugly shots (he didn’t make a single 3-pointer).

Karnowski also bullied Chris Reyes, normally a superb rebounder and presence under the rim, in the paint all night. Reyes only was able to grab four rebounds for the game, a full 11 less than what he earned against Portland.

Not to exploit Eastern European stereotypes, but Karnowski was like Ivan Drago, and the Waves were Apollo Creed. Not to spoil Rocky IV, but that means things didn’t end too well.

The (Not So) Wild West Coast Conference — Arthur Puu

And during those last 15 years, the Gonzaga Bulldogs have consistently been one of the best of the west, making it to the NCAA tournament every year since Mark Few took over the program 18 years ago.

As for the Waves, it’s been a rough ride. After a promising season cut short, it was time for questions. Gone are the days of Mychal Thompson and now Stacy Davis and a shrouded cloud of mediocrity was feared by many in Malibu. Who would step up and lead the Waves to the promised land of the NCAA tournament when facing the best of the West in Gonzaga, BYU and Saint Mary’s?

The question has been answered as the season went on as Lamond Murray Jr. took the reins from Davis to lead Pepperdine (and the rest of the WCC in scoring). However, Pepperdine sank even further to the bottom of the WCC with a blowout loss to Gonzaga; a game who’s outcome was already determined before it started.

Now comes the big question: is it time for Gonzaga to move on to a tougher conference? Is their 22-0 record this season really a testament of their true greatness?

For Pepperdine, they are still a relatively long way back if they hope to reach the mountaintop of the WCC again. However, they have lots of promising young pieces coming up in the future with sophomore Kameron Edwards and freshmen Craig LeCesne and Elijah Lee.

Gonzaga will definitely be around for the next 15 years as well, but for Pepperdine, they can’t rely on the Bulldogs’ change of conference.

It’s time to reload and build for the future, but for now, it’s time to #TrustTheProcess.

Freshman guard Elijah Lee is the shortest player on the Waves’ roster, but the bulk of the offensive responsibility has fallen on his shoulders.

Lee’s development is a glimmer of hope for the future. Senior guard Amadi Udenyi’s injury has rushed Lee’s development this season, and this season has allowed Pepperdine fans to see a freshman develop before their eyes. Lee averaged 16.9 minutes per game before Udenyi was ruled out for the season on Dec. 10; now, he’s averaging 23.7 minutes per game and has started seven times, according to sports-reference.com.

I know what you’re thinking: Of course his minutes spiked. But Head Coach Marty Wilson has put much more responsibility on Lee compared to his freshman counterparts. Although Lee isn’t the best shooter (that’s Knox Hellums), he isn’t the best scorer (that’s Nolan Taylor) and his ceiling isn’t the highest (that’s Craig LeCesne — even though Head Coach Marty Wilson has decreased his minutes over the past few games, I still believe!), his development and maturity as a floor general will be crucial if the Waves want to turn things around.

Lee ran the point in both games this week, whereas senior guard Jeremy Major played off the ball. Given Major’s 20-point performance on Thursday, this was not a bad roster move.

Although Major is Pepperdine’s career assist leader, he is a better scorer than Lee. Yes, comparing a freshman to a sophomore seems a bit unfair, but Major was averaging 9.1 points per game in his debut season, according to sports-reference.com. These numbers are inflated by a five-game stretch at the beginning of non-conference play, in which Major was averaged 14.2 points per game (including a 19 point, 12-assist outburst in a loss against Green Bay). Lee hasn’t broken double-digits in scoring yet, but he hasn’t had the same workload as Major did in his freshman season.

But Lee’s game isn’t without some flaws. Since Udenyi went down, Lee has averaged 2.9 turnovers per game, according to sports-reference.com. His decision making on the court has improved, but there are still moments in which he tries to do too much. Sometimes he’s like a quarterback who tries to make the third or fourth read in his progressions instead of making the open pass. At other times, he tries to speed up the game, which in and of itself isn’t a terrible thing — personally, a faster offense would be preferable to watch than slow, methodical offensive sets — but one can’t speed up the game by throwing an errant pass into the stands.

All in all, although his freshman season has had its fair share of ups and downs, Waves fans can only hope their underclassmen can make future games (and future seasons) a little easier to watch.