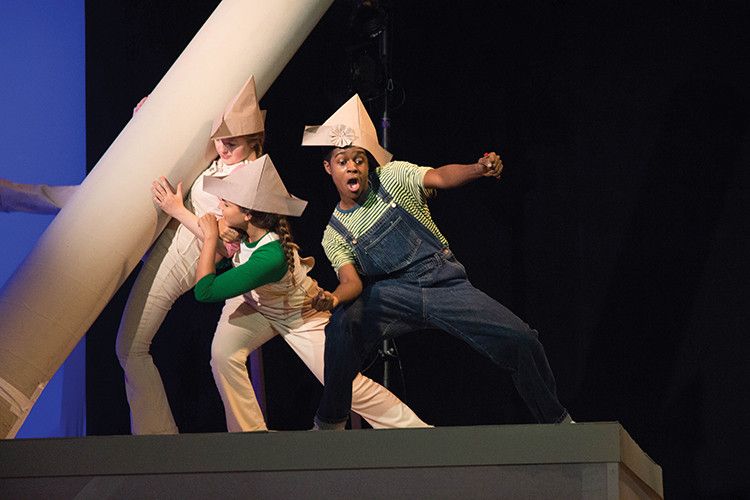 Pepperdine’s production of “The Yellow Boat,” a true story by David Saar, describes an emotional journey through a child’s passion, humor and reality. The story surrounds a young boy, Benjamin (freshman Andreon Watson), as he grows up in the early 1980s with hemophilia and recognizing that he is not like other kids. At age 8, he is diagnosed with the AIDS virus, and he and his parents (senior Addyson Culpepper and junior Reed Williams) struggle to come to terms with the incurable nature of the disease. Throughout the play, Benjamin uses his imagination and love of drawing to explain how he feels, bringing a child’s innocence and perspective to the horror of disease and the unknown nature of death.

“The thing that’s powerful about it to me is the sort of transformative power that art has in our lives,” Director Scott Alan Smith said. “I hope the message that people take away from it is that art can do so many things in our lives, including providing comfort and hope.”

Benjamin’s imaginative storytelling brings light and some humor to even the play’s darkest and heaviest moments. Smith, who is entering his ninth year of teaching at Pepperdine, encouraged people to come see the play. “It takes place so completely in the world of play and the world of Benjamin’s imagination, that I think it’s going to be fun for audiences to see and to remember what it was like to be kids,” he said.

Benjamin’s mature but childlike perspective is made believable by the actors. Smith addressed the actors’ performances: “This is a very collaborative piece, you know, asking adults to play children … They did it so well, they threw themselves in completely.”

The actors’ portrayal of these characters is influenced in part by their conversations with the playwright, about whose son the play was written. Senior Addyson Culpepper who plays Benjamin’s mother, said, “It was very much just a play until we face timed with [David Saar], and then we realized this was a real family, this was a real kid, these are real people. Then it was like night and day, our performance; we finally let it in, after we spoke with the writer.”

Williams, who plays Benjamin’s father, specified what makes this play unique. “It’s a breath of fresh air, because when people think of theater they automatically think of jazz hands and stuff like that, while this is real,” he said. The stuff that’s going on is real stuff that people have gone through and so it’s relatable.” Watson commented, “This play makes you address your fears and your questions and it gives you a very clear answer.” 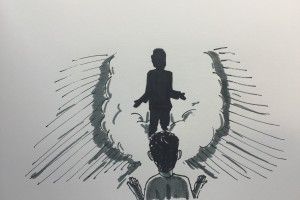 Art by Peau PorotesanoHumanity has a habit of searching for heroes. That's not inherently bad — it's actually important...
Copyright 2013 Jupiter Premium Magazine Theme
Back to top