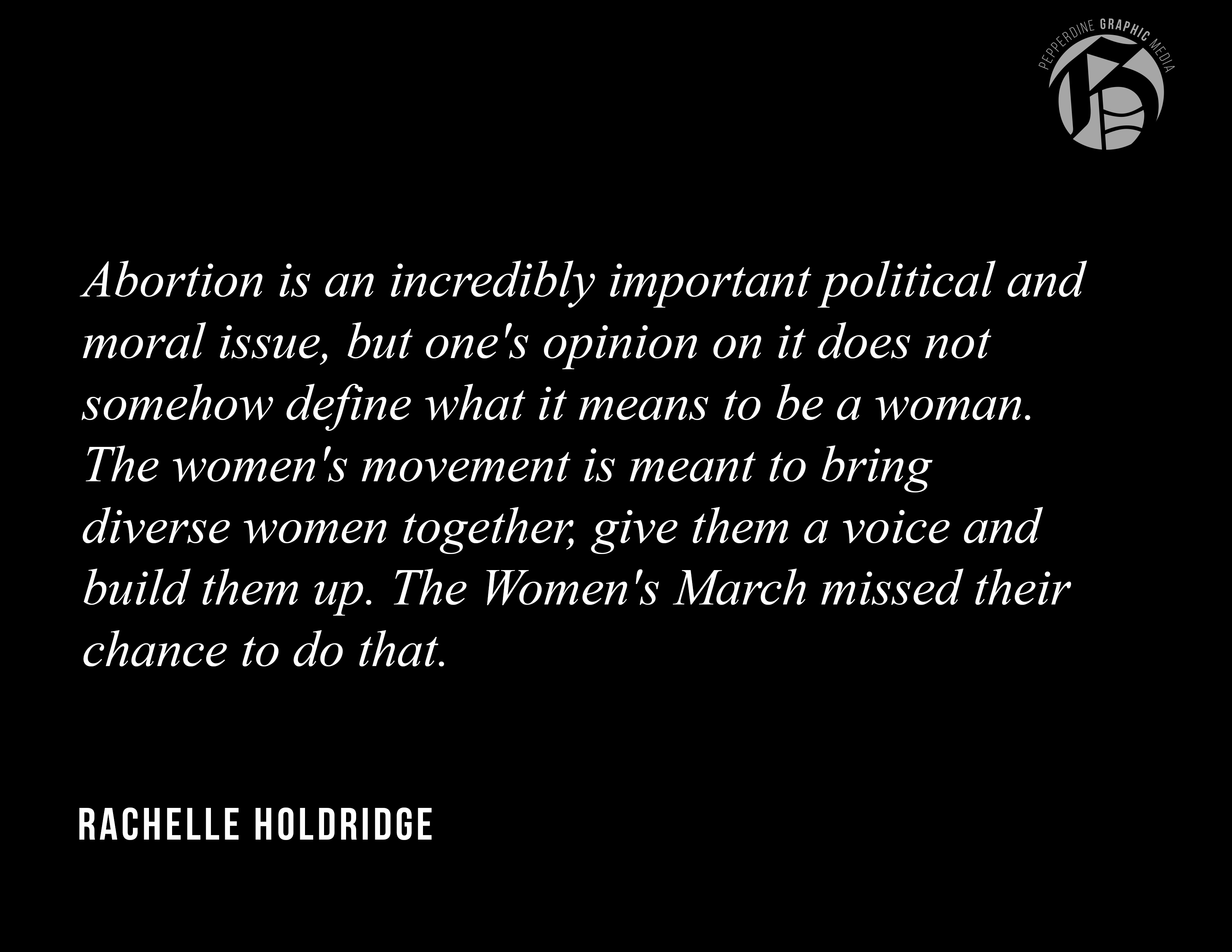 If there is one lesson that Americans learned in 2016, it’s that we have failed at building political bridges. Less than 25 percent of Americans talk to people with whom they politically disagree, according to Jill Lepore in “The State of the Presidential Debate,” published Sept. 16, 2016 by The New Yorker. That statistic is telling and, unfortunately, not really that surprising. This complete failure in political discourse was exemplified, once again, in the Women’s March in Washington D.C.

In case you missed it, the organizers of the Women’s March in D.C. revoked partner status from New Wave Feminists, a pro-life feminist organization. In the Women’s March statement posted on Twitter on Jan. 16, they confirmed that their stance was staunchly pro-choice.

In a tweet posted two days later, the Women’s March elaborated on their Principles of Unity, “a collective and collaborative effort from a broad and diverse group of leaders.” This broad and diverse group, however, did not include one of the 40 percent of American women who consider themselves pro-life, according to the Pew Research Center in “Public Opinion on Abortion,” published Jan. 11.

This false sense of inclusivity is what really bothers me. If the organizers of the Women’s March wanted to plan a pro-choice march, they have every right to do that. But by naming this the Women’s March, it implies that all women are welcome. By saying that it was planned by a group of “broad and diverse” people, it suggests that it could include a broad and diverse set of beliefs and opinions. Instead, it represents one of the most troublesome aspects of American culture. Even within an event that is supposed to bring diverse people together, political differences are still not acceptable.

Pro-life organizations still participated in the Women’s March on Saturday because they recognized that it was bigger than political labels, Planned Parenthood or specific policy opinions. Abortion is an incredibly important political and moral issue, but one’s opinion on it does not somehow define what it means to be a woman. The women’s movement is meant to bring diverse women together, give them a voice and build them up. The Women’s March missed their chance to do that.