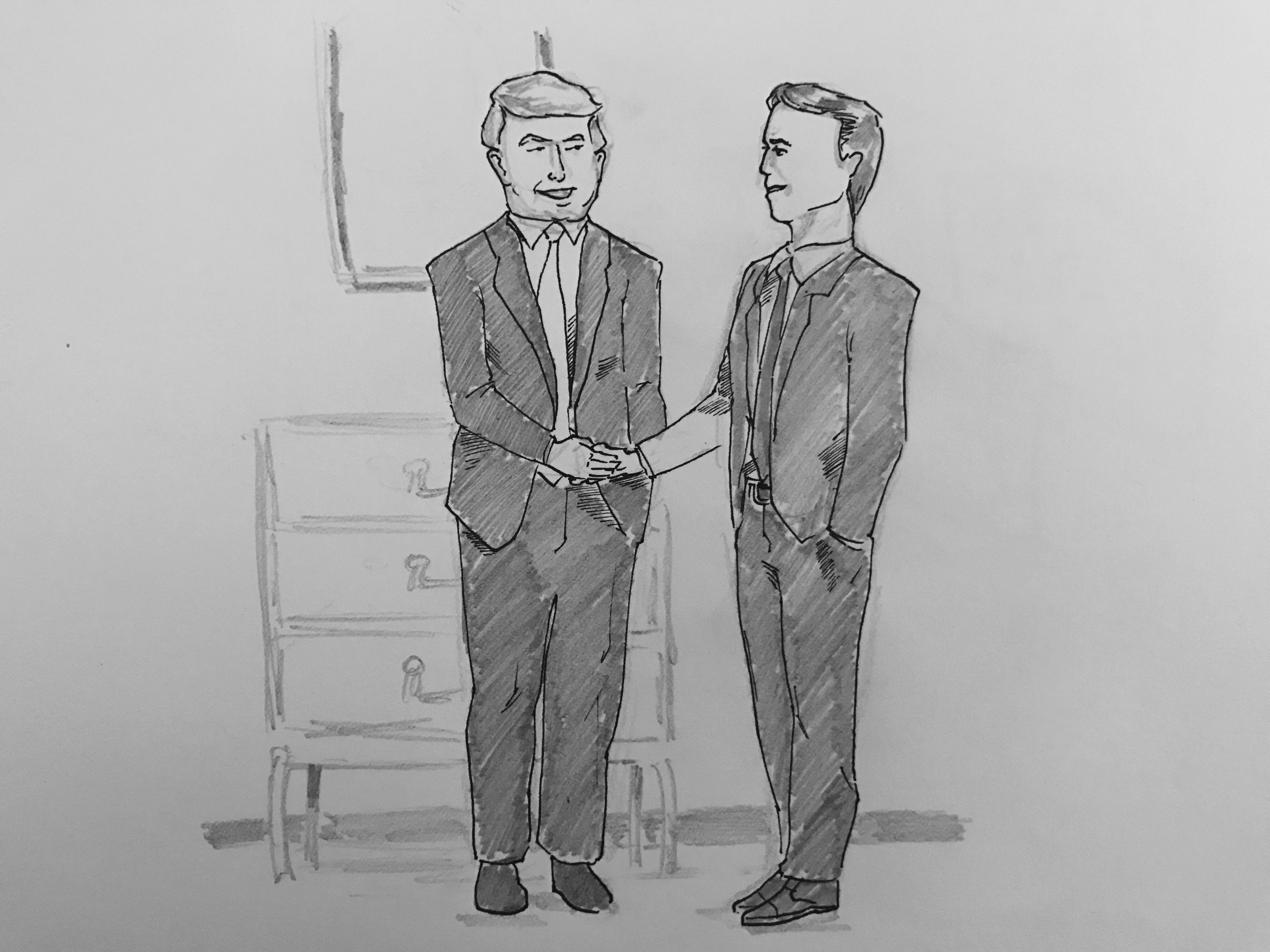 President Donald Trump is starting to flex his business muscles in the White House. In the past couple weeks, recent reports out of Washington have revealed that he has bypassed his fellow Republicans in hopes of advancing his stalled agenda. In an unanticipated move, Trump has “handed a loaded gun to Nancy Pelosi and Chuck Schumer,” according to Anthony Zurcher’s article, “Trump and Democrats deal: What was the President thinking?” published Sept. 7, 2017 by BBC News. In essence, he has cleared the way for a possible propulsion of legislation.

Everyone should keep their eyes on how much Trump works with the Democrats. He has a real chance to ease tensions among the public and start putting his name on major legislation. He also may fail on his promises to build a wall and get rid of DACA.

In rare fashion, President Trump “[courted] Senate Democratic Leader Chuck Schumer of New York and [Nancy] Pelosi to see if he can propel tax, budget and immigration plans before Congress turns its attention to the 2018 midterm elections,” according to Peter Nicholas’s, Rebecca Ballhaus’s and Siobhan Hughes’s article, “Frustration With Republicans Drove Donald Trump to Deal With Democrats,” published Sept. 15, 2017 by The Wall Street Journal.

This is unprecedented on many levels. However, it epitomizes the true business mindset of President Trump. His Republican allies are getting nothing done: They don’t have the votes to repeal the Affordable Care Act and seem to be preoccupied with the fight against Democratic foes in the upcoming midterm elections. Like anyone in business would do, Trump went with what he thought would be more efficient: working with the Democrats.

Republicans would be foolish to stand by while the president of their party worked only with the other side. Not jumping on the train would cause too much of a loss in political capital, which could also hurt their chances of securing a safer majority in Congress in 2018. Plus, nobody wants a stalled agenda nor government shutdown.

Another aspect of this shift in the President’s negotiation style is the fact that many of his campaign promises may not come true. This is an important realization for those who fear extreme wishes like the wall along Mexico’s border and the dissolution of DACA. Now that Trump has somewhat committed himself to forging a bond with Chuck and Nancy, he has to tread carefully and be realistic about his ambitions.

In one of his meetings with Trump, Schumer “offered his support for enhanced border security measures … but said he would pull out of any agreement that included funding for a wall on the Mexican border,” according to Maggie Haberman’s and Glenn Thrush’s article, “Why Did Trump Work Again With Democrats? ‘He Likes Us,’ Schumer Says,” published Sept. 14, 2017 by The New York Times.

The most important weapon students can wield in these unsure and unassuming political times is comprehension of this situation. Understanding the political process and what all sides have to gain is key to having a handle on what the future of policy looks like. It’s also vital for the future of students because these policies will affect them directly.

Right now, President Trump is at the helm of the ship. He decides where to steer, which means all eyes should be on him in the near future. There is a solid chance that middle ground will be reached, but — like always — everyone will have to wait and see.