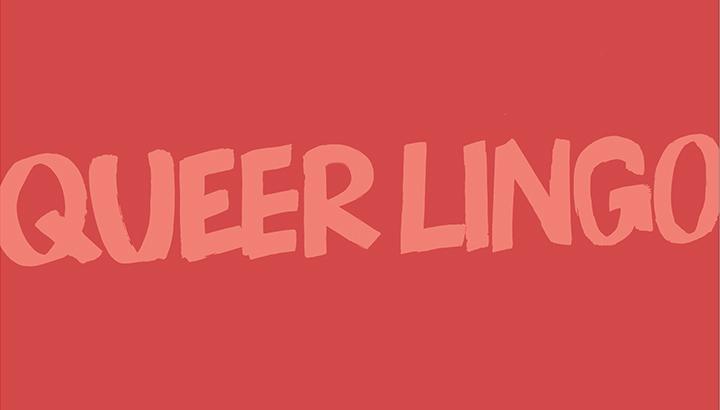 While some of the terms used in this edition may be known throughout parts of the queer community, not everyone — not even all queer people — may know their definitions. To help further the conversation, we have created this section so that you may reference it as needed as you read through the pieces. Words have power, and it’s important to understand what they communicate — all of their messages, the emotions with them, as well as their direct definitions.

AGAB — (acronym) stands for “assigned gender at birth,” a term trans* people may use to identify who were born in male (AMAB) or female (AFAB) bodies

Aromantic — (adj.) a person who doesn’t experience romantic attraction but may still experience sexual attraction. To read more about this, check out our piece on the Split Attraction Model (SAM).

Cisgender (sometimes shortened to “cis”) — (adj.) someone who identifies with the gender they were assigned at birth

Closeted — (adj.) used to describe someone who is not open about their queer sexuality or non-cis gender identity

Cross-dressing — (noun) the act of wearing clothes and presenting as another gender, not to be confused with identifying as that gender

Femme — (adj.) presenting or acting in a way that is traditionally feminine, regardless of the person’s gender identity

Gay — (adj.) a person who is romantically or sexually attracted to others of the same gender, sometimes used as an informal umbrella term to refer to members of the entire LGBTQ+ community

Gender (as opposed to sex) — (noun) a social construct relating to expectations of behavior, characteristics and thoughts; commonly confused with “sex,” which is usually assigned by doctors at birth based on a person’s genitalia or their chromosomes

Gender-nonconforming — (adj.) a term used to describe someone who does not follow the traditional gender norms of the gender they were assigned at birth

Heteronormative — (adj.) an action or belief that pushes heterosexuality as the normal or preferred sexual orientation

Heterosexism — (noun) prejudice or discrimination against people who are not heterosexual

Homosexual — (noun) someone who is sexually attracted to people of the same gender; however, this label carries a negative connotation, as it has been used as a clinical term to discriminate against gay people.

Intersectionality — (noun) the different aspects of identity (race, gender, sexual orientation, ability, etc.) as they apply to an individual or a group of people; these social categories overlap in interdependent systems of discrimination

Masc — (adj.) presenting or acting in a way that is traditionally masculine, regardless of the person’s gender identity

Orientation — (noun) the determination of how one person relates to someone else (i.e., romantic orientation or sexual orientation). Gender identity is not an orientation.

Outing — (verb) the act of revealing a closeted person’s queer sexuality or non-cis gender identity, which should only be done with the permission of said person. Outing someone without their permission is a violation of their trust and is highly frowned on.

Phobia (as in homophobia/biphobia/transphobia/aphobia/etc.) — (noun) dislike or prejudice against gay/bisexual/trans*/asexual individuals, more obvious or direct than heterosexism or cissexism

Queer — (adj.) a person who is a part of the LGBTQ+ community

Spectrum — (noun) a range between two opposite points (i.e., the gender spectrum), but it is more commonly used in reference to autism spectrum disorder (ASD)

They/them/their — (pronouns) the most common singular gender neutral pronouns in the English language, which have been used since the 14th century

Trans* — (adj.) people who do not identify with the gender they were assigned at birth. The asterisk acknowledges there are people who may not feel like the term “trans” or “transgender” accurately applies to them, and its placement shows that those other identities are being included in the discussion.