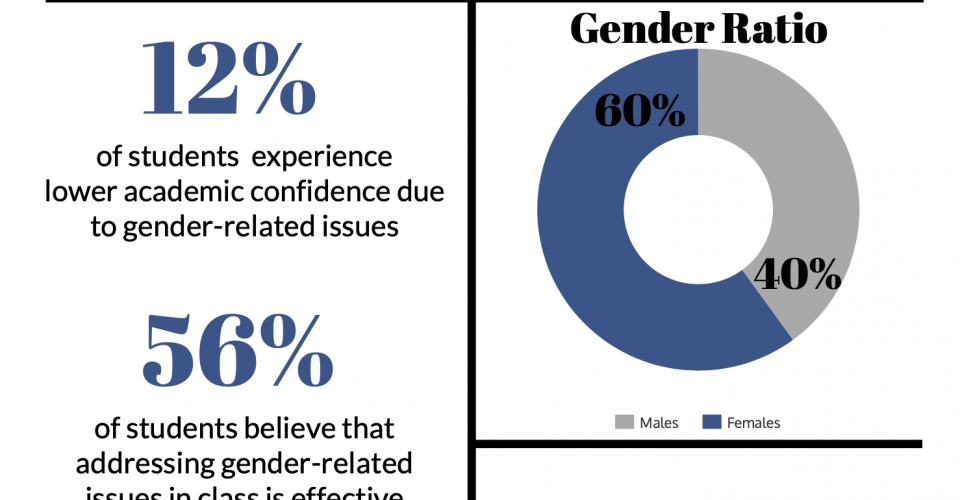 Most students at Pepperdine know that the ratio of males to females is unbalanced. In fact, it is talked about so much that it has become a running joke among the students. But at what point does it become an issue in the classroom? 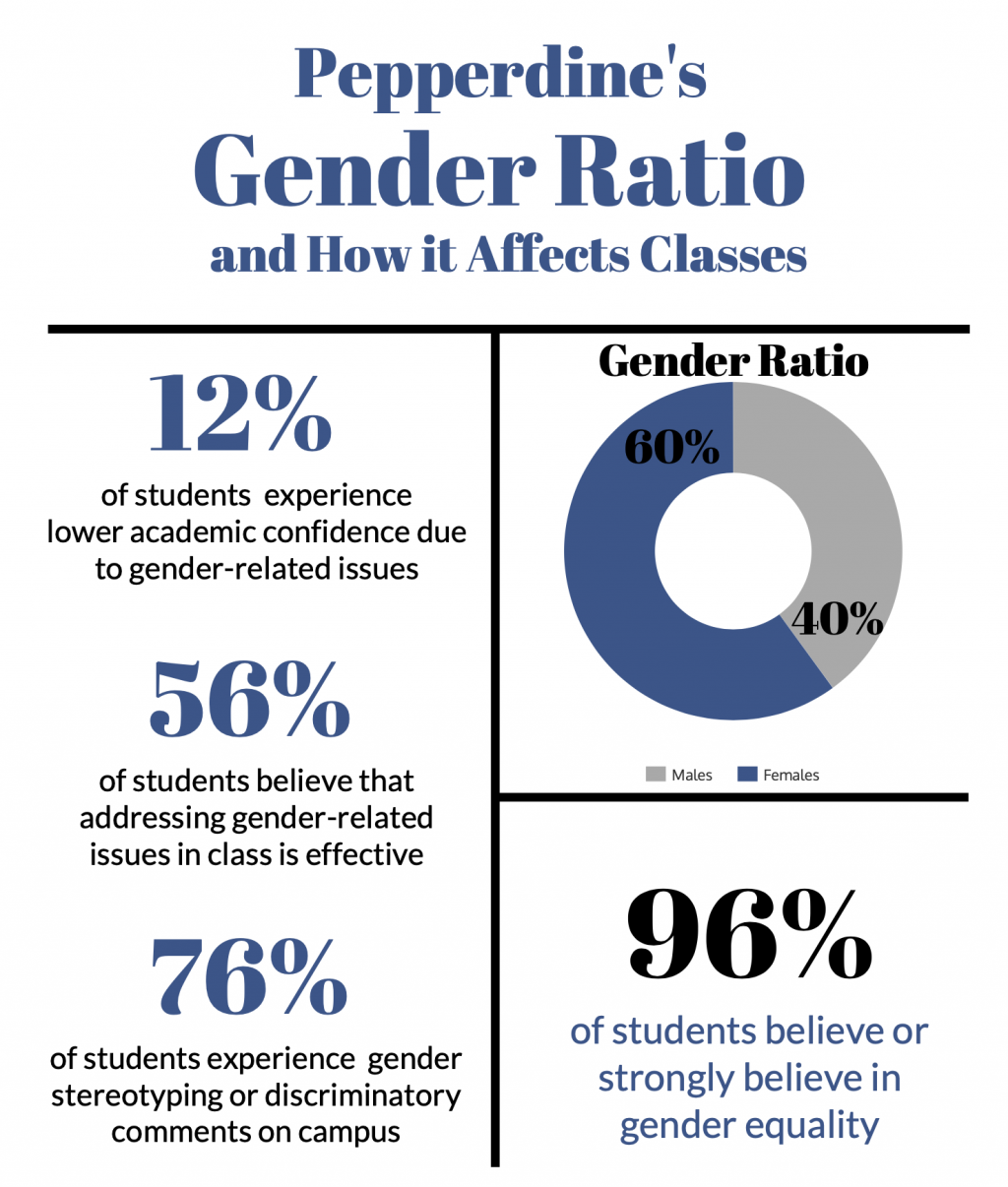 According to the 2018 Pepperdine Admission facts for Seaver College, the undergraduate student body is 60 percent female and 40 percent male. Naturally, this leads to a gender imbalance in the classrooms. Women being more prominent on campus is not just present at Pepperdine, however. According to an article by The Atlantic, “In 2015, 72.5 percent of females who had recently graduated high school were enrolled in a two-year or four-year college, compared to 65.8 percent of men.”

Jacob Fields, a senior PR major, is used to the unbalanced classrooms.

“I have a digital strategies class which is about three guys, and my PR capstone is two guys,” Fields said. “My junior year was when I really started getting into PR classes, and that’s when I had the first class where I was the only guy. It became a pretty common occurrence from there on out once I started getting more into the PR major.”

Fields said it took some time to get used to the ratio.

“When I was not used to it, it definitely, I wouldn’t say it affected me per se, but it was something I noticed,” Fields said. “Now, it’s just normal. Maybe I’ll notice it on the first day, but I’m just used to it. It definitely doesn’t bother me.”

Zachary Nickels, a senior IMC major, also said it took some time to get used to the shift from the General Education classes to major classes in terms of gender ratio. He said in about one-fourth of his junior and senior year classes he was either the only guy or one of two or three.

“But obviously [in] the General Education classes, you get a healthy mix, not necessarily 50-50, but there are at least four or five other guys in there,” Nickels said. “I grew up basically being surrounded by girls, so it didn’t really phase me too much. It was kind of normal until I realized — like wait, I’m the only dude in here. It’s a little weird. But it didn’t affect me too much because I’m used to it. I go to Pepperdine — that’s just what you get.”

Nickels discussed the downside of classes that are primarily dominated by females and the differences it can cause in class discussion. Nickels recalled examples from his graphic design class where he was the only male student and the professor was a female. He said they would often do projects or have topics on fashion, and he would feel out of place.

“Obviously, diversity is a great thing, and I’m often one of the only voices that has the male perspective,” Nickels said. “Diversity of thought is always great — having different perspectives — because I feel like once it turns to ‘what’s a guy’s perspective?’ it just turns to me. And I am just one person, and I don’t represent all males.”

Fields said the gender ratio has helped him grow as a person and become more comfortable in the classroom.

“I’m kind of a shy person as it is, but I think as I have progressed through my major and gotten more used to having these dominantly female classes, it has actually made me more comfortable in terms of discussion and my willingness to input my opinion on a question,” Fields said. “It has probably contributed to my ability to work with the opposite sex in a professional environment in the sense that I could always be in groups of girls before and it never was a barrier, but now I feel like I almost work better in female-dominated groups. And I feel like it’s just a product of my situation.”

Jon Michael Raasch is the only male senior Journalism major.

“It definitely affects how I act in the classroom,” Raasch said. “I think there is a camaraderie that men find with other men in the classroom or workplace and that women find with other women, and I think that there is a missing component in the camaraderie aspect, but that’s not really why I’m there. I’m in class to learn. I’m in class to be growing professionally and academically. I have two capstones; in both of those classes, out of 20 students I’m the only male, including the teacher.”

Raasch did an internship last summer with CNN and out of the 9-to-13 people that worked on his floor, he was the only male.

“Though the numbers may seem like they are stacked against me, I don’t think that it is necessarily non-representative of the real world,” Raasch said. “I think that there are definitely more female-dominated parts of the media industry. I am glad to have gotten some education on how to deal with being the only man in the workplace.”

The Pepperdine gender ratio leads to many different effects that are present within the classrooms. However, in some cases, male students say it can be seen as less of an issue and more of an opportunity for growth for both the males and females experiencing the unbalanced classroom setting.

“It is really good to make yourself uncomfortable or put yourself in extraneous situations because you learn more. I’m being tested in a different way than I would be if I had a class with all men. Having something that pushes you in that regard is good,” Raasch said. 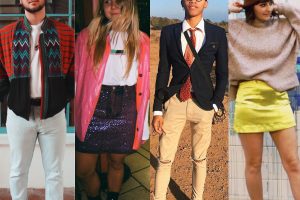