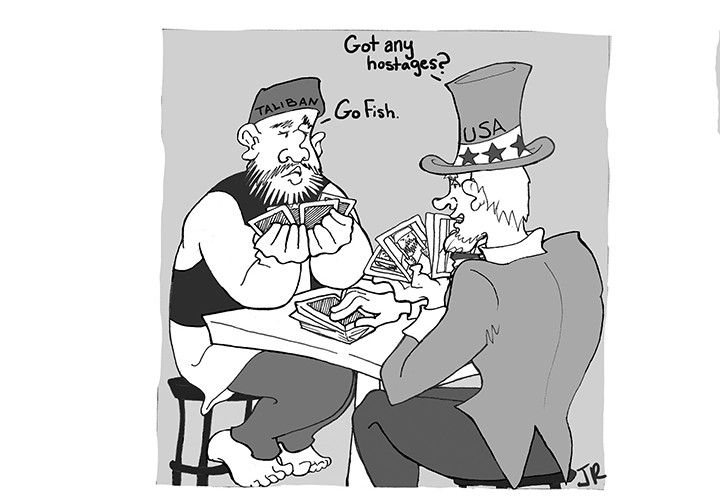 War is no longer a game of cards played with friends. When enemy soldiers are captured, America no longer enlists the long-forgotten niceties of a gentlemen’s code of conduct, such as the Marquees of Queensberry Rules. Combatants are not provided safe passage back home, released solely with a pledge to never raise arms against the U.S. again. On the contrary, enemies are removed from the battlefield forever, never to harm America, its allies or its interests in the future.

In today’s world, however, armed agents of terror target civilians more than soldiers and wield brutality in a manner consistently described as barbaric.

The United States has a long-standing policy of not negotiating with terrorists starting with the “piracy of the Barbary Coast” days. The belief (which is also held by many other countries, most notably Israel) is that negotiating only emboldens terrorists to repeat the offense time and time again. When terrorist organizations learn that there is no profit in threats, hijackings or kidnappings, civilians will be safer.

Conversely, prisoner exchanges have long been a part of U.S. military policy since the founding days of the Republic. Generally considered more humane than housing large numbers of opposing soldiers in cramped, confined quarters (which often led to unsanitary conditions and disease), prisoner exchanges have been a part of every great military conflict in American history. During the Cold War, even spies were exchanged between countries as described in an article for the Washington Post on July 7, 2010, called “Notable Cold War spy swaps.”

Sergeant Bowe Bergdahl on May 31, 2014 made world news when the White House announced that Bergdahl, held in captivity by the Taliban for five years following his capture in Afghanistan, had been exchanged in a swap for five Taliban detainees being held by the U.S. at Guantanamo Bay.

The transaction brought immediate, intense media scrutiny for President Barack Obama and his administration as the many concerning details unfolded surrounding the negotiations and ultimate swap: the quality of prisoners exchanged for Bergdahl (the Taliban army chief of staff, a Taliban deputy minister of intelligence, a former Taliban interior minister and two other senior Taliban figures), the belief that Bergdahl was captured in the process of deserting his post, his father’s rudimentary knowledge of Pashto and Urdu, which are prevailing languages in Taliban strongholds, and finally, the ultimate death of at least six U.S. soldiers during the search for Bergdahl.

From the outset, the White House attempted to paint the exchange as a prisoner swap, rather than a negotiation with terrorists. Administration officials also sought to distinguish between the differences between the Taliban and Al Qaeda.

However, for a president who was already considered “soft on Islamic extremists” by former New York Mayor Rudolph W. Giuliani, in an article from Nov. 16, 2009, by Tom LoBianco in the Washington Post called “Giuliani calls Obama soft on terrorism,” Obama has had a difficult time gaining traction with his message to a wide swath of America.

“The nonpartisan Government Accountability Office determined last summer that the White House violated federal law in swapping Bergdahl for the Taliban officials without giving Congress 30 days notice. The Pentagon has disagreed with that assertion, saying the Justice Department [stated the] swap was legal beforehand and that the United States had a small window of time in which to free Bergdahl.”, according to the Washington Post in an article called “Taliban official swapped for Bowe Bergdahl could return to battlefield, general says” from Feb. 3 by Dan Lamothe.

At best, the White House seems to be treading an extremely slippery slope by encouraging Middle Eastern enemies to kidnap civilians and soldiers. At worst, this situation is a critical gaffe by the administration for trading high-value enemies who can inflict additional damage on Americans for a coward and deserter.

The Bergdahl trade has not proved to be an open and shut case. In recent events, at least one of the released detainees attempted to renew contact with the Taliban, as reported on by CNN Jan. 30, by Barbara Starr, CNN Pentagon Correspondent. While no one knows what will happen next, the Obama administration needs to tread carefully, especially with Sergeant Bergdahl’s upcoming trial in a military tribunal for his alleged desertion.

Contradicting the actions of the Bergdahl trade, American aid worker Kayla Mueller, 26, was killed while held hostage by the Islamic State. In an interview with Buzzfeed, President Obama stated his opposition to negotiating with terrorist groups for U.S. hostages. He went so far as to say telling families like the Muellers that the U.S. will not pay ransom for the release of their loved ones is “as tough as anything I do.”

On the bottom line, we as a nation need to iron out our foreign policy regarding negotiations with other nations, specifically the Islamic State and other extremist organizations. 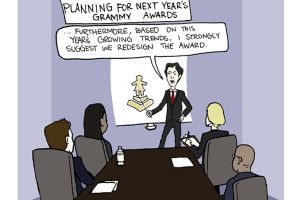 Art by Peau Porotesano Even though Sam Smith won Record of the Year, last week’s Grammy Awards were all about the ladies....
Copyright 2018 Pepperdine Graphic
Back to top