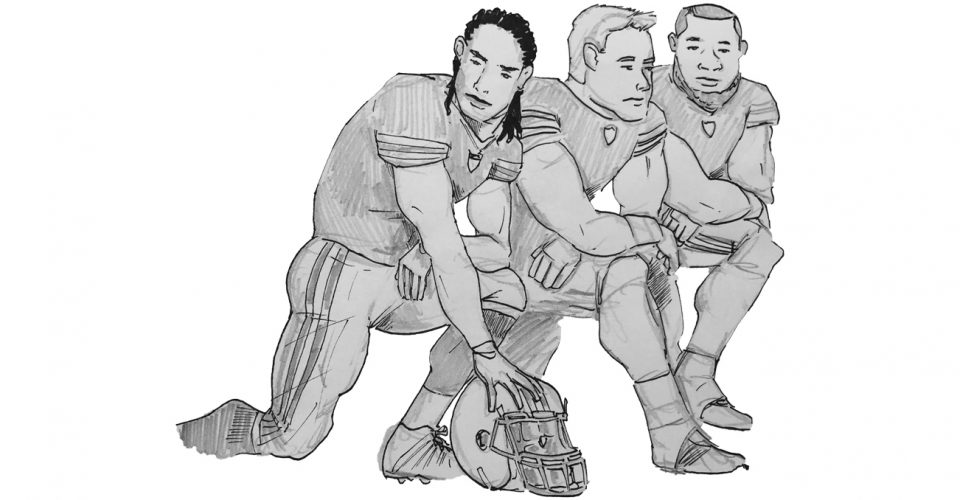 NFL kneeling protests are about racism, and the claim that they disrespect members of the armed forces is a malicious misrepresentation of participants’ intentions. To misconstrue it in this way is not only wrong, but it proves exactly why it’s necessary that awareness on this subject be raised.

“I am not going to stand up to show pride in a flag for a country that oppresses black people and people of color. To me, this is bigger than football, and it would be selfish on my part to look the other way. There are bodies in the street and people getting paid leave and getting away with murder,” said Colin Kaepernick, explaining his motivation behind the first anthem protests he started last year, according to Steve Wyche’s article “Colin Kaepernick explains why he sat during national anthem,” published Aug. 27, 2016 by NFL Media.

Originally Kaepernick made his point by sitting during the anthem, which he did for three preseason games before the media noticed. After some backlash, Kaepernick and teammate Eric Reid decided to change tactics, looking for a way to still make a point without appearing to insult the sacrifices people have made for the country.

“We chose to kneel because it’s a respectful gesture. I remember thinking our posture was like a flag flown at half-mast to mark a tragedy,” wrote Eric Reid in his artice “Why Colin Kaepernick and I Decided to Take a Knee,” published Sept. 25, 2017 by The New York Times.

Kneeling is not and has never been a disrespectful gesture. In fact, genuflection is by definition a sign of humility and respect. If their intention had been to disrespect the flag they could have mooned it, given it the finger or burned it, all of which are perfectly legal.

But their purpose was not to offend. They simply wanted to raise awareness that a country that supposedly prides itself on freedom and justice is not in fact free for everyone.

“It baffles me that our protest is still being misconstrued as disrespectful to the country, flag and military personnel,” Reid added. “We chose it because it’s exactly the opposite. It has always been my understanding that the brave men and women who fought and died for our country did so to ensure that we could live in a fair and free society, which includes the right to speak out in protest.”

The flag, after all, is just a piece of cloth. It’s the ideas of liberty, justice and equality that it represents that matter, and a country that cares more about its symbols than its people is a country that is veering dangerously close to fascism. This rhetoric of blind patriotism, the “my country, right or wrong” attitude, calling America the greatest country in the world while completely ignoring all of its problems, is exactly what NFL players are calling attention to.

Some people argue that it is not the protest itself which is problematic, but the method of protest, preferring that the flag be left out of it. But this way of thinking misses the point and only shows how thoroughly jingoism envelops American culture.

These protesters are raising awareness about the unjust treatment of people of color by the police. The flag and the anthem are inherent to the protest as they are symbols of what America should be and how that doesn’t match up with what it is. To celebrate them without this awareness is a disservice to the country as ignoring these problems allows it to degenerate from the ideals it was founded on..

To ignore this important message by emotionally reacting to a perceived insult, which does not actually exist, is just another way of burying the real issues facing America and silencing those who would speak out against them. The truly disrespectful action is to not listen to what these players have to say. 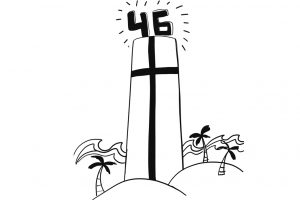 Art by Sybil ZhangA few weeks ago it was announced that Pepperdine ranks No. 46 in the U.S. News and World Reports’...
Copyright 2013 Jupiter Premium Magazine Theme
Back to top