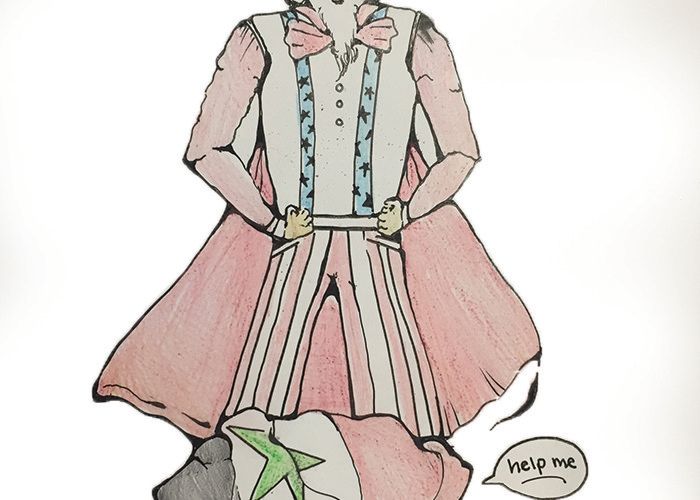 The United States is finally moving forward in the battle against ISIS, the world’s most dangerous terrorist group currently, and the major threat it poses to our world. However, the White House isn’t telling us the whole story.

Recently, as stated in the Oct. 30 CNN article “Syria: Obama authorizes boots on ground to fight ISIS“ by Barbara Starr and Jeremy Diamond, “The United States is set to deploy troops on the ground in Syria for the first time to advise and assist rebel forces combating ISIS.” The White House also said that fewer than 50 Special Operations forces will be sent into the Kurdish-controlled territory in northern Syria in order to help local Kurdish and Arab forces fight ISIS by taking control of ISIS’ unofficial capital, Raqqa.

Besides this, President Barack Obama has also authorized military aid to Jordan and Lebanon to counter ISIS and has deployed fighter jets to Incirlik Air Base in Turkey. In essence, the goal of this strategy is, as described by the White House Press Secretary Josh Earnest, “building the capacity of local forces on the ground…but these forces do not have a combat mission.” The United States is finally taking direct action and responsibility as a world leader against the deadliest terrorist group everyone fears today, but sadly, there is more to the reality of this event.

As stated in the Oct. 30 article for The Guardian, “Obama orders US special forces to ‘assist’ fight against ISIS in Syria” by Dan Roberts and Tom McCarthy, a former U.S. diplomat named Robert Ford, who was ambassador to Syria from 2010-2014, “warned the United States appeared to be committing to a relationship with a Kurdish group that has been recently accused of human rights abuses and is tied with groups on the U.S.’s own lists of terror organizations.” Ford went on to explain that Americans need to know that this Syrian Kurdish group is called YPG and is affiliated with another Kurdish group, the PKK, a group on the U.S. terrorism list.

He also mentions that Amnesty International have accused the YPG of many significant human rights violations against Sunni Arabs. Amnesty International uncovers how the YPG is unlawfully demolishing homes of of civilians with the threat that if they do not comply, the U.S. coalition will be told they are terrorists. The Human Rights Watch also uncovers their use of child soldiers who are unlawfully taken from schools and homes . The United States should not be involved with a group that is, if even, just a little less worse than ISIS.

President Obama is trying to prove to American citizens that he will not send troops to battle, as he does not want to follow in the footsteps of the George W. Bush administration, which resulted in a major loss of lives, resources and a serious dent in the economy in the Afghanistan and Iraq wars. However, as stated in the Oct. 30, 2015 New York Times article “Obama Sends Special Operations Forces to Help Fight ISIS in Syria“ by Peter Baker, Helene Cooper and David E. Sanger, “the troops would advise local forces fighting the Islamic State and not play a direct combat role, but they [the government] left open the possibility of sending more in the future.” Although I personally believe it is the duty of this country to care for citizens who cannot do it themselves, many will be outraged if the U.S. becomes more involved and the number of troops increases, an event which will most likely occur.

Even though it is clear some progress is being made, in reality there is a huge aspect that has not been taken into consideration — the Syrian President Assad. It is pretty understandable that in order for the U.S. to fully bring stability to Syria, they must not only combat ISIS but also Assad, a terrorist president against his own people.

As described in the aforementioned CNN article by Starr and Diamond, Democratic Senator Tim Kaine of Virginia said the U.S. needs a more unified strategy as this one is only addressing “half the problem — ISIL, but not Assad” and House Armed Services Committee Chairman Mac Thornberry, a Texas Republican, said “I do not see a strategy for success, rather it seems the Administration is trying to avoid a disaster while the President runs out of the clock.”

The Guardian article by Roberts and McCarthy even demonstrates the disillusion Obama’s former Syria special adviser has of the plan as “employing a handful of U.S. Special Operations forces to Syria will not change this situation significantly…It is a Band-Aid of sorts.”

It’s a bit depressing when what could have been a positive move forward to help thousands of citizens has so much unsaid backstory to it. It is frustrating to see how the U.S. has no boundaries as they decide to work alongside another terrorist group that many argue is just as bad as ISIS. It is also frightening, as numerous times in its history, the U.S. has allied itself with a rebel or terrorist group that ends up being even worse than the one they tried to defeat in the first place, such as in Iraq or numerous Latin American countries.

It is sad to know many will uprise as more troops get involved in the war. Finally, it is bewildering how this approach is only attacking one part of the problem, when it is obvious that nothing can be solved without an attack on both ISIS and President Assad. Overall, this strategy could really be a step forward, but there should be no hiding the fact that it is a very small and dangerous step that could potentially backfire and hurt not only the United States, but also the defenseless Syria, which is in dire need of help. 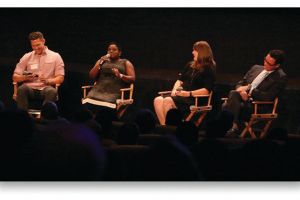 Photos by Kaitlyn Ryan and Chad JimenezMore than 400 people gathered at Walt Disney Studios in Burbank to celebrate the launch...
Copyright 2013 Jupiter Premium Magazine Theme
Back to top