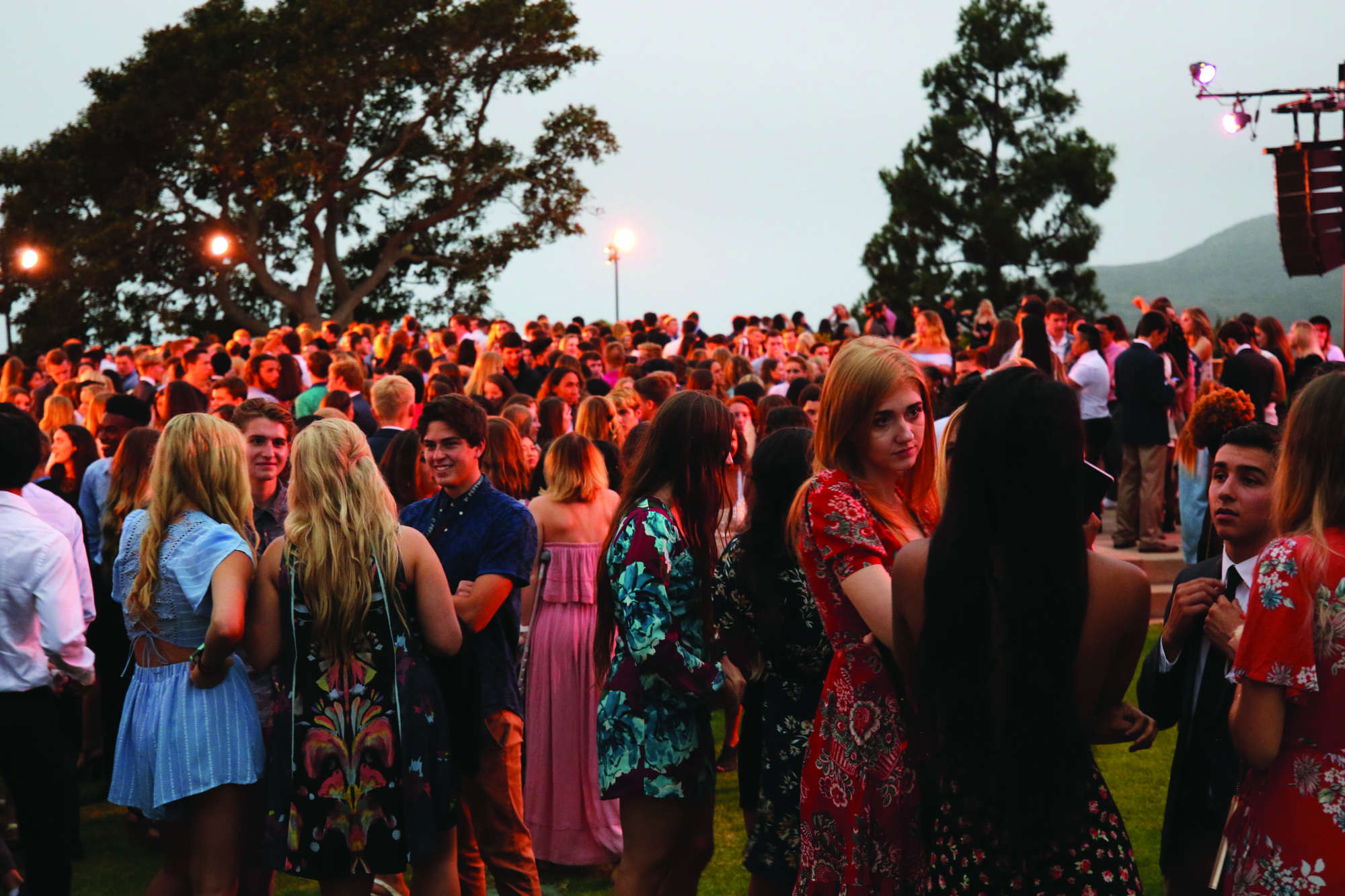 Incoming students got into the groove of their Pepperdine experience at the annual President’s Reception on Friday, Aug. 25.

The President’s Reception, formally known as such, but informally referred to by many students as “My Tie,” brought back the ties this year. Instead of removing the “blind date” element from the reception entirely like last year, this year male roommates chose one of their ties to put in a box and attended the event with the female roommates who chose the tie together. One room was paired with another room, rather than one person being paired with another person.

Freshman Josias Escobar said he came to the event expecting it to feel awkward, but was happy to find that it was a good way to meet people.

Associate Director of Student Activities Brittany Skinner said the President’s Reception is a group effort between Student Activities, Housing and Residence Life, Student Affairs and President Andrew K. Benton. The goal of their continued conversation and changes to the event, she said, is to make it more of a group dynamic.

President Benton and his wife Debby Benton shook each student’s hand as they entered Brock House. The line stretched out to the house’s front gates and into the driveway as students arrived on shuttles from Rho parking lot.

Sophomore transfer student Spencer Keene said that President Benton’s accessibility to students is central and unique to the Pepperdine experience.

“[President Benton] knows you by name. He knows you for who you are; he takes the time to appreciate you and learn about you,” Keene said. “That is such a critical aspect of what makes Pepperdine so great. We have a president who cares about his students.”

Escobar, who said he is not generally an outgoing person, was one of the first freshmen on the dance floor.

“I had coffee before coming here,” he said.

Other students followed his example and started dancing.

Students sang along to the Mesa Peak Band’s renditions of “The Middle” by Jimmy Eat World and “Surfin’ USA” by the Beach Boys.

“Groove to this one, boys and girls,” President Benton, leader of the band, said before launching into “Brown Eyed Girl” by Van Morrison.

Students swayed and swing danced. They shook tambourines and maracas to the beat.

“Once everyone started to get into the groove of things and dance around, it was fun,” Escobar said.

For one of the last songs, Wilson Pickett’s “Mustang Sally,” students were invited to the stage to sing, even if they didn’t know the words.