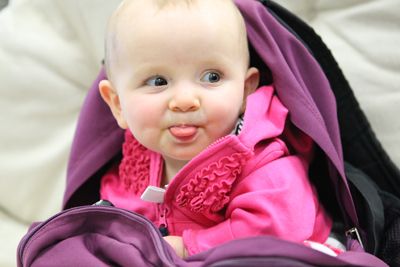 Senior Jamie Loren’s stress level goes beyond midterms and essays. Since her son Preston was born in 2007, her major priority has become not to let her life spin out of control.

“If you are a good parent and a good student, you try not to let it become an excuse for not being prepared or for doing a so-so job,” Loren said.

Loren starts her usual day as early as 6 in the morning to get her 5-year-old son ready for school. She drops him off by 8:45 a.m. — 15 miles in the opposite direction of Pepperdine. After that, she drives 60 miles to be on time for her 10 a.m. class.

“My life is crazy,” Loren confessed. “Last semester I was enrolled in 6 classes, was taking 19 units, while interning for NBC Universal two days a week.”

Jenny Gardner, a graduate student getting her master’s of science in communication, is in a similar situation.  She is raising two children, 5-year-old Josie and 3-year-old Theo. Gardner believes that prioritizing is the biggest challenge for parents who are attending schools. “I’m constantly juggling what’s most important to get done at a given time,” she said.

Gardner got her bachelor’s degree in English from UCLA, spent seven years working as a magazine editor, then returned to school for her master’s degree. “On days I don’t have class, I generally have to balance my schoolwork with things like grocery shopping and folding clothes — when you’re a parent, there’s a never-ending supply of clothes to be washed and put away,” Gardner said.

Loren has been balancing school and parenting since she was pregnant.

“I decided, once my husband and I found out [Preston] was on the way, to go back to school,” Loren said. She was taking night classes while pregnant. Meanwhile, her husband was in Iraq serving for the U.S. Army and returned home just days before their son was born.

“Once I found writing to be my strength I chose journalism and once I became pregnant I decided to make school my No. 1 priority while my husband, Travis, was in Iraq.”

“I live in Valencia, near Magic Mountain, and commute to Pepperdine everyday for class,” she said.

The rest of her day is a race to her classes, with homework breaks in between. Throughout the day, Loren manages applying for jobs, making phone calls for fundraising for her son’s school and paying bills. “It all happens walking to and from class, “ she said.

Loren is currently teaching herself Spanish to pass out of the foreign language requirement. She listens to Spanish learning CDs in the car on the way to pick up her son in the afternoon.

“Then I get home, start dinner, do a load of laundry, put my son in the bath and my husband gets home. Dress, feed and play with my son. Help clean up dinner and take out the dogs. Change the washer, clean up toys, vacuum. Then it’s off to bed for him by 8 p.m. So we do about 45 minutes of reading. Then it’s homework time. Stay up until about 11 p.m. and pass out. Then it starts again. I have to say this is by far the easiest semester I have had in about three years,” she said.

Loren is graduating with a bachelor’s in journalism this semester. Despite an extremely busy schedule, Loren is hoping to get a job within entertainment and become a film producer. She maintains a high grade point average and was inducted into the Communication Honor Society, Lambda Pi Eta.

“I have had to make difficult decisions, but because I have so much family support I haven’t had to make the extreme sacrifices that other student-parents, or any parent for that matter, sometimes have to,” Loren said.

Despite the fact that her classmates are a few years younger, Loren has found a way to make the learning process beneficial for both her and her classmates.

“It’s interesting because I am older but not by enough to where I feel uncomfortable, just simply at a different stage in my life,” Loren said. “I try to picture their futures when I listen to them speak in class.”

“If I didn’t have my family at home, I wouldn’t feel different from the others,” she said.

The 2012 NCAA Men’s Division I Championship is now down to its “Final Four.” The tournament, which started with 68 teams...
Copyright 2013 Jupiter Premium Magazine Theme
Back to top