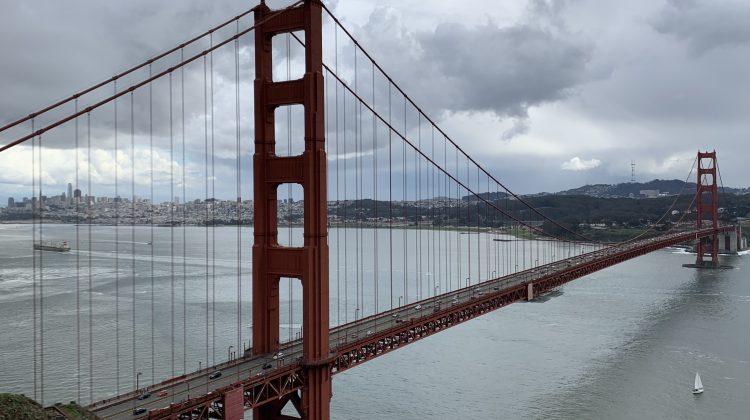 The birthplace of cable cars, home of the Giants and the city where the Summer of Love took place, San Francisco hosted Pepperdine students from March 18 through 20. Students visited Triangle Park in the Castro District, the California Academy of Sciences, Chinatown and other popular tourist destinations in the hilly city to learn about social justice.

The Office of Intercultural Affairs organizes the San Francisco trip for students every year. This trip consisted of sophomores and some juniors — permitted to attend because they could not during the COVID-19 pandemic. Students who chose not to go abroad have an opportunity for an educational experience outside of Malibu on the trip, said Steve Rouse, professor of Psychology and coordinator of the LGBTQ+ movement excursion as part of the trip.

Sophomore Aaron Kramer attended the San Francisco trip with the Asian American movement as an RA and said he had such a good experience that he encourages all future sophomores to go.

“I think it’s a great chance to get to know different perspectives and see a kind of different culture that you haven’t seen,” Kramer said.

The goal of the San Francisco trip was for students to learn about social justice movements, Rouse said. Students made up four different tour groups based on their interests — the LGBTQ+ rights movement, the Black power movement, the Red Power movement, the Asian American movement and the green movement.

Sophomore Julie Tingleff attended the trip as part of the green movement and said she loved it.

“It was so fun,” Tingleff said. “It was definitely a learning experience, but I feel like I also met a ton of really cool new people.”

Tingleff said she chose to attend the trip as part of the green movement because she’s considered changing her major from Religion to Sustainability.

“I was hoping for some clarity actually on that decision and whether or not I should do that,” Tingleff said.

The green movement attended the California Academy of Sciences where greenery covers the two and a half acre rooftop and walked across the Golden Gate Bridge.

“Obviously the museum was super awesome,” Tingleff said. “I feel like I learned a lot there.”

All movements also had eight hours of free time to explore San Francisco on Saturday, March 19. Tingleff said she went to the Out of the Closet thrift shop and took a cable car to browse Fisherman’s Wharf and Ghiradelli Square.

“Definitely the highlight of the trip for me, as the thing I’m gonna remember forever, is me and my friends found these motorized scooters and took them back to the hotel from Fisherman’s Wharf on Saturday night,” Tingleff said. “It was just magical.”

Kramer also went to Ghiradelli Square and Fisherman’s Wharf. The Asian American movement, however, visited a different part of San Francisco than the green movement.

The Asian American movement toured Chinatown with a local guide who was born and raised in the area. The group learned about the history of Chinese immigration and how Chinese immigrants were legally kept in their small community that came to be known as Chinatown, Kramer said.

Kramer said the tour guide was the most impactful part of his trip.

“Having a tour guide with that much experience was really invaluable,” Kramer said.

Kramer said he connected with Asian American culture more in San Francisco than he did in the past.

“You read about these things in history books and it can feel very distant from you,” Kramer said. “You can see yourself in their shoes a bit more. It inspires you to think, what can you do?”

The ultimate goal of the trip was for students to come back to Malibu with a greater sense of community and knowledge about social justice, Rouse said. Kramer said he left San Francisco with exactly that.

“I just learned so much and got to experience different cultures and with fellow Pepperdine students. It was a really great opportunity,” Kramer said.