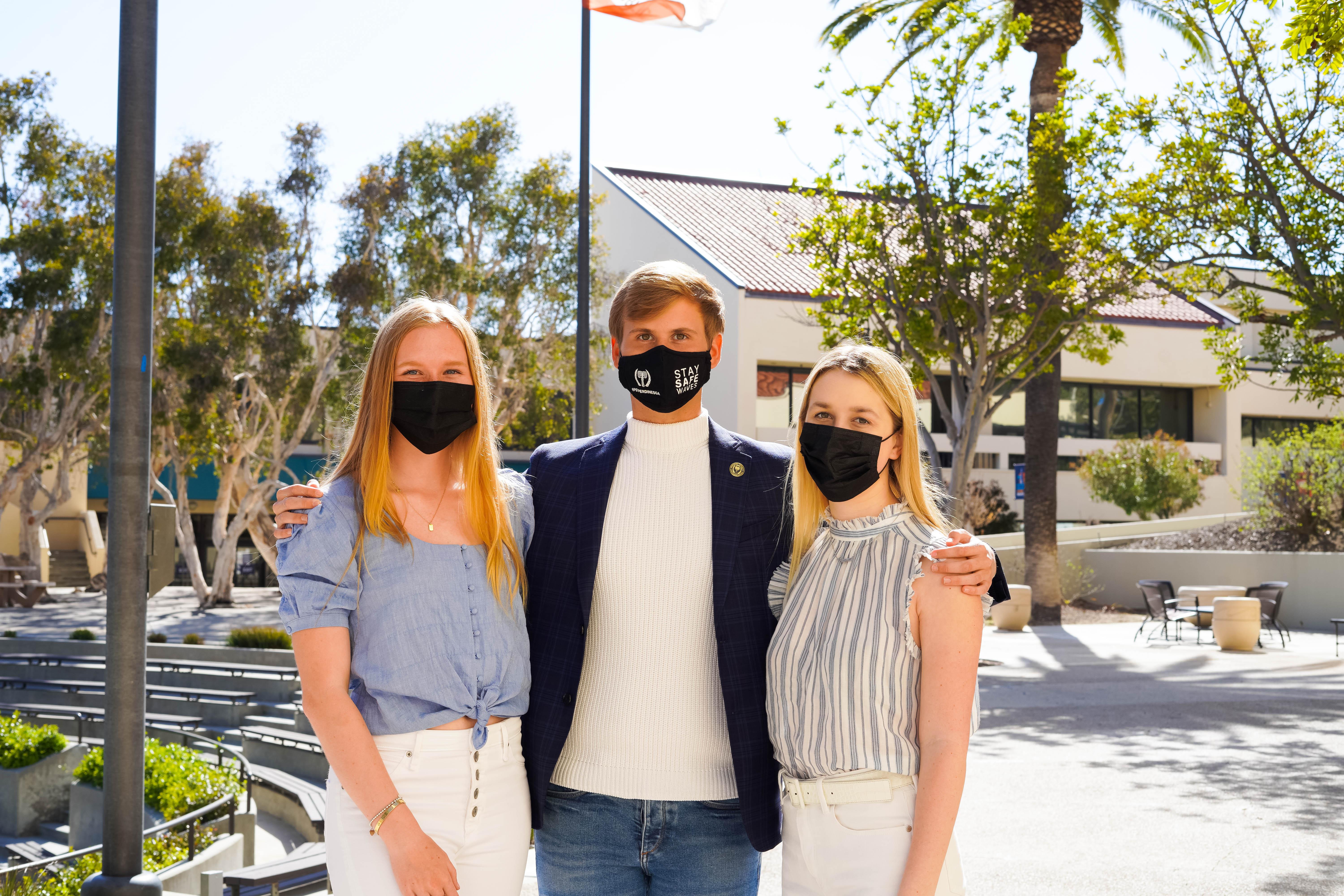 Elections took place fully online April 21 and 22, and Pepperdine students voted through a Google Form received via their emails. The executive vice president position was the only race with two candidates.

“SGA is something that I am really passionate about,” Walker said. “Being able to have a leadership position that also is going to do good for the student body makes me really excited.”

“Emailing hundreds and hundreds of people to get those signatures was probably the hardest part,” Fermanian said. “When you’re on campus, you just walk up to random people with a binder, but online, you don’t really get responses.”

The new executive board campaigned online but also met and started to brainstorm for the year ahead online. They had their first FaceTime call to virtually meet each other right after they were elected. Walker said they were excited to work together and get to know each other better.

“We all have the same drive and are willing to work really hard for it,” Walker said. “I’m just excited that we seem to mesh well together because I feel like how much you get done is dependent on how other people can work together.”

Throughout the past year, SGA worked on resolutions to implement a spring recess over Easter weekend, advocate for campus access during the pandemic and propose programs like a cultural exchange program and a Great Books honors program.

This upcoming year, Fermanian said SGA hopes to increase transparency between the officers and the students, and expand their diversity, equity and inclusion committee.

“Everyone is always like, ‘I have this campus life fee. Where’s it going?’ or ‘I know about SGA, but what are they doing?’” Fermanian said. “So I think increasing that transparency is really, really important.”

As Pepperdine is expected to fully open in the fall, Walker said the entire SGA board is excited to welcome students to campus and lead in an in-person setting.

“We’ve been apart for a whole year, I think it is going to be important to make sure everyone feels like their voice is heard and taken care of,” Walker said.