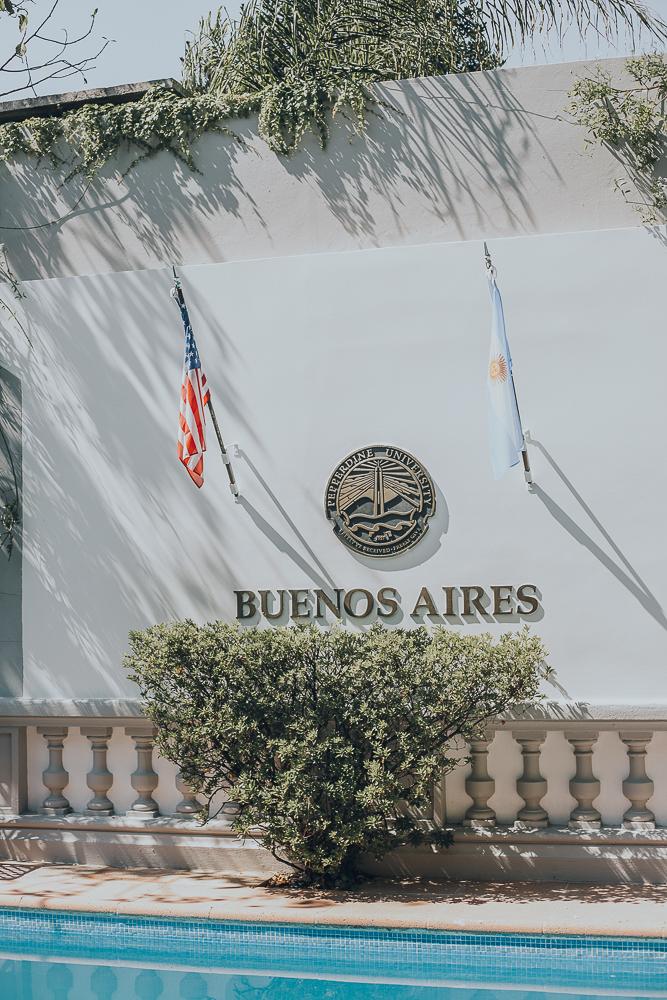 Junior Garrett Le watched the June 2 Presidents’ Briefing hoping for updates on his fifth attempt to go abroad. The International Programs office postponed the May 26 program-specific meeting for students going to Buenos Aires but did not say when it would be rescheduled.

Fifteen minutes after the briefing ended, Le got the email. Pepperdine suspended the BA program for fall 2021.

“I was prepared for it,” Le said. “I wasn’t as disappointed as I was before in a way because I knew what to prepare for.”

The email reached students 12 days before the June 14 deadline to drop out of a study abroad program.

The factors the IP office considered included “travelers’ ability to enter Argentina, including those from the United States; a host of regulatory restrictions that alter or eliminate essential program activities; current guidance from the CDC; increasing COVID-19 case rates locally; a much slower rate of vaccination progress abroad; and our care for the student experience,” wrote Beth Laux, executive director of International Programs, in the June 2 email.

Students Consider Dropping From the Program

Courtney Wisniewski, sophomore and BA’s media coordinator, said she planned on going abroad for the academic year, but before IP announced the suspension, she deliberated whether to drop the program.

“It was just a whole lot of me sitting and thinking, ‘What’s worse, being home for another semester because I decided to stay with my program, or staying with my program and getting to go, or dropping my program?’” Wisniewski said.

Wisniewski said because she signed a contract to be the media coordinator, she was unsure if she would even be allowed to drop. She said she did not hear back from her supervisor when she asked about the likelihood of going abroad, which made it hard for her to decide on dropping.

“I was upset at first,” Wisniewski said. “But then I was kind of relieved they just made a decision. They didn’t leave it in our hands to make this decision; they just made the decision for us.”

The deadline to back out of international programs and the postponement of the BA meeting contributed to her suspicion that IP would suspend the program, Wisniewski said.

“I was like, ‘They’re giving everyone the chance to back out because they’re probably already planning to suspend the programs — they’re just not willing to tell us yet,’” Wisniewski said.

Natalie Alderton, sophomore and resident adviser for BA, said the longer the Zoom session was postponed, the more likely she thought it was that BA would be canceled.

“I also think that I had gone through my personal decision over the days before between the program-specific and the general IP Zoom, and I had come to the personal conclusion that really it would be too risky to not drop my academic contract,” Alderton said.

Alderton said she and many of the people she spoke to were waiting for the program-specific Zoom meeting before they decided whether to drop the program.

“I just think following the news — following the trend from IP having our Zoom postponed — that led it to be less surprising and a lot of people to consider the same decision to drop the program, especially when you compare it to the outlook of the European programs,” Alderton said.

The suspension, Alderton said, worked out for her because, despite her reservations, she wanted to be an RA for BA and to have experiences with her cohort, which made it difficult to drop the program.

“I didn’t feel any sort of pressure from Pepperdine or IP, but I did feel a sense of personal obligation and excitement for what I was going to get to do with that position,” Alderton said.

Students and Faculty React to the Decision

Darlene Rivas, History professor and faculty in residence for BA’s fall 2021 semester, said she received a warning about the suspension a day in advance.

“They did explain that the situation had just gotten to where it was untenable — that they didn’t think it was going to be where they could provide the kind of experience that the students really need to make it a good learning experience for them,” Rivas said.

According to the U.S. Embassy in Argentina’s website, the Department of State has declared Argentina a Level 4 “Do Not Travel” country, and the CDC issued an “Avoid All Travel” notice due to COVID-19.

Rivas said she found a balance between being disappointed and acknowledging the inevitability of the University’s decision.

The students who planned to participate in fall 2021 only, Rivas said, concern her because they may not have a chance to go abroad at all.

The Buenos Aires program has students stay in homestays, where they live with a family in Argentina rather than in a Pepperdine facility.

Before he received the email, Le said he knew BA was in a worse position in terms of the number of cases when compared to the other abroad programs.

“I mean, it hurts every time,” Le said. “It’s painful every time, but I’m still coming back to it, you know?”

Going abroad, Le said, is important to him. Le’s parents, Hung and Corinne, met when abroad in Heidelberg as Pepperdine students. Le’s parents are still in contact with their abroad cohort, and all three of Le’s brothers attended abroad programs at Pepperdine.

“I feel like I’m one of the few people on campus or who’s going to be at Pepperdine next year who at least has some hints of what going abroad is like and what IP is capable of,” Le said. “And I want to keep pursuing that.”

Le said he hopes he is able to go to Buenos Aires in the spring and intends to go abroad in the summer and to Heidelberg in fall 2021.

“I know this door is closed, but I just see a lot of other doors opening at the same time,” Le said. “And there’s a lot that I can’t control, but I’m going to do what I can to make decisions that can make abroad possible for me.”

As a Creative Writing and Spanish double major, Le said he is trying to stay as flexible as possible. Depending on his experience in BA this spring, Le will either change his Spanish major into a minor or drop the major to go to Heidelberg in the fall.

“It’s something that I’m going to keep fighting for,” Le said. “Like, even if I have to do a fifth year to go abroad, I’m gonna; I’m gonna go abroad. I’m hopeful for that.”

Pepperdine’s abroad programs, Wisniewski said, are the main reason why she chose to attend Pepperdine. As an Advertising major, Wisniewski is unable to travel abroad in her junior year, so she is hoping to in the spring. Additionally, Wisniewski said she may go abroad over the summer with a different college.

Wisniewski said Pepperdine’s decision to have students enroll in classes in Malibu has made the news of the suspension easier to handle. Wisniewski said she hopes that there will be a lot of opportunities and activities in Malibu.

“It’s kind of like a bittersweet thing, because I’m really gonna miss Argentina,” Wisniewski said. “But at the same time, I made some really amazing friends and I was sad because none of them were going for the year, and so now I’m glad and I get to be with my friends for another semester before going abroad.”

Alderton said she is excited to study in Malibu in the fall, and while she may apply for a summer program, she does not think she will apply for another academic year program.

“I’m coming to terms more with my personal opinions and what I want my future to look like at Pepperdine,” Alderton said. “And I think having junior and senior year in Malibu on campus — hopefully, by then, everything would be normal — I think that is something that I’m looking forward to, and have been looking forward to, for a long time.”

Emily Shaw contributed to this reporting.