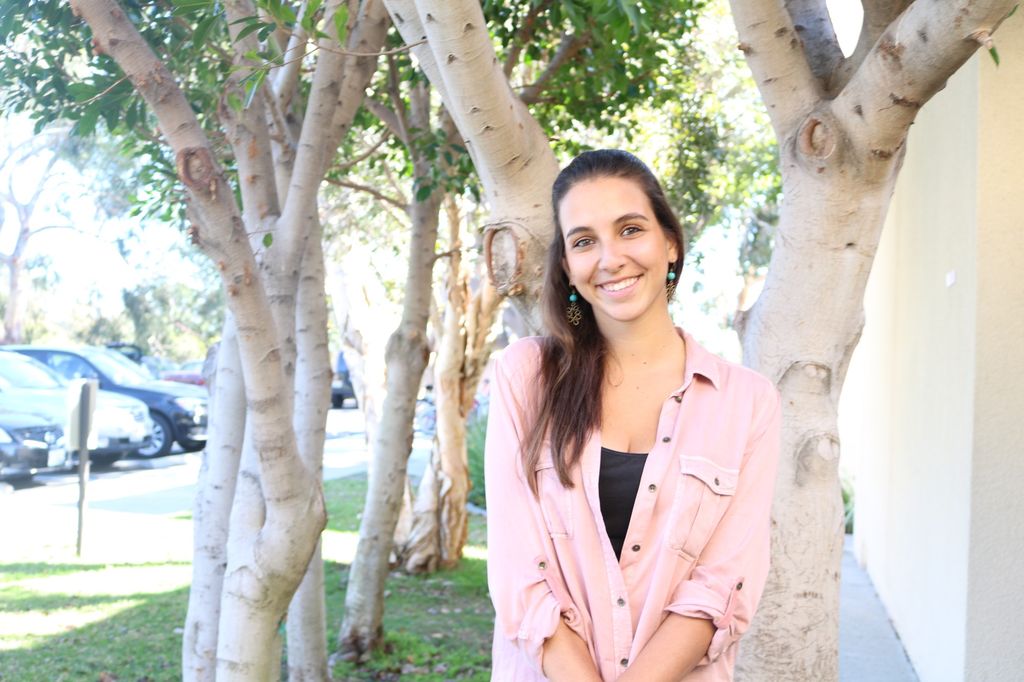 Many students gathered on main campus to view an assortment of short films created by their talented classmates at Reelstories Film Festival on Jan. 26. This event marked a significant day in 20-year-old Pepperdine junior Bella Issa’s life as a filmmaker. Issa’s first year at Reelstories awarded her and her short film, “A Little Bit of Grace,” best cinematography and most impactful screenplay.

Born and raised in Kingston, Jamaica, Issa has been a Media Production major since her freshman year. She said that she was interested in film even in the years leading up to her first year at Pepperdine, as she attended a filmmaking course at New York Film Academy when she was 14 years old.

“A Little Bit of Grace” was an unconventional film at Reelstories this year, as the writing, filming, directing and editing stemmed from one source — Issa, herself. The first-time Reelstories filmmaker said that the central message was about two children, Grace and Eli, who find love from a friendship.

“Being deaf, we watch as Eli experiences challenges but also as he keeps Grace connected to nature and simplicity,” Issa said. “It’s a love story, with grace as its core — it encourages the audience to give grace to those who are different and to those whose stories we don’t take the time to truly understand.”

Issa said that she is inspired by people, and she is moved by the unique stories that are individual to every human life. She said that she enjoys telling the stories that may typically go unheard and this translates through her passion for visual storytelling, as she enjoys creating feature films, documentaries and short stories.

The central inspiration for “A Little Bit of Grace,” however, was her fascination with diverse human experiences and cultures.

“I think one of the most special things we can do is to try and understand and appreciate people and their stories,” Issa said. “I’ve always been intrigued by different languages and cultures, one of them being the deaf community.”

The process of creating a film that has the chance to be rejected from the selection committee for Reelstories can produce feelings of vulnerability, Issa said.

“It’s a scary feeling knowing that something that you spent so much time and energy on, and something that was so personal, was going to be shared with so many people,” Issa said. “I had to accept the feeling that there would be people who didn’t appreciate it or who didn’t get it, but then, there would be people who did — and those people, even if they were few, would hopefully leave the theater having experienced something special.”

Although Issa said that she will submit another film to Reelstories next year, she does not want to plan her future, but rather wants to keep her focus on what is truly important to her.

“I’m trying to stay invested in the present and work at this craft as if working for the Lord,” she said. “My focus is on telling stories that inspire and show Jesus, and so I guess that’s what I see for my future — telling honest, thought-provoking stories that show Jesus.”