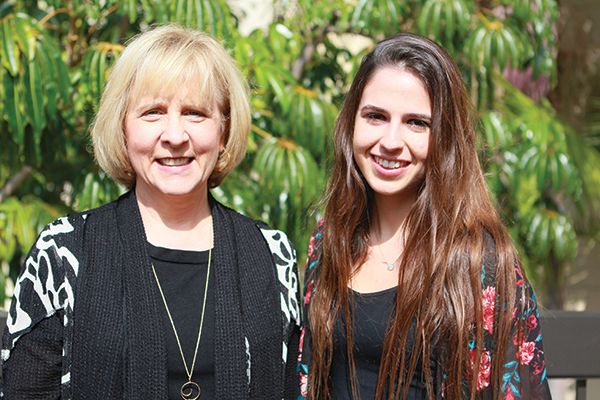 Pepperdine University is making efforts to revive a Judaic Cultural Awareness Club which was active a couple of years ago, and will be open to students of all religious backgrounds.

Assistant Provost of the Office of Institutional Effectiveness, Lisa Bortman is spearheading the effort to start the club along with freshman Rena Ohana.

The club had been in existence before, but died out a couple of years ago, according to Bortman. This past fall, during a focus group with student government and President Andrew K. Benton, a conversation about how students establish their affinity groups, and what is the group that you most align yourself with. Bortman explained how one of the students said the she happens to be one of the few Jewish students at Pepperdine and doesn’t have a group to align with.

Ohana attended the focus group and expressed concern to Benton about wanting to help revive the club. “When I first came to Pepperdine, I was nervous that I wouldn’t be able to have anyone to relate to (being Jewish),” Ohana said. She said that she had the initial idea of the club coming into Pepperdine, but seeing other students’ concerns really pushed her to get it started.

Bortman recognized that there are clubs and organizations for so many things, but there isn’t one for Jewish students. Bortman said that she wants to change that.

On Wednesday, February 25th from 9:00am-11:00am, there will be an informational meeting for students interested in the Jewish faith and interfaith relations.

During this meeting, Bortman is going to lead a discussion and see exactly what students would like to get out of this group.

“It is for Jewish students and students of any faith who want to participate in this group,” Bortman said. “I also have some ideas that might be of interest to them, but the thought is that it will serve as a social group, a support group, an intellectual group, and not necessarily religious — but cultural customs.”

Bortman said they will be going through the cultural center to start it as an organization, but the club will be open to everybody who wants to join.“The open house will get students to sign up to see if they are interested, then we can go to student affairs. We need at least 10 students to be considered a club,” she said.

Bortman explained that there are also some long-term benefits that a club like this could have, specifically attracting more potential Jewish applicants and future students.

“This is a really good time for it. My long range vision is that we will create an organization where students really want to go and spend fellow time with students and will be able to build these relationships and explain them to the outside community,” Bortman said. “More Jewish students will feel comfortable coming to Pepperdine.”

Bortman explained that for non-Christians, coming to Pepperdine can be a little lonely not celebrating your holidays and traditions. She also pointed out how Convocation is a big area for improvement.

“It’s a little bit more challenging for students of others faiths,” Bortman said.

An interfaith Club Convo is also an area in which Bortman said she hopes to explore.

“It’s so contemporary: How do you accept cultures that are not your own, that seem so foreign to you? How do you be sensitive enough to have an understanding, but also know that you don’t have to accept those cultures but have a certain level of respect?” Bortman said.

Bortman discussed how her identity has played a role in helping create this club because Pepperdine is a safe environment. “Many people have said to me, ‘You’re Jewish and working at a Christian university, how can you do that?’ I say that this is the first place that I’ve worked where I’ve never come across any anti-Semitism, which is huge.”

Starting a club like this goes back to the fundamentals of faith, Bortman said, as she explained the importance of having a group of peers who have a similar belief system and are able to have these types of discussions about faith.

She also pointed out the fact that being at a Christian university in particular is probably the only place where you are going to get non-Jewish students coming to support you.

Sophomore Marin Longfellow said she is excited about the prospect of a Jewish club being active on campus. “I think that people have the right to share what they believe, and I fully support the creation of this club,” Longfellow said. “I think it’s important that we are able to share our values.”

Ohana said she is excited for this club for a variety of reasons. “I want to meet other students here. I think it’s important to be able to connect with them and see what we have in common.”

She stressed that she doesn’t just want the club to be about learning about Judaic heritage and culture, but celebrating it. “I want there to be a social aspect to it, of having people that you can relate to,” Ohana said. “I want it to be fun, not just learning.”

Bortman encourages any students who are interested in joining the club to contact her via email at lisa.bortman@pepperdine.edu.