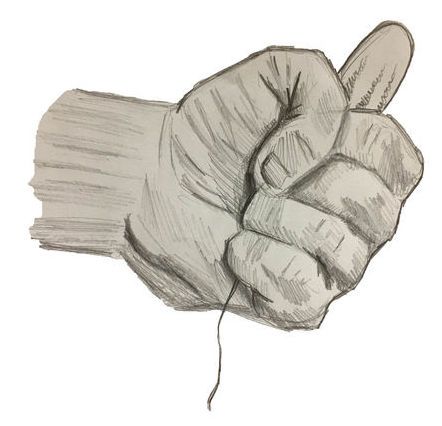 Every month, for anywhere from three days (if I’m lucky) to seven days (if I’m not), my uterus decides to punish me for not blessing it with a child. It’s generally accompanied by cramps, extra laundry and the desire to do nothing but lie in my bed all day. But this isn’t about the way periods ruin my quality of life (if you’re interested in that, talk to me in person). This is about California Gov. Jerry Brown’s recent decision to veto AB-1561: the bill that would eliminate the “tampon tax” as it has come be colloquially known.

For some background, the tampon tax isn’t exactly an extra tax levied on tampons and other menstrual products, but rather the continuation of the state sales tax on these items, according to an article by Sharon Bernstein titled “California bill to repeal ‘tampon tax’ heads to governor” for Reuters published Aug. 24, 2016. The article goes on to explain how a bill, “would add tampons, sanitary napkins and other menstrual products to a list of necessities like food and prescription medicines that are not taxed.” It received unanimous support in the State Assembly. Unfortunately, once it reached Brown’s desk, it was vetoed for fear of losing a yearly $20 million in tax revenue.

The money argument makes sense. Most women get their periods every month from the time they begin puberty until they reach menopause (give or take a pregnancy or few or sometimes none). Since bleeding out is frowned upon in most societies, continuing to place a state sales tax on menstrual products ensures more money for the government.

If all products were treated the same way, there wouldn’t be a problem.

However, the issue lies in the fact that, according to most state laws, “necessities” aren’t taxed, and the fact of the matter is, menstrual products are necessities. The thing about periods is that they’re not a choice. Trust me, if women had the choice not to have their periods with no negative repercussions, they would.

But suppressing periods with medication isn’t necessarily a safe and viable method. Doing so may lead to future negative repercussions that doctors are still attempting to figure out, and some of the methods that currently exist such as “Depo-Provera, a shot that stops women’s periods, causes bones to thin, putting even young women at risk for osteoporosis,” according to Connie Lauerman’s article “Pros, cons suppressing periods” from the Chicago Tribune, published June 4, 2003.

In addition, in various states where tampons aren’t tax exempt, random other products and services are. Circus tickets in New York are sales tax exempt, candy is exempt in various states and cowboy boots in Texas are also exempt according to an article by Caitlin Finn, titled “Tampons Aren’t Considered a Necessity in Most States — But These 7 Ridiculous Things are,” published in Bustle on June 25, 2015.

The tax adds up, costing an estimated $800 in a woman’s lifetime based on the tax alone. This may not seem like much, but for women who are either homeless or already struggling financially, it all adds up. Just as every other woman does, once a month, homeless women have their periods. The difference is that these women generally don’t have the money or the privacy to have their periods with dignity, and unlike many food or clothing items, menstrual products aren’t donated as frequently. Having the sales tax on these items can push these necessities into price ranges these women can’t afford.

However, there are states that are leading the charge against the tampon tax. The most recent one being New York, where “both houses of the state’s legislature passing versions of a bill that would put an end to the ‘tampon tax,'” according to Emma Court’s article, “New York is the latest state to scrap the tampon tax,” from MarketWatch, published April 12, 2016.

Tampons and pads are necessities that half the U.S. population uses and needs. It’s time they stop being taxed as if they were a luxury. For money lost in tax revenue, items such as movie theater tickets, candy bars and other non necessities could have a state sales tax levied against them instead, since in California they currently aren’t. But until then, if this issue matters to you, make sure to let your congresspeople know through email, calls and votes; and the next time you go to drop off used clothes at a shelter, maybe include a box or two of menstrual products as well. 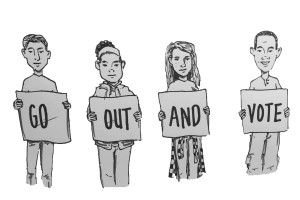 Art/Graphic by Peau PorotesanoWhile many students may feel less inclined to vote this election due to their dislike of the presidential...
Copyright 2013 Jupiter Premium Magazine Theme
Back to top