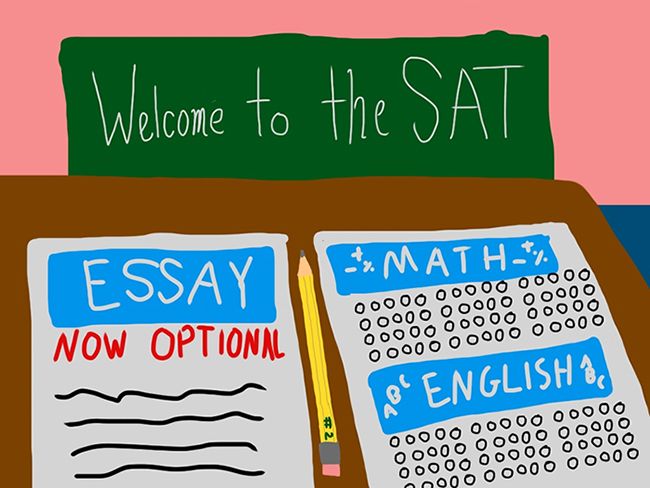 Rightfully so, the SAT has been tossed aside in the minds of many college students. The intimidating standardized test that caused so much stress to our high school junior and senior selves has diminished into a stepping stone on our quest for higher education. For the past few days, however, the haunting three letters have caught the eye of many past SAT takers.

The College Board announced that it will be making some sweeping changes to the current SAT program that will take effect in 2016.

The changes were rooted in the incentive to promote “worthy challenges, not artificial obstacles,” said The College Board President David Coleman at an event in Austin, Texas March 5 reported by ABC News.

The most fundamental change to the system is the elimination of the essay portion, which will now be optional. As a result, the perfect score drops from 2400 back to 1600, as it was in 2005. This new standard helps reduce students’ preparation load for the test, allowing them to focus more on the reading and math sections.

Perhaps the most fundamental change to the reading section is the replacement of the bourgeois vocabulary terms with more common words that hopefully will be more useful in real life, rather than in trivia. This includes removing the more conversationally-uncommon words like “effrontery” and “nadir.” While some may see this as a “dumbing down” of the test, it facilitates what so many of us seek in our education: practicality.

Additionaly, the reading section will require students to provide textual evidence for their answers so that they are not guessing their answers. The topics of the readings themselves will expand to include passages about science and American heritage, such as the Constitution or the Articles of Confederation.

Another major change (which may possibly infuriate some SAT alumni): Students will no longer lose a quarter of a point for guessing an answer.

One of the criticisms of the former standardized test is that it doesn’t mirror one’s actual knowledge base. Most of the time, SAT prep classes really just teach one how to use the process of elimination and implement shortcuts rather than using information that is actually learned in a classroom.

The new test is intended to more accurately predict students’ ability to perform in college, instead of testing skills that will only be used in these artificial testing environments. The SAT preparatory courses that have gained popularity among college-bound students have highlighted some of the test’s fundamental flaws. The courses, which are intended to increase students’ SAT scores, emphasize test-taking strategies rather than teaching students the material that will be tested. The students therefore are left with the ability to score highly on the test but may still lack the knowledge and skills to succeed in a university setting.

“No longer will it be good enough to focus on tricks and trying to eliminate answer choices,” Coleman said.

Besides making changes to the actual test, The College Board will be doing its part in social contribution by allowing low-income students to apply to four universities of their choice for free. To combat complaints about costly prep courses, The College Board is now collaborating with Khan Academy to provide free, online prep materials to students.

How does this apply to us college students?  We’ve made it into Pepperdine — we are finished with the horror of standardized testing unless we elect to take the GRE, MCAT or LSAT, and now that the SAT is out of our minds, many of us probably wouldn’t like to think about it again.

The changes have effects on both sides of the spectrum. Eliminating the essay section can connote a lack of value in the language skills necessary for participating in collegiate level coursework. Think about it — how often do we have to write papers, essays and articles in college? Without that assessment on the SAT, is it possible that some students who score high on their test will be unprepared to enter college? With a larger emphasis on reading and math and a decreased emphasis on the essay, the new SAT could undermine the importance of writing skills.

Some students may feel indignant toward the fact that high school students will no longer need to memorize thousands of superfluous and out-of-date vocabulary words, or are possibly concerned that the new SAT will not accurately stress the importance of writing skills. And realistically, some college students probably don’t care. But we all have one thing in common: We’ll never have to take the cursed thing again. 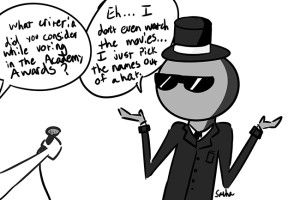 Art by Sacha IrickWhat kind of person can truly claim to have never wondered what it would feel like to clasp that little...
Copyright 2013 Jupiter Premium Magazine Theme
Back to top