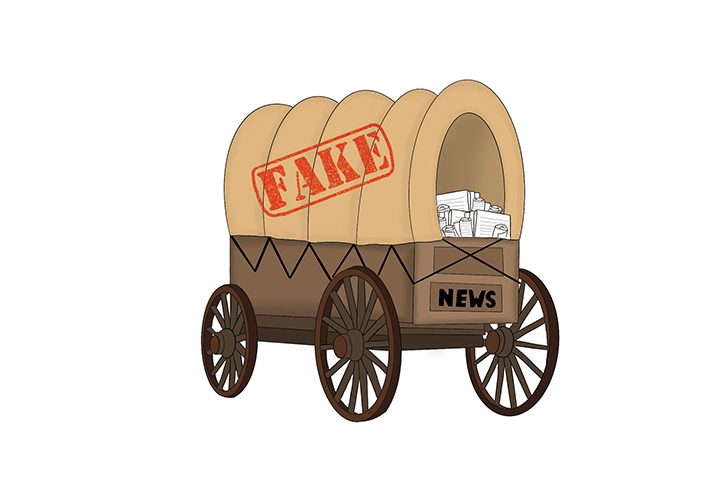 Recent news of record-breaking fires blazing throughout the Amazon rainforest caused outrage on social media. Celebrities, politicians and likely many of one’s own acquaintances shared photographs and articles about this massive catastrophe. Several of these reposts brought up another issue — bandwagon news. It is crucial for all social media users and journalists to fact-check and thoroughly read the news that they choose to share.

It can be dangerous to full-heartedly trust one’s favorite celebrity, as they are not always a voice of truth. Actor and musician Jaden Smith shared a terrifying image of smoke consuming a voluminous, green terrain. There’s just one problem: this image is over 20 years old, showing a fire in the Amazon that took place in June of 1989. His post received over a million interactions. Although this old photograph helped bring attention to the issue, critics can use flaws such as this to brush over the catastrophe and diminish its value.

There was also buzz that these fires were brought about because of climate change. Although these fires will fuel the consequences of climate change — trees help by pulling carbon dioxide out of the atmosphere — the politics of the president of Brazil, Jair Bolsonaro fueled this fire. Bolsonaro has rolled back environmental protections within the Amazon for the purpose of cattle ranching and economic gain, according to the New York Times.

It is important to know the root of an issue — that is where one can find the best solution. It is concerning because people are more likely to repost a science article, rather than read it, a 2016 study by computer scientists at Columbia University and the French National Institute revealed.

Misinformation can cause a snowball effect, especially on social media. The Pepperdine community experienced this during the Woolsey Fire in November 2018. A social media user claimed that the roof of the university was on fire; a news organization said students were being airlifted out by helicopters. Neither of the claims were true, but they did cause unnecessary worry.

Social media users and journalists alike have a responsibility to stop misinformation. While the wildfire-like spread of misinformation may seem overwhelming and disheartening, preventing fake news from going viral may only take a few minutes and requires everyone’s participation.

Sharing news online is an important way to involve oneself in the events of the world, and while everyone should be involved in news, intentionality is also important. As social media users, the first step to prevent misinformation is to “go deeper” than just the headline. Click on and thoroughly read an article, then decide if the article is credible before sharing it online.

Credible sources and non-credible sources have important distinctions. To determine if a source is credible, look at the timeliness of the article: is this the most recent information on the news piece?

Take into account the quality of the piece as well; if there are multiple spelling and grammar errors and dramatic punctuation, it is unlikely that it is a professionally written news article.

Finally, reverse image search any widely circulating images attached to a news article. The original source of the picture may reveal that an article is fake news.

By taking just a few minutes to read an article before sharing it, everyone can stop misinformation. If we work together, fake news can become a phenomenon of the past. 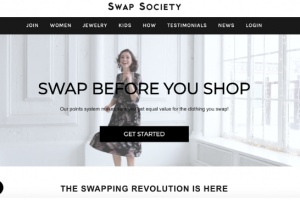 Photo courtesy of Swap Society’s website. Thrift shopping is popular with students such as Gabriella DiGiovanni, a Pepperdine...
Copyright 2013 Jupiter Premium Magazine Theme
Back to top