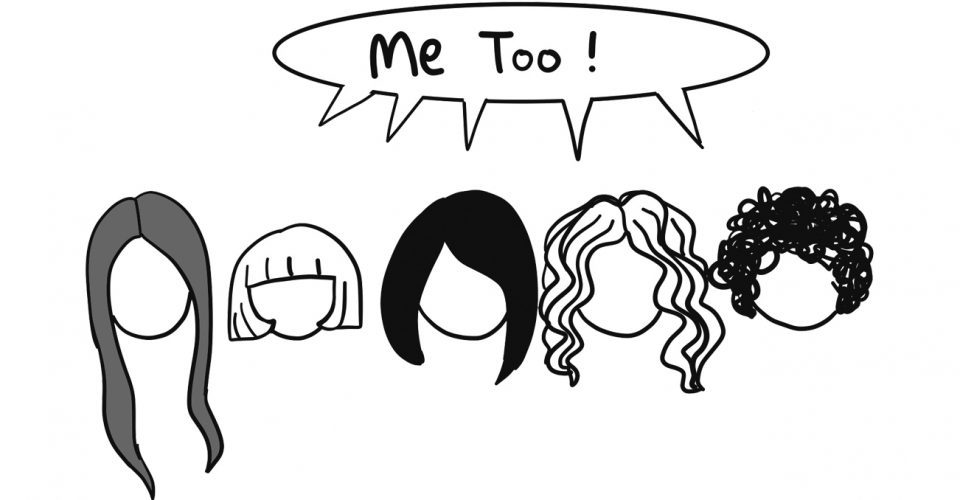 In early October, The New York Times broke the story of Hollywood powerhouse Harvey Weinstein’s alleged decades of sexual assault against multiple women of Hollywood, including A-list celebrities such as Gwyneth Paltrow and Angelina Jolie. The Hollywood heroines who spoke about Weinstein’s advances all had one thing in common: They feared Weinstein’s power over their lives and their careers. Pepperdine students need to continue this conversation about sexual harassment and assault, in an attempt to end the patterns of abuse and allegations.

In the aftermath of the allegations, survivors turned to a hashtag that ignited a fire under not only Hollywood, but all of social media. In 140 characters or fewer, the #MeToo Campaign started by Alyssa Milano created an open conversation for sexual harassment and assault victims to know they are not alone.

It isn’t just one’s place of work where sexual harassment or assault can occur; this sort of misconduct is possible anywhere, including Pepperdine. Students should be aware of their actions and take responsibility for them, while also working to speak openly in their relationships about intimacy and physical contact, along with feeling empowered and safe to report misconduct should it occur. Similarly, those charged with handling a case of sexual misconduct should be gracious listeners with sensitivity toward the survivor and should take action to help the survivor immediately.

Pepperdine’s most recent Campus Safety and Fire Safety Report from 2015 documents two on-campus cases of sexual misconduct in Malibu and one on public property in Florence in 2014, according to an article in the Spring 2017 issue of Currents Magazine. These incidents only cover sexual offenses in radius of the Clery Act’s “geography,” or areas that are considered a part of campus including the Malibu Campus, extension campuses and international campuses. The reports don’t include possible off-campus assaults that are still Pepperdine student related or assaults that go unreported.

The United States Department of Justice website defines sexual assault as “any type of sexual contact or behavior that occurs without the explicit consent of the recipient.” Note that gender is not explicitly mentioned in this definition; men, women and non-binary people all can be victims of sexual assault and harassment.

The US Department of Justice website also discusses the criteria of sexual harassment as “unwelcome sexual advances, requests for sexual favors, and other verbal or physical harassment based on gender by managers, supervisors or coworkers” and that it is illegal when “an individual is told (or it is implied) that he or she must submit to the unwelcome conduct as a condition of the job.”

One of the first places students can look for information and help regarding sexual misconduct and reporting abuse is the Title IX section of the Pepperdine Community page. On the left side of the screen is a menu where students can click “Reporting Resources.” There, students have access to the information of Pepperdine’s Title IX Coordinator (La Shonda Coleman), the Counseling Center and the LiveSafe anonymous app. There are also several off-campus resources available to the Malibu community, including the information for the Santa Monica Rape Treatment Center.

While it can be scary to report a rape or sexual assault, it is important to remember that it is never the victim’s fault. Whether intoxicated, sober, in a relationship or single, consent is necessary for any sexual contact. Consent can be given and taken away and must be respected at all times.

Last spring, the Pepperdine Theater Department performed “The Interference,” a show based around the rape of a college student at a party. A big component of the show was the discussion between several cast members as they reblog and comment on the situation. In one scene, a young man asks a question: “Have I ever [accidentally] raped someone?”

This question is as an excellent talking point. For anyone in a relationship, it is important to speak about situations that may make either party uncomfortable. Make sure that lines can only be crossed when all parties are consenting and in agreement.

In addition, no one should be afraid to defend themselves. If ever in a situation where another person makes another uncomfortable, speak up. Students should know that the fears of seeming ‘crazy’ or ‘overreacting’ are never more important than the physical and mental safety of others. 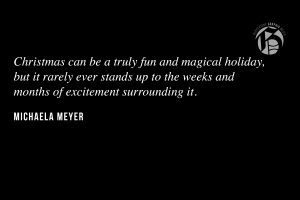 Graphic by Nate Barton There is a phenomenon of people getting psyched for the holiday season months in advance. From...
Copyright 2013 Jupiter Premium Magazine Theme
Back to top