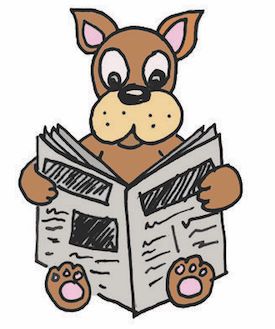 College students are constantly receiving information about what is happening in the world; whether from speaking to a friend, scrolling through social media networks, participating in class discussions or seeing public service announcements. But instead of only looking at the information that comes our way, students must be more proactive in checking the validity of that information.

It’s imperative that a variety of reliable news sources through different platforms are checked because each medium presents news in a distinctive way. While watching the recent anti-Trump protests on TV, the viewers are able to hear the crowd of protesters and see what they are doing. Newspaper and certain online articles provide us with more detail about the protests, allow us to read at our own pace and reflect on what the protesters are saying.

In August, Facebook got rid of the human editors of its “Trending News” section and since that time, Facebook’s algorithm has put fake news stories from illegitimate sites in the trending topics list. Now, several Facebook executives and vice presidents question what role their company played in the outcome of the recent election, according to Mike Issac’s article, “Facebook, in Cross Hairs After Election, is Said to Question its Influence,” published Nov. 12 by The New York Times.

For this reason, it is important to cross-reference content with other news sources because the initial source may not be accurate. People often turn to news sources that give them information aligned with their beliefs. Confirmation bias is when people have the tendency to interpret evidence to confirm their prior existing beliefs. In order to avoid a one-sided perspective, news consumers should be checking with other news sources to support information they have read in the past. Since news organizations operate in different ways, there are variances in their credibility. The more sources that confirm information, the better likelihood the information is accurate. Media consumers encountering an article on Facebook should cross-reference the information with some of the other major news outlets; such as CNN, NBC, CBS, The New York Times, The Los Angeles Times and The Wall Street Journal.

After hearing about current events, it is important to reflect on and analyze the media people receive. Students of Pepperdine University, who follow the school’s mission of “purpose, service, and leadership,” are responsible for being well-informed individuals in society. In doing so, the student body can become better leaders in fulfilling its own goals in finding purpose and service. Students should be accountable for knowing what is going on in the world around them. They should be knowledgeable to have meaningful conversations about current events with other peers and professors in order to further the discussion.

Part of this effort is being able to respect other people with different views not to dismiss others with a different perspective, but to openly discuss with them why they think the way they do and where they are coming from. One component of college is being exposed to people with different outlooks on life. In doing so, students compare their personal background with others in order to recognize the influences in their life. In questioning their own values, students can re-evaluate their beliefs and either stand by them or adjust them to fit their new perspective.

Pepperdine Graphic Media urges the student body to become more conscious news consumers. By doing this, rising generations can ensure a better understanding of news, current events and the world around them. 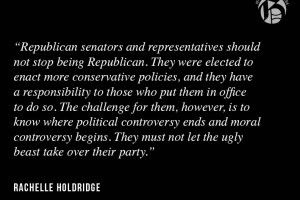 Graphic by Nate BartonElection night was shocking. As the media, political analysts and half of the American public waited...
Copyright 2013 Jupiter Premium Magazine Theme
Back to top