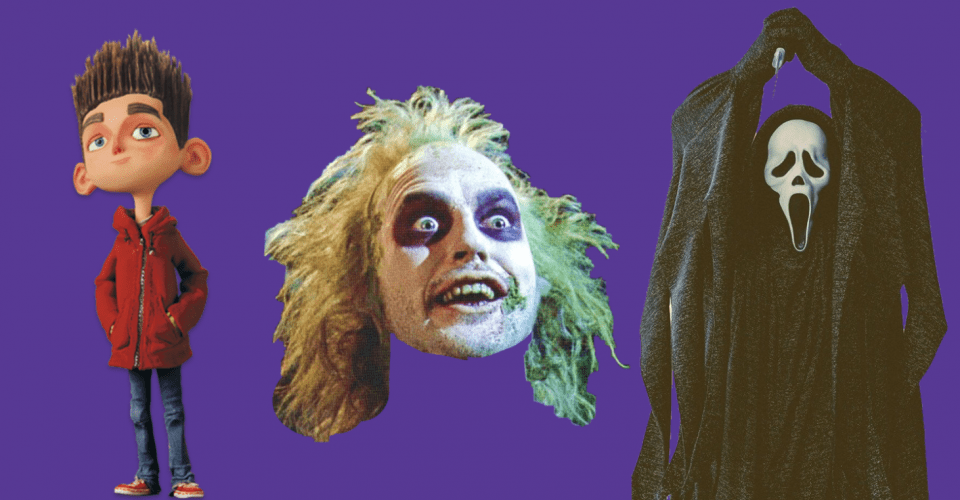 Characters from “Paranorman,” “Scream” and “Beetlejuice” are distinct and showcase the style of the movie they represent. All three movies are spooky in their own way, and this variation of style emphasizes that. Graphic by Addison Whiten

Going on a hayride, carving pumpkins and walking through haunted houses are all common fall festivities, but a popular way to prepare for Halloween is watching Halloween movies.

While there are certain hallmarks of the season, like “The Nightmare Before Christmas” and “Hocus Pocus,” there are also movies less commonly associated with the holiday but are essential to watch in October.

Though they may not explicitly be “Halloween movies,” these films are still a perfect way to get into the spooky spirit.

Tim Burton is often associated with Halloween cinema as the creator of the story and characters in the iconic “The Nightmare Before Christmas,” but his 1988 film “Beetlejuice” should be just as essential in any fan’s annual watchlist. 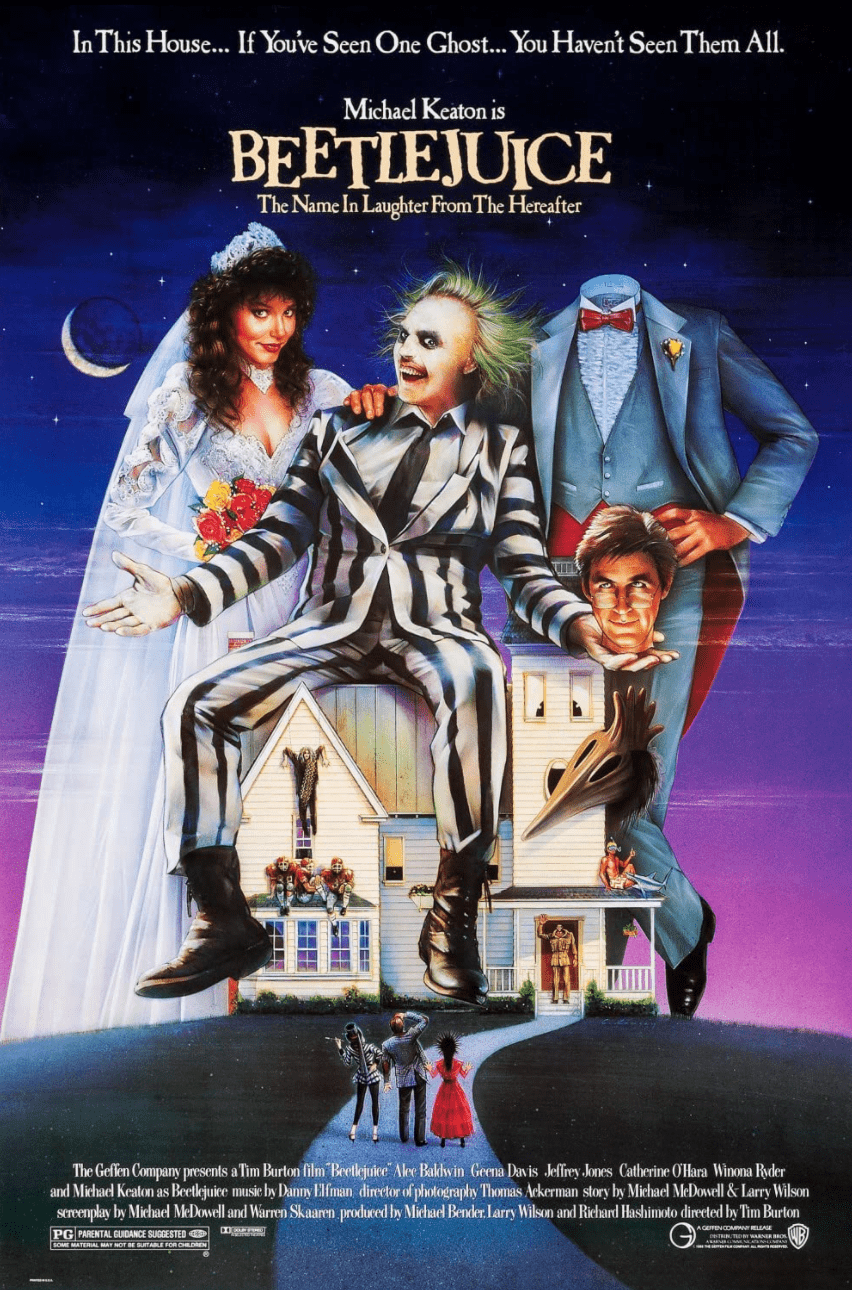 The poster for "Beetlejuice" shows the titular character and the two ghosts in the film sitting on the house as the family approaches. "Beetlejuice" is a quirky and dark comedy, and this poster reflects those aspects of the story. Photo courtesy of The Geffen Company

“Beetlejuice” centers around a family who moves into a new home, unaware that the previous inhabitants, a young couple, still haunt the property after their untimely deaths.

The ghosts of the young couple, played by Alec Baldwin and Geena Davis, befriend the family’s daughter, played by Winona Ryder, and enlist her in their plan to get their house back from her family. Along the way, they ask the outlandish demon Beetlejuice, played by Michael Keaton, for his help, unknowingly creating a host of hilarious problems for themselves and the family living in their house.

This film gives a whimsical look at the afterlife, creating a hilarious story out of otherwise very dark topics, like death and demonic forces. Some of the characters in this film inspire costumes each year, particularly Beetlejuice and Lydia. Its mix of quirky and creative characters with its slightly scary quality make “Beetlejuice” a unique Halloween watch.

While “Beetlejuice” is a critically acclaimed, widely beloved film, “Paranorman” is a criminally underrated Halloween movie.

“Paranorman” is the story of Norman, a boy who can speak to ghosts and is alienated by his peers and family for his perceived strangeness. He lives in a small town in Massachusetts, where Puritan zombies and the spirit of a young girl they killed for witchcraft rise from the dead, and Norman has to use his abilities to save the town. 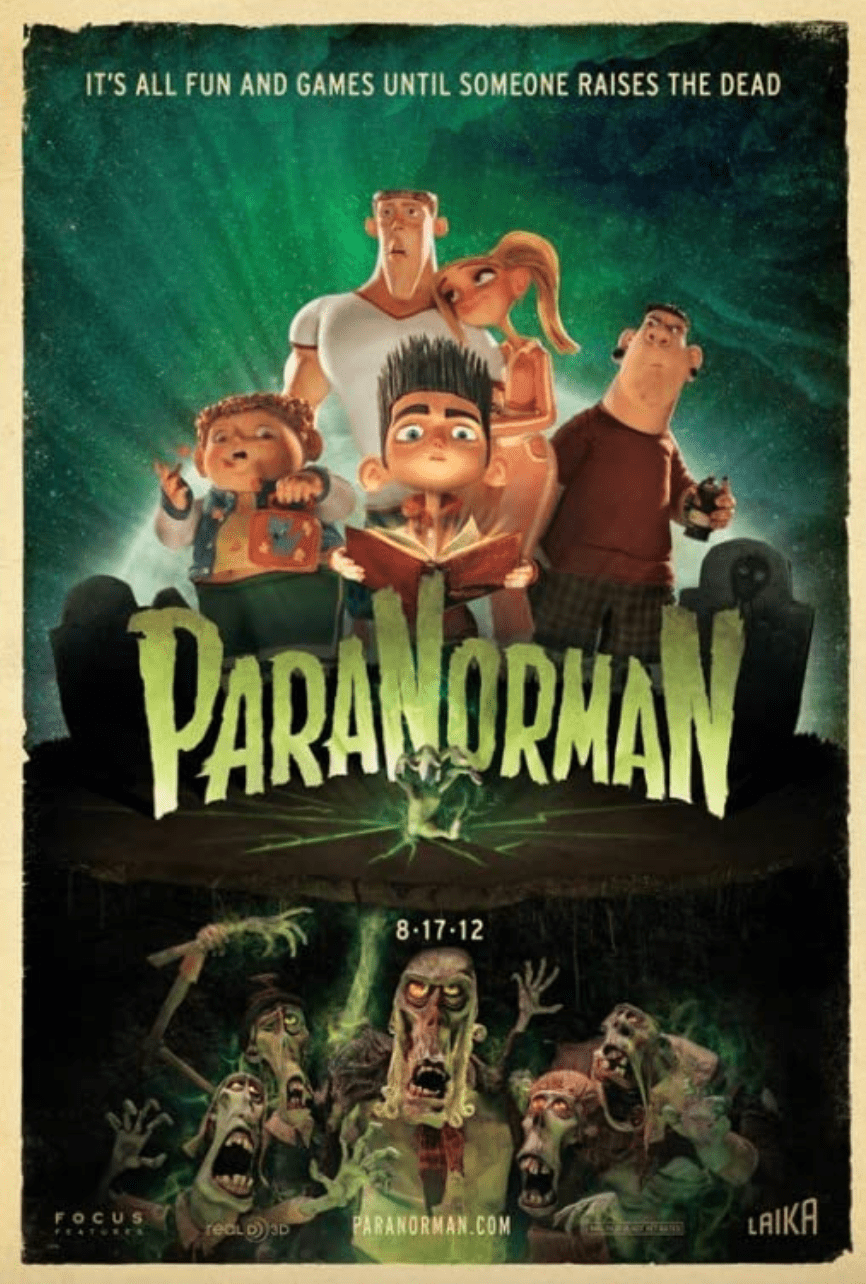 "Paranorman" is about a zombie invasion in a small town, so its poster fittingly shows the film's main characters and the zombies that come to haunt them. This film is also about self acceptance and friendship, so the presence of Norman's friends and family on the poster is also fitting. Photo courtesy of Focus Features

“Paranorman” is executed in beautiful claymation style and is visually stunning. It also boasts a lovable cast of characters and includes voice performances by actors like Anna Kendrick, Christopher Mintz-Plasse and John Goodman. Its best quality, however, is its heartwarming story and messages about being different and self-acceptance. This film manages a rare feat of being genuinely spooky while also having an uplifting story and characters worth rooting for.

Wes Craven’s “Scream” is a classic slasher film that is itself about the nature of horror movies. Unlike “Paranorman,” this film is well-known, but it is not explicitly a Halloween movie. Despite its lack of association directly with the holiday, it would be hard to imagine leaving this off a Halloween watchlist.

In “Scream,” high school student Sidney Prescott, played by Neve Campbell, still grieves the brutal murder of her mother when a masked serial killer begins hunting down her classmates. Prescott and her friends try to figure out who the killer is as people continue disappearing, and just when the movie appears to be approaching its big reveal, a final plot twist turns everything upside down. 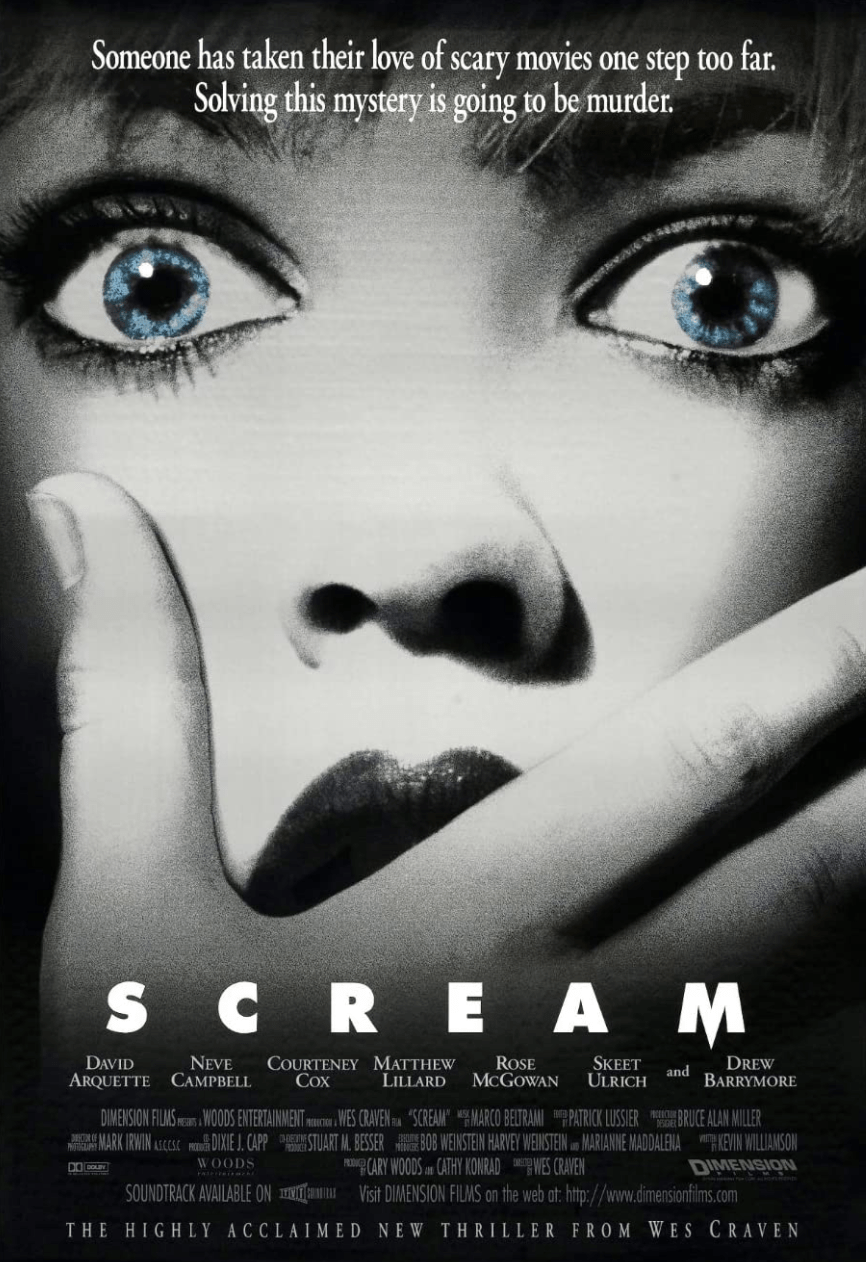 The poster for "Scream" shows Drew Barrymore looking out in fear. The film used Barrymore in all of its promotional materials to create expectations for the audience with a popular actress. Photo courtesy of Dimension Films

Renowned horror director Craven, also known for “A Nightmare on Elm Street” and “The Hills Have Eyes,” uses “Scream” as a vehicle to talk about horror movies and discuss how many of them are similar due to the genre’s formulaic nature. There are multiple scenes in the film where characters discuss “rules” of horror films, and the film itself intentionally breaks many of these rules, creating unease for viewers when those conventions are out the window.

Halloween is almost inseparable from the horror genre, so a fun teen slasher that is also all about the idea of horror cinema is an ideal way to get in the spirit of the season. The upcoming January 2022 reboot of the franchise also makes “Scream” a relevant film to watch this year.

Although many people’s favorite films to watch as Oct. 31 approaches center around the holiday itself, there are many movies people miss out on if they stick only to “Halloween movies.”

Really, any film that gets people excited for the fall holiday, whatever that may look like, is a Halloween movie. 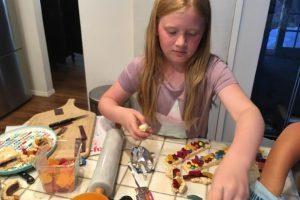