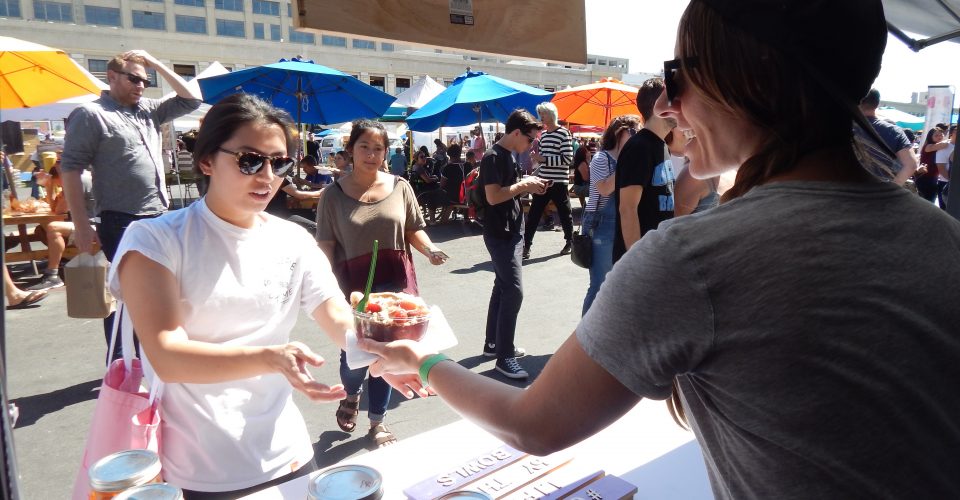 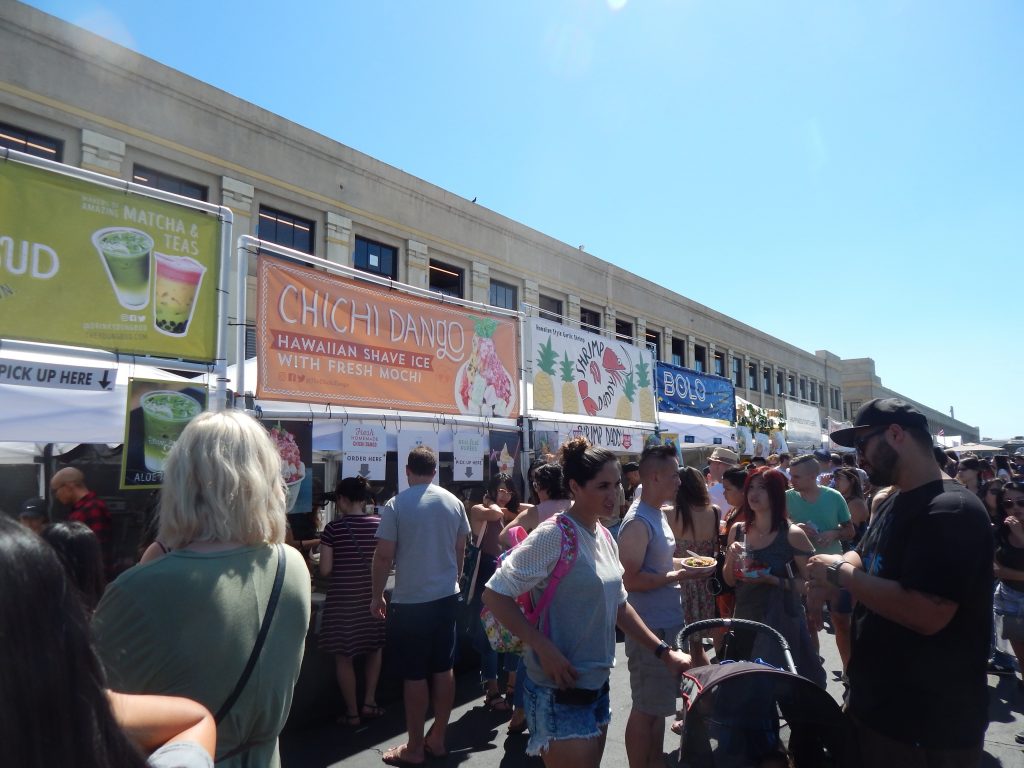 Los Angeles’ food scene is as unique as the city itself. The diverse city is home to everything from vegan donuts, to Korean/Mexican fusion dishes, to soup dumplings so big they need a straw. Smorgasburg LA is the weekly event that brings these foods and restaurant concepts together in one, expansive outdoor market.

Smorgasburg LA is free to the public and takes place every Sunday from 10 a.m. to 4 p.m. at the Alameda Produce Market.

“The market attracts locals and out of towners,” Luffman said. “Usually the locals will come and then come back when they have friends from out of town.”

The weekly market features about 65 vendors of food, books, beauty and vintage fashion, according to its website.

Many of the food items at Smorgasburg LA have been featured online on Vice Media, PopSugar and Insider Food on Facebook.

One of the recent popular items at Smorgasburg LA is the acai bowl served in a half coconut from Amazebowls. 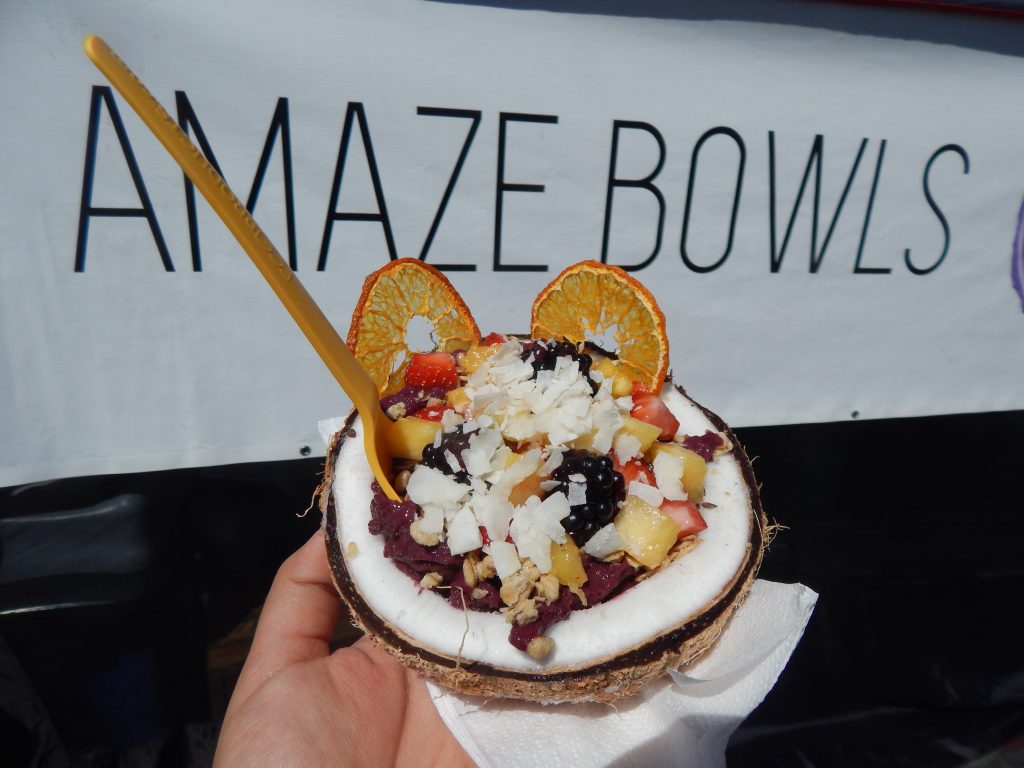 “We joined Smorgasburg LA near the beginning,” Hernandez said. “We were barely opening stores and sending out our truck. [Smorgasburg LA] really helped get the word out for us.”

Chris Covone, an employee at the vegan doughnut shop Donut Friend, explained how a collaboration happened. When Cena Vegan taqueria joined the Smorgasburg LA vendor list in August 2017, Donut Friend collaborated with them on a vegan torta that featured Donut Friend’s Motion City Sandwich doughnut as a bun.

“[Smorgasburg] is a great way for aspiring chefs and restaurateurs to try and tweak their concept,” Asbury said. “We’re working on getting a home base, but we’ve gotten a lot of good feedback here.”

Asbury’s Cheezus features fresh takes on grilled cheese sandwiches and the cheesy Swiss dish, raclette. Asbury said that what separates Cheezus from other grilled cheese stands in Los Angeles is its commitment to telling customers where their produce comes from.

“We try to keep food integrity at the forefront of what we do,” Asbury said. “We try to get all our produce locally, and we strive to be open about it.” 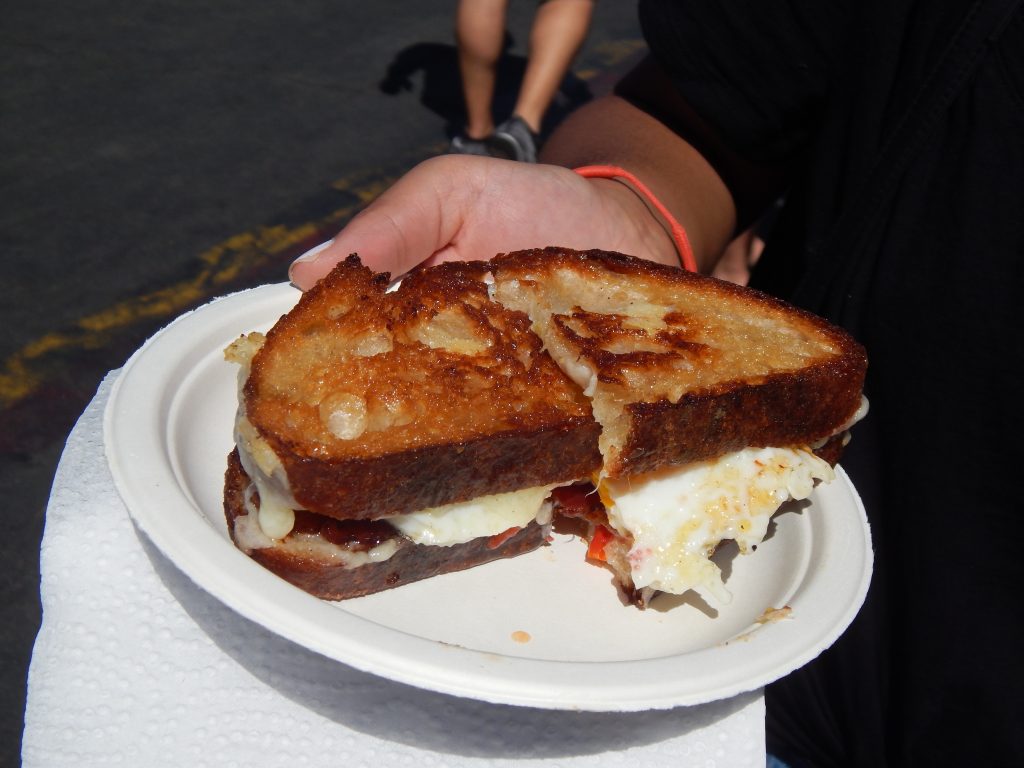 “The sandwich has a little kick to it,” Candelo said. “It’s coming from the lime and chili flakes in it. It’s unexpected but delicious.”

Candelo said Smorgasburg LA is the type of place that benefits from a weekly presence.

“You can’t try something from every single vendor in one trip,” Candelo said. “I loved Smorgasburg and would definitely go again.”

How to Manage Extracurricular Activities 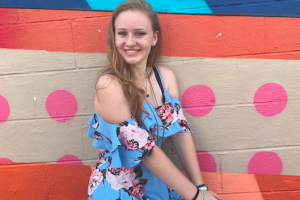 Photo courtesy of Becca Brackett From the moment she stepped on stage as a munchkin from the "Wizard of Oz" in second...
Copyright 2018 Pepperdine Graphic
Back to top