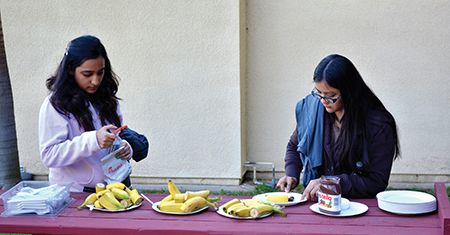 The sophomore Student Government Association representatives hosted their semesterly town hall Wednesday between Sigma and Morgan on Greek Road. The sophomore class was invited to get Chik-fil-A, bananas and Nutella and class t-shirts.

Before receiving their free t-shirts, sophomores heard the representatives discuss some initiatives and resolutions that SGA recently passed and contributed money to support.

Sophomore class president David Hylton talked about touch screens that will be placed at the Grill in the Caf in lieu of the paper order forms next year. Students will be able to order their food on touch screens, see where they are in line and receive a text when their food is ready.

Sophomore class senator and next year’s junior class president Nancy Kannampuzha discussed housing issues and gave students the opportunity to come to her with housing concerns and possibly get a room on campus.

Sophomore class senator Vivian Kim discussed SGA’s pledge to contribute money to building a cafe in Payson Library during renovations that will happen over the next year or so.

“I’m excited about the touch screen in the Caf because that applies most to my life,” sophomore Kubie Rudd said. “I’ve gone to the library three times in the year, and I don’t live in Towers. I think it’ll be helpful, but only if they know how to use it.”

Hylton said he was excited about the resolutions passed this year as well as what SGA will do in the future.

“Even at the end of the year, we brought in some really cool things, and I think we’ll continue to do cool things before the year is out,” he said. “We’ve been very efficient especially with our money … we were able to spend it all in ways that actually affect the school. I hope within the next couple years, Pepperdine’s culture does change when it comes to using technology, being more modern in our library and things like that.” 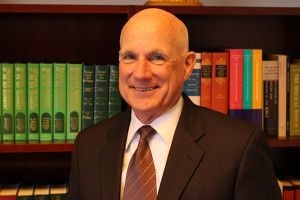