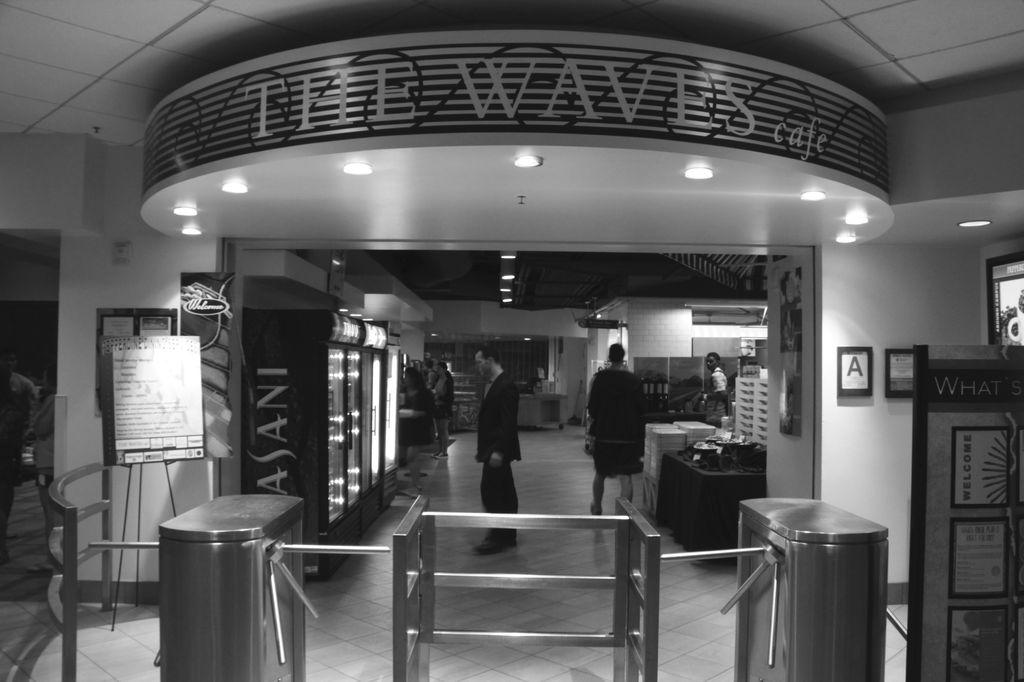 University students and Sodexo employees across the nation have taken action against the company after the Service Employees International Union (SEIU) launched their “Clean Up Sodexo” campaign in 2009 and began recruiting students to help fight for the cause in 2010.

Sodexo is the France-based, multinational food service provider that has served Pepperdine more than 30 years and most recently secured their contract in 2010 for another 10 years. Other colleges in America, however, are demonstrating a different course of action.

According to the Washington Business Journal, Sodexo employees went on strike at Virginia’s George Mason University in April 2010 and were joined by a number of students to protest harassment, low wages and high health insurance costs.

Up north, the Daily at University of Washington reported in May 2011 that the UW Kick Out Sodexo Coalition had staged a six-hour sit-in inside their interim president’s office that resulted in 27 student arrests.

That same month Ithaca College’s student-run newspaper in New York reported that after students had pushed for higher wages for Sodexo employees on their campus, the company agreed to pay all Ithaca College dining hall employees at least the living wage for the area.

Also that month, the Lantern at Ohio State University quoted then-senior and former president of OSU’s United Students Against Sweatshops Ryan Marchese saying, “It’s great that Sodexo does charity work but that certainly doesn’t make up for the fact that workers in the same building are complaining of racism, sexism and sexual harassment.”

And again in May 2011, the Huffington Post’s “Huff Post College” reported that the SEIU organized a 200-plus activist protest at Sodexo’s Maryland headquarters that resulted in 12 arrests with actor Danny Glover and union leader Andy Stern among them.

“SEIU, the union that organized the action, cited Sodexo’s poor treatment of workers and substandard pay, as well as threats and intimidation against workers who pushed for unionization,” according to the Huffington Post.

Then, in August 2011, the protests moved closer to home. Loyola Marymount University boycotted the company and hosted a “Day Without Sodexo” on campus to collect signatures for a change in Sodexo policies. The Loyolan reported that the event had rallied “tremendous support” from students and faculty alike and that even Pepperdine students had shown support in the Facebook group.

And these colleges were not alone in their efforts. Within the last few years other universities in the U.S., including Clark University, American University, Binghamton University, DePauw University, University of Pittsburgh and Oberlin College, have all boycotted Sodexo for various reasons ranging from the company’s involvement in the private prison industry to poverty wages to racial discrimination.

However, according to the company website, Sodexo is committed to promoting “Quality of Life,” and that includes improving diversity and inclusion within the company.

“We [Sodexo] are consistently recognized as a best place to work for minorities,” states the Sodexo website.

But tracing the company’s history from 2005 to 2010, when Pepperdine renewed their contract, there were multiple recorded cases of discrimination within the company.

“They do hire people of color, but they don’t respect us,” said one Sodexo staff member at Pepperdine.

In April 2005, Corp Watch reported that Sodexo, Inc. paid “$80 million to settle a lawsuit brought by thousands of black employees who charged that they were routinely barred from promotions and segregated within the company.” This was also confirmed by the New York Times.

“In March 2007, the U.S. Department of Labor found hiring discrimination against 4,465 rejected applicants, most of whom were African-American. Sodexo agreed to pay $788,877 in back wages to settle findings,” reported Unions.org and confirmed by both Lawyers and Settlements and High Beam Research.

Unions.org also reported, and Business Management Daily confirmed, that in June 2008 Sodexo paid an $80,000 settlement in a case brought on by the U.S. Equal Employment Opportunity Commission for discriminating against an employee based on her national origin, race and sex.

In January 2010, the New York Times reported that U.S. Sodexo employees would attend the company’s annual meeting in Paris to protest the company’s staff policy.

“They will accuse the company of paying ‘poverty-inducing wages’ and exploiting weak U.S. labor laws to hinder union membership. Their campaign is being supported by French and British unions and a group representing hospitality and service workers worldwide,” according to the New York Times.

In addition, Sodexo’s business practices were scrutinized the year before Pepperdine’s contract renewal.

“[Sodexo] agreed to pay New York $20 million to settle complaints that it fraudulently pocketed rebates from food manufacturers that it was supposed to turn over to some 21 public school districts and the State University of New York,” reported Grist in July of 2010 and reported in Bloomberg Businessweek.

In an interview, Pepperdine’s Chief Business Officer Edna Powell, she was asked about whether administrators had considered these allegations when Pepperdine was preparing to renew its binding 10-year agreement with Sodexo, but Powell could not recall.

Among some members of the Sodexo staff at Pepperdine, complaints focused on an unfair distribution of overtime.

However, according to Randy Penwell, general manager of Sodexo at Pepperdine, overtime is given depending on when it’s needed and who is available — it’s entirely dependent on business needs. That being said, Penwell also explained that Sodexo wants the best representation at all times, so that may be why some employees feel that they aren’t getting enough overtime opportunities.

Employees also complained that Human Resources complaints aren’t handled appropriately. However, according to both Penwell and Aimee Sugita, the Regional Human Resources Manager at Sodexo, any and all claims are investigated and taken care of.

“We take all reports of alleged discrimination or harassment of any kind very seriously. Any reports are immediately investigated and followed up with in accordance with our Promise of Respect and Fair Treatment, which encourages all employees to contact up to the fourth level Sodexo management team member and human resources so any complaints can be fully reviewed and resolved in a timely manner,” wrote Sugita in an email.

Penwell also added that after an HR complaint is investigated, HR does not “circle back” to the employee to let them know the outcome.

Other complaints dealt with negative experiences with current management, but Penwell explained this as being a result of the fact that he demands a lot from his staff.

“The definition of management is achieving results through the efforts of others,” Penwell said.