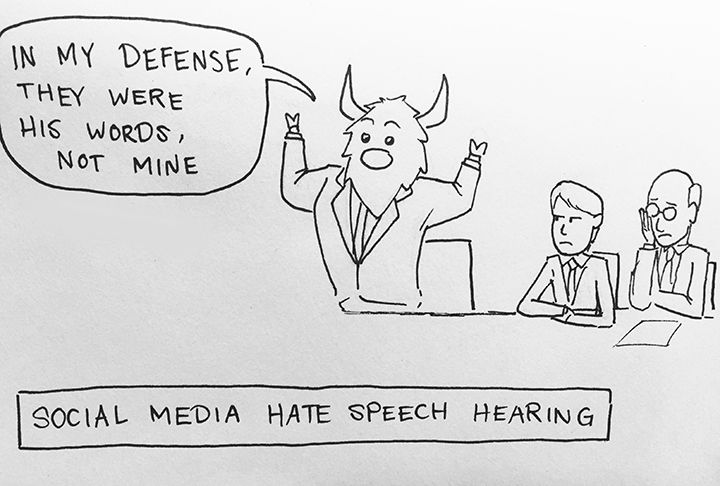 Pepperdine has a problem. For those who are unaware, last week individuals on campus posted racist remarks on the anonymous confession app Yik Yak. As a university, Pepperdine prides itself on being a welcoming environment for people of all backgrounds. Our university mission statement expresses that our community is strengthened by developing students of purpose, service and leadership. The racist remarks are in direct conflict with this mission.

As Vice President for Student Life and Dean of Student Affairs Dean Mark Davis stated in Community News on Oct 22 in his response to these posts, “We do not condone comments in our community that run counter to our values and heritage.”

However, a statement is not enough. It’s not enough to say that these comments do not represent an opinion that the school holds; that should be a given.

Bigoted opinions have never been held behind closed doors; however, with anonymous social media sites such as Yik Yak, platforms have been made to give these views a massive built-in audience. These bigoted opinions, which have always been around, are being venomously and widely touted under the safety of anonymity. The question is, now what?

Pepperdine faculty and administration can only do so much when it comes to opinions concerning race and discrimination among students; they can open the door to dialogue, but the rest falls on us. It falls on students to be willing to call out their friends on racist or insensitive comments made when nobody else is around. It falls on students to educate themselves on race issues. It falls on students to realize there is so much more to society and the world than what they see in their day-to-day lives, and that there is a history of institutionalized racism that they may not realize.

In response to several of the statements made on Yik Yak:

In addition, an important historical fact that some people seem to forget is that white settlers were not the first people to inhabit North America. The indigenous groups in Hawaii still carry and honor their distinct heritage. They are an ethnic group in the same way that Asian Americans are, and deserve to be honored as such.

Finally, the sorority Alpha Kappa Alpha is not an “all-black sorority”; they are a historically black sorority. When they formed in 1908, African-Americans were not allowed into sororities and fraternities, so they had to create their own. Just as with other Greek life, anyone can rush.

In response to the Yik Yaks, Student Government Association President Ehimamiegho Idahosa-Erese said SGA is working with Pepperdine administration and hopes to work with the Black Student Association, Intercultural Affairs and other groups to continue to show their love and support for students on campus. She said the entire Senate went through cultural sensitivity training for the first time this year and hopes to “begin a larger dialogue regarding cultural sensitivity with our peers.”

“It’s disheartening to know many students feel hurt, angry, unwelcome and unsafe on campus that prides itself on Christian values and having a loving community,” Idahosa-Erese said. When students are fighting against loneliness and trying to build a greater community, comments like these do not help the cause.

Admitting that racism is a problem is just the start. An open dialogue, no matter how uncomfortable, needs to be established to enact positive change. To begin this open dialogue and further discuss the topic of race and racism, Dr. Tanya Hart invites you to attend her Race and Racism Club Convo, which meets at 7:30 p.m. on Tuesdays in CAC 121.

While this Convo event is helpful, Pepperdine as a whole should take these Yaks as a wake-up call. The people who made these bigoted comments exist on this campus; you may even be friends with them. In fact, you probably are friends with them. However, nobody is innocent. We’ve all been complicit in contributing to the continuation of racism.

Many times in response to racism, people offer “not talking about race anymore” as a solution. But that’s not enough. Racism needs to be talked about, because it’s not going away. It may be uncomfortable or painful, but it needs to be addressed because despite us pretending otherwise, racism is all around us. Creating this dialogue is important. Let’s start having these conversations about race with people around us. Let’s start trying to understand the racism and discrimination many minorities face on a day to day basis, rather than telling people they’re overreacting or imagining it. Let’s learn the historical context of race and racism beyond what is obvious. As much as it’s important to call other people out on their racism, it’s important to be able to see it in ourselves as well. Nobody is innocent. 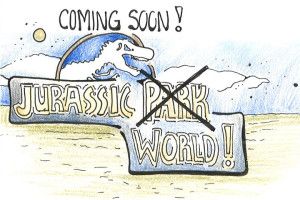 Art by Christine NelsonHollywood producers are well aware that films with built-in audience knowledge have made more money...
Copyright 2018 Pepperdine Graphic
Back to top