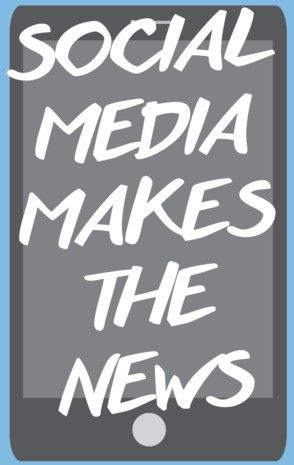 Just 20 years ago, if someone were looking to find latest news updates, they would have picked up a newspaper or turned on their TV to the local news station. Today, most of us open Facebook, Twitter or the rabbit’s hole that is BuzzFeed. Looking to social and entertainment media to tell us the news, as opposed to traditional news outlets, is one of the hallmarks of this digital age, especially among Millennials.

This shift in sources is exactly what we should expect from the technologically dependent place our world has become. While it can be dangerous if we allow it to pigeonhole our perspective, the accessibility of social and entertainment media is valuable for staying updated and informed about current events.

You’ll be hard-pressed to find Millennials (those born between 1980 and 2000) who enjoy turning on their TV and flipping to a news station. In fact, 25 percent of Millennials living on their own without children don’t even have cable, according to a 2015 Nielsen study published by the New York Times. I rarely watch the news, but each time I visit my grandparents, the news station that is constantly humming on the living room TV.

But isn’t it the same with every generation? While TV, radio and print newspapers still exist as news sources, they have rapidly declined in popularity, according to a 2015 Pew Research study. It has triggered conversations by journalists, public figures and the general public over what it means for the ever-evolving news cycles. Actual physical messengers used to have to travel between cities to carry news to neighboring populations (think the story of the first marathon). The innovation of Gutenberg’s movable type printing press in the mid-15th century was an enormous leap forward in sharing information; suddenly news pamphlets could be printed en masse and distributed as far as people could carry them.

We are constantly inventing remarkable new ways of relaying information. Now, the Internet has become our era’s virtual printing press, galvanizing the digital revolution. With that has come the ability to share and spread news more easily than ever before. This has undeniably held some benefit for traditional news sources: As readership of physical copies has gone down, digital subscriptions to outlets like The New York Times and The Wall Street Journal have gone up.

Many of us Millennials no longer look to traditional news sources with any regularity. Instead, we rely on social media — such as the moments tab on Twitter, Facebook and news outlets on social networks — and on entertainment media, such as “The Late Show with Stephen Colbert” or “The Daily Show,” to keep us updated.

This trend of seeking news from nontraditional sources shouldn’t be surprising. Today’s world has no Walter Cronkite, once called “the most trusted man in America.”

In an age when information is shared instantly and incessantly, it only takes a moment for someone to fall from grace. For example, when it became public that NBC’s Brian Williams misrepresented information about his reporting, particularly in Iraq in the early 2000s, the public decried his actions and NBC suspended him for six months.

Though this shift in attitudes about news sources is detectable across age groups, Millennials seem to be more disillusioned about the biases and faults of news sources than previous generations were at our age, according to a 2016 Pew Research study. This has added to the perception that younger generations’ use of social and entertainment media is not-so-slowly killing traditional news sources.

A 2014 Pew Research study has shown that Millenials are possibly the most diverse generation ever recorded. There is no one way to reach us, no one thing we all love and no one person we all place our trust in. We grew up at the end of a century that saw staggering loss of human life, from the World Wars to the ongoing conflicts in the Middle East. We read history books about the Industrial Revolution, the wars of the 1800s and long struggles against inequality such as the Civil Rights Movement — then we looked around and saw more wars, more acts of terrorism and more economic failures and crises in our own time.

Yet despite all this, and despite the record-breaking distrust of establishments, most of us still have hope that change is possible, as found by the same Pew Research study. We are widely educated, and most Millenials grew up learning the nuances of navigating a digital information-bloated society.

A couple of weeks ago, a social media post about a political topic caught my attention. Within 10 minutes, I Googled the topic, looked it up in an online dictionary, checked politifact.com to see what candidates were saying about it, and felt informed enough to engage in discussion about the issue. And all of this was done without a physical newspaper or dictionary or calling my friend who is a political consultant.

While this tendency to look to social media for news can give a very narrow perspective on current events, this danger is avoidable if one understands that any given media source is never the only outlet.

As a result of being so plugged in, “news and information are woven into an often continuous but mindful way that Millennials connect to the world generally, which mixes news with social connection, problem solving, social action and entertainment,” according to a report by the American Press Institute in 2015.

In other words, the fact that so many of us get most of our news from social and entertainment media isn’t inherently bad, nor does it necessarily spell the impending doom of traditional news outlets. It simply means that the accessibility of news on social platforms provides more outlets for people to consume it, which is a good thing in providing more ways for people to access the news.

Facebook and Twitter should not ultimately be replacements for The Washington Post or CNN, but rather create new ways for us to learn about current events, whether that’s from scrolling through one’s newsfeed or signing up for breaking news alert notifications. It’s time that we, as citizens of the digital age, broaden our perspective on the value that nontraditional news outlets can contribute to all generations staying informed and connected to current events.