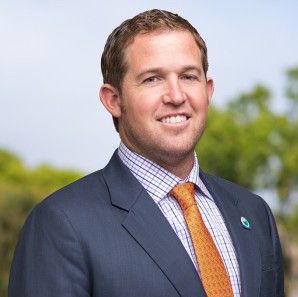 Photo Courtesy of the City of Malibu

As a lifelong resident of Malibu, to some it might seem natural that Skylar Peak would get involved in the city’s local government. For Peak, this wasn’t always part of his life’s trajectory.

His family came to Malibu in the 1950s, when it was one of the more affordable places to live in Los Angeles, Peak said. As a third generation Malibu resident, Peak, along with his wife Janet, are now raising the fourth generation of Malibu residents: their three children, Dusty, 2, Uma, 7, and Theo, 11. Peak said that he had envisioned raising his family in Malibu and has made that vision a reality.

“We have this thing in Malibu where we have the proximity to a larger city yet we live in this rural area that has this raw natural beauty that is unprecedented elsewhere in Southern California for a coastal city,” Peak said. “It is my job to preserve that for future generations and future Pepperdine students.”

“When I was a teenager my father fought for our cityhood in the early 1990s,” said Peak. “My father would take me to council meetings at the old City Hall and I thought it was really weird; at first I was really embarrassed. But that’s where I realized the rubber hits the road when you shape your community. My father became active in getting us marine protected areas that we have off our coast. I wasn’t in total agreement at first until I thought about it 20, 30 years down the road and the experience that he had here as a child with plentiful marine life had evaporated and decreased a lot, so I now I was able to understand that.”

Peak, who previously attended the University of California Irvine before attending Pepperdine University when his father got sick, said that after his father unexpectedly passed away, a city council member asked him to take his father’s seat on the Wastewater Board. He was later asked to serve as a Parks and Recreation commissioner for the city. When a city council member told him that he should run for city council, Peak said he initially felt unsure of the decision, knowing it was a huge responsibility.

“I thought what’s not a better way than to participate in my life and my children’s life than get a couple things in the pipeline for our community,” Peak said. “There’s an old saying that my dad used to say that in life you can either be a participant or a spectator and you make the choice to participate.”

As the youngest mayor of Malibu and often the youngest person in the room with city council, Peak said that his youth, far from being a drawback, has helped him in his career. From his technological advantages that enable him to communicate with others in the city, to the “learning curve” he associates with learning the tricks of the trade, all have culminated to allow Peak to be a better leader, and more experienced person, he said.

Peak said that he is running his re-election campaign on a preservationist and environmental platform. Peak said that he has devoted his life to this cause and will continue to do so in the future by engaging with the local community and developing relationships with the individuals in the community. Peak said he hopes to get Jefferson Wagner and Rick Mullen elected with him. The three are running on a platform together in order to pursue and further his environmental and preservation movement in the community

To help facilitate this movement, Peak said that some of his goals if re-elected include having a City Hall that uses solar power, electric vehicles for the city, not using pesticides and anticoagulant rodenticides, and furthering the ban on polystyrene foam. In addition to his environmentalist goals for the city, Peak also hopes to acquire more land, have Malibu own their own school district, further address the increasing homeless population in Malibu, and improve safety and traffic conditions on Pacific Coast Highway.

One of the major goals of Peak’s bid for re-election is preserving Malibu’s rural residential land, an emblem, according to Peak’s website, of the town’s “historical charm.”

“I would propose that the city look at acquiring more land slated for commercial development – and even more residential development for that matter,” Peak said. “And the city possibly look at passing a bond measure to fund that. I think that there’s going to be room, for our community, if we want to not have those properties developed, we need to put our money where our mouth is, and acquire them. I strongly believe in people’s property rights, and I don’t think you can commit a taking.”

Malibu’s rural coastal charm is familiar for Peak, and he is well versed with the lay of the land, something he cites as an advantage in his campaign for reelection.

“I grew up surfing at every beach in our community, I grew up riding mountain bikes and motorcycles throughout all of the hills in the city; I have lay of the land geographically understood,” Peak said. “I spent time in different parts of the community, having friends in those places. There are different needs in different places of our community and I’ve put myself out there and my life listening to those.”

Saying that he is grateful for his education at Pepperdine and deeply indebted to the teachers that made him a better person, Peak said that it is important to support the university and its students by supporting the local businesses that employ Pepperdine students. If re-elected, Peak said he would like to create mentorship opportunities between students and the residents of Malibu.

“Malibu has a wealth of people that can be really good mentors to college students,” Peak said. “You have people that are the leaders in history, the entertainment business, the creative world throughout our city, and I would like to see more mentorship opportunities.”

Peak said that Hung Le, Pepperdine University’s Associate Vice President & University Registrar, was a mentor to him during his time at Pepperdine and made a positive difference in his life. Le wrote in an email that Peak is dedicated to the people of Malibu.

“Skylar is committed to the best interest of the citizens of Malibu,” Le wrote. “This city has been his lifelong home. The people whom he serves are his family, friends and neighbors. His concern for Malibu is beyond politics; it is very personal.”

As far as the future of Malibu goes, Peak said he hopes that through the sustained efforts of the city and the people of Malibu, the city will continue to maintain the hallmarks that have made it unparalleled to other cities.

“I think Malibu is a place that won’t change a lot, hopefully, if the right people are elected,” Peak said. “Malibu needs to remain an amazing place to raise a family and live in, and hopefully the sense of community gets stronger.”

Wells Project Kicks Off 10 Days Campaign with 'Why Water?' Convo 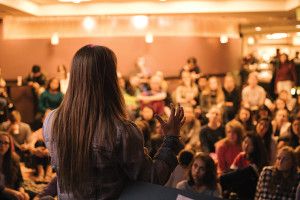 Wells Project Kicks Off 10 Days Campaign with 'Why Water?' Convo

Photos by Matt BentonThe Wells Project kicked off its 10 Days Campaign on Tuesday night in the HAWC with its "Why Water?"...
Copyright 2013 Jupiter Premium Magazine Theme
Back to top