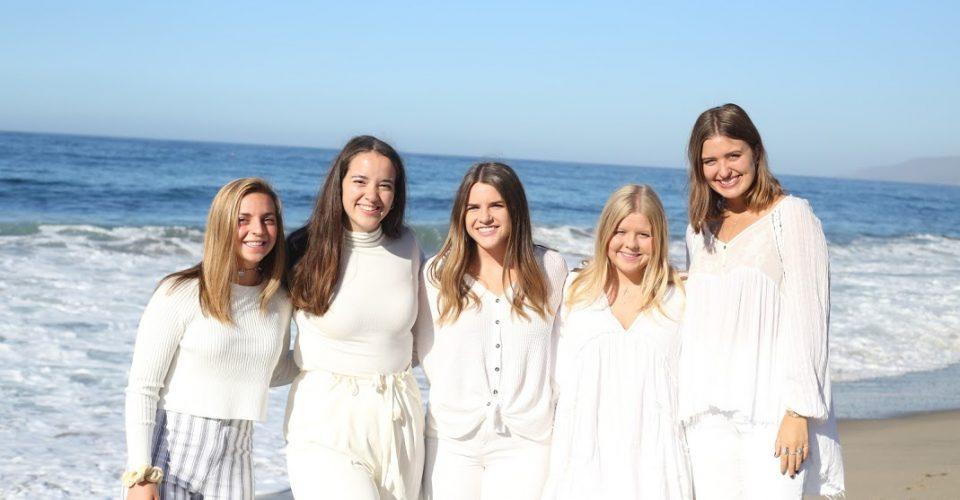 Addy Hardin (center) and the four other Pepperdine students that make up the core team of Harmonize, a nonprofit organization, pose for a photo on the beach. Photo courtesy of Addy Hardin

Pepperdine students are witnessing first-hand how a national emergency can affect business operations. Employees, including students, are out of work as it remains unclear when businesses will return to regular operations.

“It’s kind of madness,” junior Jacqueline Schott said of COVID-19’s impact on her workplace, OLLO. “We’re not really sure when things will go back to normal.”

Located only a few minutes from campus, OLLO is a sit-down restaurant that offers locally-sourced California cuisine. Schott worked as an OLLO hostess for seven months and was present when Gov. Gavin Newsom gave the order to move all restaurants to takeout orders only.

“The one manager that was working was pacing trying to figure out what to do,” Schott said.

At first, OLLO decided to fill takeout orders but had to greatly reduce their staff.

“Obviously all the college kids were like ‘Yeah, you can let us go’ because there are other full-time employees who need the money more,” Schott said.

After only one day, Schott said OLLO managers realized relying on takeout orders would not be enough to sustain the restaurant.

“OLLO is really a tourist spot,” Schott said. “Most of our business is generated from people visiting Malibu.”

Without tourists, OLLO has decided to close indefinitely. Where does this leave their student employees?

Schott said managers encouraged the employees to file for unemployment. Meanwhile, some of OLLO’s employees and loyal customers tried to help the employees hit hardest by this crisis.

“The restaurant has been really sweet to some of the people who work in the [kitchen] since this really is their only source of income,” Schott said. “They’ve been getting donations from other OLLO workers and people who go there often to give to those families.” 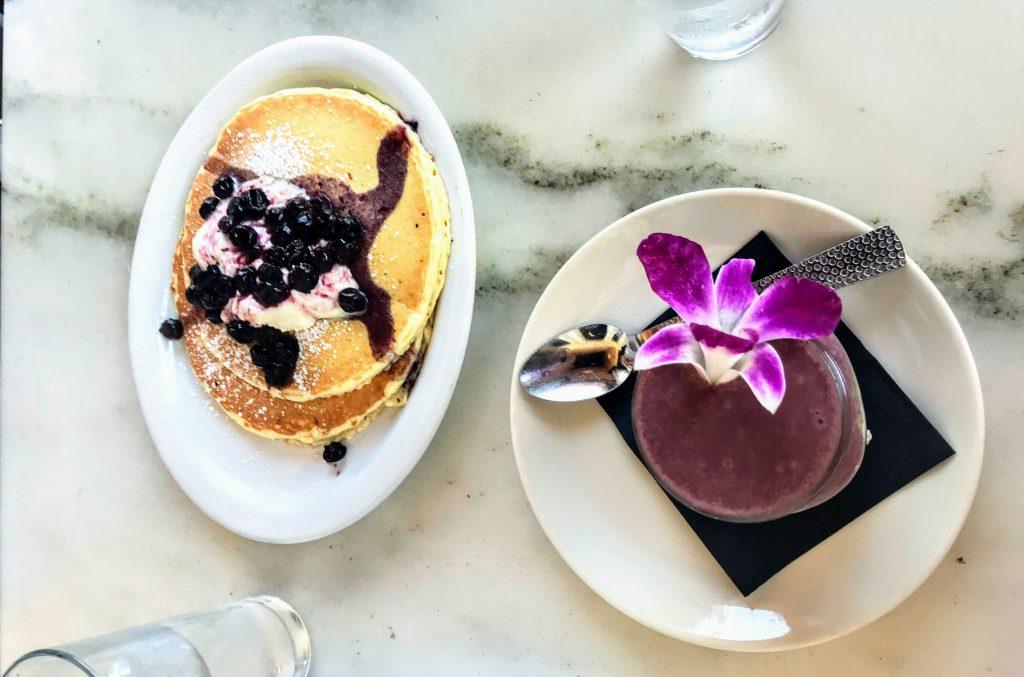 Jacqueline Schott loves the food at OLLO almost as much as she enjoys working there. Photo by Caroline Sharpless

Schott is not the only student whose job is being disrupted by COVID-19. Just weeks ago, junior Joe Zintz was working at the front desk of SoulCycle, a fitness company that offers indoor cycling classes. There were 12 to 14 other employees who worked alongside Zintz at the Calabasas location. He said SoulCycle shut down after Mayor Eric Garcetti’s announcement mandating all gyms and fitness studios to temporarily close in LA. Beforehand, Zintz said SoulCycle employees were taking as many precautionary measures as possible to keep business open.

“Before the shutdown, there was mandatory cleaning every hour to try to stop the spread of the virus,” Zintz said.

Zintz said while SoulCycle was already very clean, employees reinforced the company’s cleanliness and will probably continue to do so in the future. He added that, in order to protect its employees, SoulCycle has paid them for two weeks after the shutdown. Unable to work, Zintz has moved home to Iowa for the time being. As for the future of SoulCycle, it still is up in the air.

“I’m not sure what’s going to happen,” Zintz said. “Moving forward, there may be new precautions put in place.” 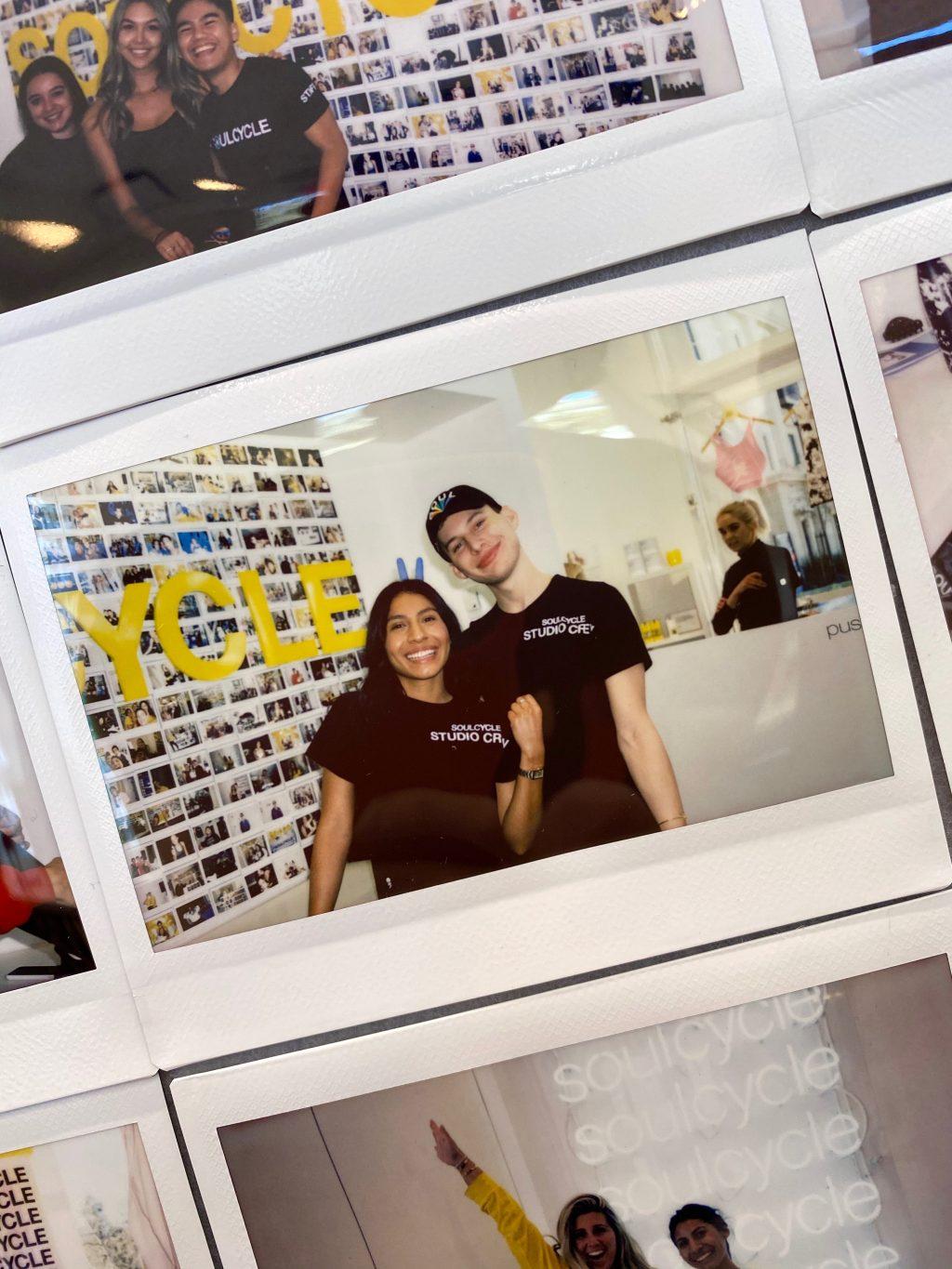 Junior Addy Hardin, executive director of the nonprofit organization Harmonize, is also being forced to adapt to this new reality. Hardin and her team, along with several other Pepperdine students, spent the last seven months planning their main event, Harmony 2020, a live show featuring musical performances by students at Christian universities across the country.

“Harmony is essentially Songfest on a bigger scale,” Hardin said. “Pepperdine’s sister schools all hold their own music competitions like Songfest and then the winners all come together to perform in our show.”

Unfortunately for Harmonize, a live show is not compliant with the state’s shelter-in-place order.

“It was interesting because we actually received the email saying school was canceled during our weekly Harmonize meeting,” Hardin said. “It was a total stab in the heart because we felt like all of our hard work was for nothing.”

Hardin and her team originally decided to cancel the event, but later realized they could produce a virtual show instead. Now Harmony 2020 will be available for streaming on their Facebook page at 5 p.m. PST on April 4.

“At the end of the day, some positives have come from this,” Hardin said. “We can now reach more people and offer it to them for free.”

All of the Harmonize employees will continue to be paid as they work from home. 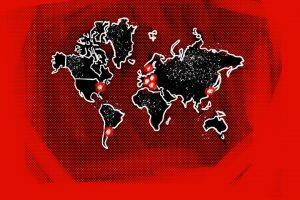 Art by Ally Armstrong Editor's Note: The reporter is a member of the Buenos Aires 2019–2020 cohort and served as the Graphic's...
Copyright 2013 Jupiter Premium Magazine Theme
Back to top